The Museum of Ice Cream lives in a placid pink warehouse, right in the heart of LA’s Arts District. Next to a hip nail salon, one of the city’s best restaurants, but also rather desolate parking lots, the Museum is a benevolent institution within the concrete exterior of the Arts District.

Entering the first door, visitors are dropped into a bubblegum pink room, lined with retro cord telephones. They are then directed to pick up the phone, only to be greeted by Seth Rogen’s familiar voice. It’s a pleasant surprise to hear Rogen, as he sets the tone with an informality that’s comforting. He encourages us to forget that he is in fact Seth Rogen. Today, he is the ice cream fairy, here to transport us into this magical world.

Spewing ice cream facts through the phone, like the fact that American eat two tons more ice cream than then the rest of the world, Rogen gears us up for the rest of the ice cream journey. He encourages us to jump up and down, and literally scream for ice cream. In fact, the whole staff is similarly giddy, animated, and eager for sweets. From the first few minutes, the mission of this museum becomes tooth-achingly obvious: Forget the outside, indulge and let your guard down. All of which seems possible, because we all know that stress is the antithesis of ice cream.

Within the museum, there are 10 different installations, each separated by corridors and entryways. Four times larger than the New York City outpost, LA’s Museum of Ice Cream is of epic proportions. The first room is California-themed; it’s an Instagram haven for those who are looking for a different take on Los Angeles landmarks. That includes whimsical California motifs splashed on the walls, including palm trees, the Venice Beach boardwalk and the Hollywood Walk of Fame stars. Even the color scheme is decidedly Californian.

Follow the path through 10,000 hanging “split” bananas into another very California inspired room: the mint chip “grow house.” Real mint plants, growing out of cacao, completely cover the green room. A docent on deck coaxes the crowd to spray the plants with sugar and positivity.

Take a stroll through melted popsicle jungles and gummy bear hallways, until you reach a room with a darker vibe than the others. Titled the “Black Chaos Room,” artist Abel Bentin of Peru puts madness and chaos into mundane and innocent objects. That includes samples of black cookie dough and a Greek bust, smothered in melting chocolate cones.

The most famous rooms of all is the installation that made 200,000 New Yorkers sit on a wait list: the sprinkle pool. One hundred million sprinkles are yours for the swimming. Two rules only: take off your shoes and do not eat.

Following some rather distinct smells, the tour was transported into a Museum of Ice Cream “clubhouse” where we were offered a final surprise. Lo and behold, a homemade pancake ice cream sandwich appeared, made from two strawberry pancakes, packed with blueberry crunch toast with maple syrup in the middle.

There are so many surprises and treasures inside The Museum of Ice Cream. The nostalgia of ice cream as a simple dessert is transformed into a modern maze of illusion, fantasy and dreams. It’s the emotional, sensory, non-analytic journey of this museum which makes it truly exceptional. 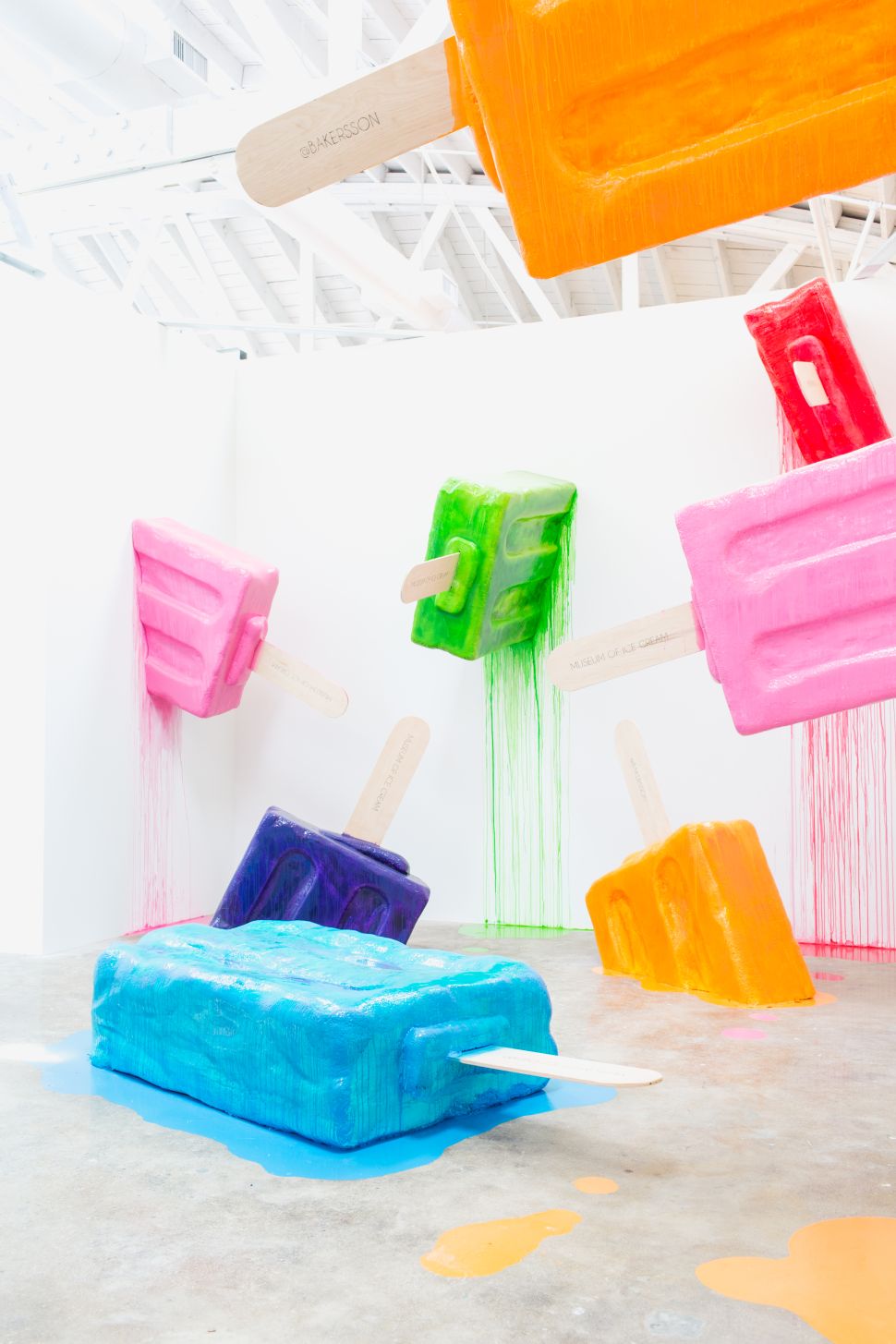