Anyone interested in politics and not living under a rock (or without WiFi) knows that the first seminal tell-all, insider account of the 2016 presidential elections is now available for download or purchase. Shattered: Inside Hillary Clinton’s Doomed Campaign is a blow-by-blow account of the failed Clinton campaign, chronicling every misstep, bad decision, and fatal flaw that ultimately led to the election of Donald Trump. The reviews of Shattered are quick to blame Hillary for the result.

“…the portrait of the Clinton campaign that emerges from these pages is that of a Titanic-like disaster: an epic fail made up of a series of perverse and often avoidable missteps by an out-of-touch candidate and her strife-ridden staff that turned a ‘winnable race’ into ‘another iceberg-seeking campaign ship.” – The New York Times

“…like a Kafka novel – a lunatic bureaucracy devouring itself. But since the ending is the opposite of funny it will likely be consumed as a cautionary tale.” – Rolling Stone

“…the worst blows Clinton suffered were self-inflicted. If the controversies and corruption memes came to define her, they write, it was largely because she never managed to define herself.” – NPR

“Shattered makes indisputably clear that she was unquestionably the worst major presidential candidate in our lifetime… she and her people were incapable of making a good call. About anything.” – The New York Post

“But it wasn’t long until Clinton and her team quickly began blaming everything under the sun – racism, sexism, Russian, the FBI, even Obama – for her loss. She and her family are still out there blaming sexism…Shattered should lay to rest any arguments that anything other than the campaign itself bore the brunt of the responsibility for Clinton’s loss.” – The Denver Post

None of these interpretations are shocking. But after finishing the book this weekend, I came away with a different view of Hillary—one surprisingly more positive than I went in with. First, let’s stipulate a few things. The book establishes that she was a terrible candidate—wooden, scripted, inauthentic. Guess what? I already knew that, as did every single person who voted in the election, whether you were for her or not. Shattered also establishes that she’s bad at running presidential campaigns. Since she was the favorite in two separate races and managed to lose them both, I didn’t need a book to tell me that either.

But here’s what the book did teach me: the image I had of Hillary—someone who was selfish, entitled, poll driven, and a little sleazy—is not completely accurate. In other words, even though the book is mainly about Hillary’s failings, I actually came away from it liking and respecting her more. A few examples as to why:

Does any of this change the result? No. But as we look to 2020, just giving voters a Democratic alternative to Trump—someone authentic with sharp instincts for what people want to hear—isn’t enough.

In a perfect world, we’d find someone who shares Hillary’s passion for policy, focus on substance, obsession with governing details and combine that with someone who can speak directly and authentically to voters. Hillary wasn’t that candidate. But it wasn’t for a lack of concern for the people she hoped to represent. As we parse through the remains of her campaign and the story told in Shattered, we should keep her underlying intentions and priorities in mind. She deserves that much. 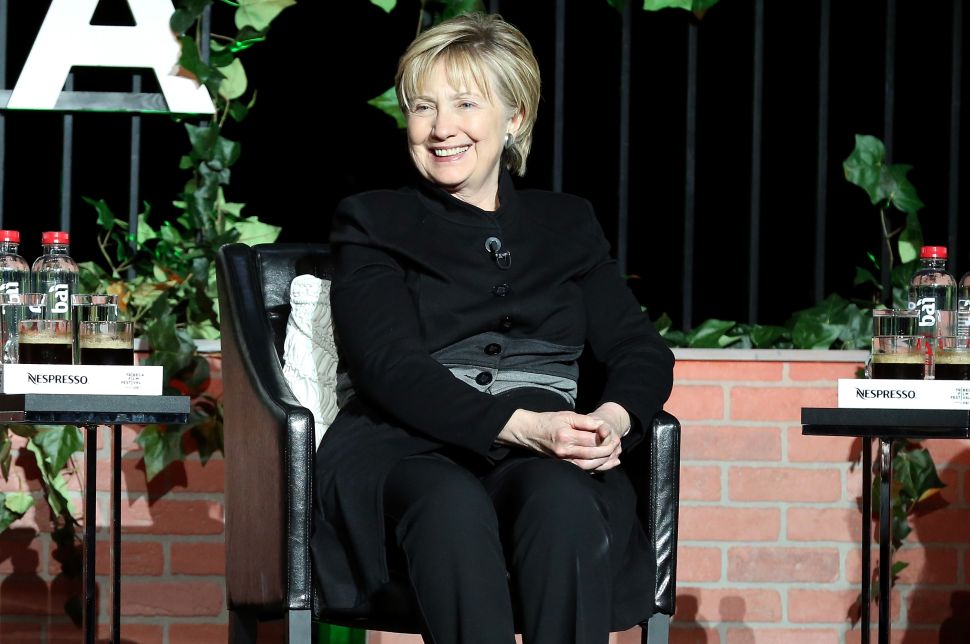