In a recent interview with Dan Rather, who shared some of Madonna’s recent speech on misogyny from the Billboard Music Awards, Sheryl Crow hinted that Madonna and other female pop stars damage the image of women when they use sex as a “form of power” in their “business form.”

This kind of slut-shaming is surprising coming from Sheryl Crow, a woman who has defended all types of liberal feminist causes throughout her career. Even though Crow said she wouldn’t put it “all on Madonna,” the Queen of Pop’s fans were furious and took to Twitter to let Crow know what they thought.

.@SherylCrow @Madonna @SherylCrow is a total hypocrite she has done many photoshoots like this over the years to promote her music career pic.twitter.com/6zJYWnJWCN

@SherylCrow why trash Madonna on how women are viewed? Do t be a hypocrite! pic.twitter.com/mlzzAmyz6g

Madonna’s fans noted that the “Like a Prayer” crooner has never presented herself as an object of men’s sexual desires; she presents herself as the conductor of her own—something that has always bothered heterosexual men. The provocateur helped take something that males controlled for centuries and turned it on them. Because of Madonna, women are allowed to want to “get laid.” This was something completely looked down upon just 25 years ago.

Unfortunately, Madonna’s sex-forwardness has made her an easy target. How many times have we read that Madonna “ruined it all for women” or she was “a horrible role model” who taught girls to be sluts? Madonna has fit the “degrading woman” label many have given her in very few instances (SEX book, performance with Drake at Coachella).

One also cannot deny there is some truth to Crow’s interview when it comes to women in the industry as a whole. For every Madonna and Beyonce, there is a Britney Spears and Miley Cyrus. To be sure, both pop stars are great entertainers, but they have rarely presented any type of sexual power beyond “Look at me! Watch me take off my clothes!”

One could argue that there has been—and continues to be—a complete double standard in the music industry, which Madonna touched upon in her Billboard speech.

“If you’re a girl, you have to play the game. You’re allowed to be pretty and cute and sexy. But don’t act too smart. Don’t have an opinion that’s out of line with the status quo. You are allowed to be objectified by men and dress like a slut, but don’t own your sluttiness,” the “Rebel Heart” singer told the audience, adding that Prince and others have been able to get away with things women haven’t.

Anybody who grew up in the 1980s and 1990s knows the double standard. Prince was certainly criticized for his sexually explicit songs and videos early in his career, but he was never a pariah accused of “ruining young boys.” Remember when the Parent’s Resource Music Center brutally criticized Madonna’s relatively innocent songs such as “Like a Virgin” and “Dress You Up,” but had nothing to say about Bruce Springsteen’s hit “I’m on Fire,” which was released around the same time period? The highly-sexualized song talked about “waking up at night with the sheets soaking wet” among other things. Was Bruce ever accused of making young boys victims of their teenage desires?

One could add Donna Summer, Sheila E, and Christina Aguilera to the list of the slut-shamed. Early on, Beyonce was also a target of the double standard. And we can never forget about Janet Jackson.

Janet’s Super Bowl Halftime performance with Justin Timberlake in 2004 is what many consider ground zero for sexual double standards. The uncovering of her nipple became one of the biggest events in entertainment history. Sure, Janet shouldn’t have been immune from any criticism, but it produced a torrent of slut-shaming, body-shaming and “moral” shaming that destructed Jackson’s career like a wrecking ball.

Jackson received the brunt of the backlash from the American public and the network while Justin Timberlake remained relatively unscathed. Wasn’t Justin the one who ripped her clothing to reveal the breast? Did those who accuse Janet of spreading the wrong message to young women say the same about Justin negatively influencing young men?

The sexist double standard still exists. While Miley Cyrus’ performance at the 2013 VMAs was certainly ridiculous, the public and the media resorted to slut-shaming the singer and accused her of being a poor role model. As Crushable noted weeks after the performance, Miley rightfully pointed out that barely anybody criticized Robin Thicke, the man “behind the booty.”

Unlike the stars previously mentioned, Sheryl Crow has not used her sexuality as a main element in her act, but she has used it in ways that make people think she’s being hypocritical. There are pictures showing Crow on stage submitting to John Mayer with a bikini as well as one where she grinds up against Kid Rock, touching his buttocks. Let’s not forget that Sheryl began her career touring with the Rolling Stones, a band who oozes sexuality in their performances.

Sheryl Crow is a passionate and talented woman with a catalog of hits that have stood the test of time. She has also turned her breast cancer scare into an open dialogue. But Crow is wrong in thinking she’s helping feminist causes by policing how women should behave. Furthermore, she is aligning herself with men who have tried to do the same. Before criticizing other women in the music industry, Sheryl Crow needs to take a long look at herself and how her words could hurt women more than their artistic desires ever could. 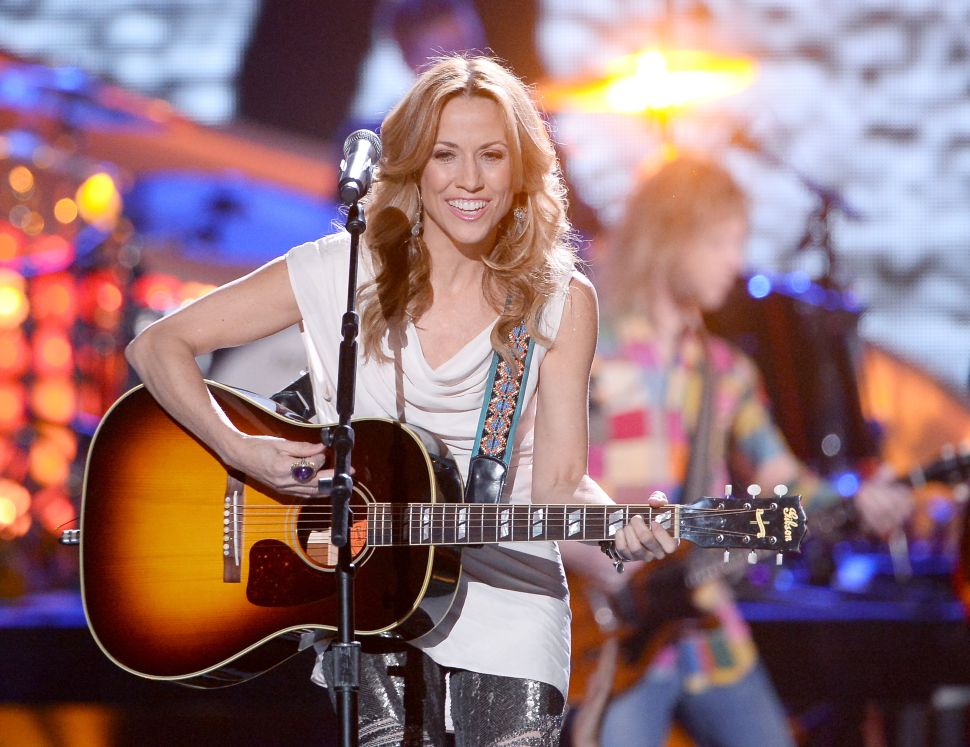