After his latest movie Man Down was seen by only three individuals in all of the United Kingdom, actor and artist Shia LaBeouf has literally retreated to the woods. In actuality, the two events don’t have any connection to one another, but given the fact that LaBeouf is currently hunkered down in a log cabin in Finland all by himself for the next month, with only a cellphone and a camera feed into Helsinki’s Kiasma gallery as his connections to the outside world, it seemed appropriate to mention Man Down.

LaBeaouf’s seclusion is actually his latest art project, titled #ALONETOGETHER, done in collaboration with his frequent partners Nastja Rönkkö and Luke Turner, who will both be sequestered in separate cabins for the duration of the project, according to the Verge. Inside Kiasma’s gallery, visitors will be able to send messages to LaBeouf, Rönkkö and Turner, who can only respond via text. A live feed on the project’s website shows visitors, in real time, in the gallery, along with a transcription of the artists’ texts.

Here’s hoping LaBeouf, Rönkkö and Turner don’t get too lonely out there. At least no lonelier than the Man Down‘s three U.K. viewers. 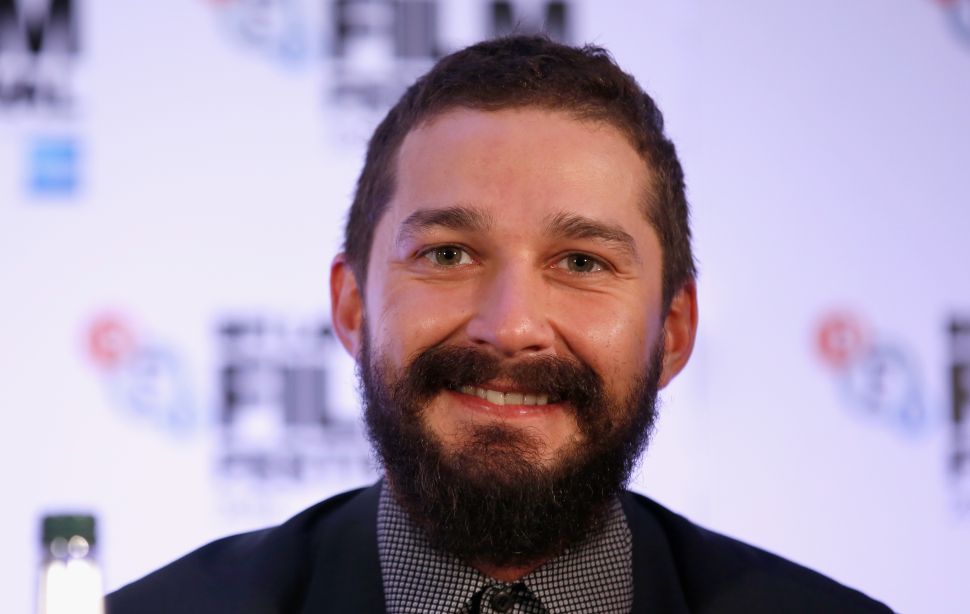