They say experience is the best teacher. They’re right.

As recently as two years ago, company ownership felt like single-handedly carrying the weight of the world. My assumptions about growing team members (they’re smart — give them time and they will learn) were disastrous.

I was too tolerant of the “insidious cancer” that undermines organizations and teams (thanks to fellow Inc.com columnist Jeff Haden for that turn of phrase). I attempted to lead younger employees as if they were me. It didn’t work.

If only there were a test for emotional intelligence. Since there isn’t — at least, not that I know of — here are the best ideas that have come from my own experience.

If you’re dealing with problem employees and are seeing any of the following issues, I suggest you cut your losses quickly and send them packing before the toxin can spread.

1. They thrive on gossip.

Here’s a scenario: A employee’s name comes up, and another employee’s automatic response is a smug “Yeah, I’ve got the goods on her.”

2. They rush to lead the “meeting after the meeting.”

The after-meeting covers complaints that people didn’t bring up during a meeting and why they believe an idea that was brought up won’t work and should not to be implemented.

It might include an intraoffice message on Skype, Slack, or Google Hangouts like: “Hey, get a load of the stupid things George said in staff meeting.”

When you get a pit in your stomach about the under-the-radar influence a person is attempting to wield, trust your instinct and nip it in the bud.

3. They believe they’ve paid their dues.

The only dues that count are the ones that are earned in the line of duty. If you start hearing, “We went through a recession, but I didn’t quit” or “Yeah, I’ve been lagging, but after eight years of service, I can’t believe you’d even bring it up,” let that person go.

4. They complain about the company to clients.

In one such case, a client finally said to our employee, “If you are really that unhappy, why don’t you work for a different agency?”

Then he let me know he wanted to be served in the future by either me directly or by someone more senior than the guy we had sent.

Occasionally, this behavior is successful in getting a client to breach a non-compete clause and hire the individual directly. But on all sides, this is playing with fire. These kinds of clandestine relationships are generally short lived (and the employee’s reputation for poor ethics lives on).

A few examples from my own experiences:

Credit grabbers resent any acknowledgment that includes the team or company they work for: “This client’s results are me; all me. I just put your company’s name on it.”

I encountered this once, and invited the employee to leave and freelance for the client directly, with my blessing. The result, of course, was short-lived.

7. They purposely hold others back.

Withholding needed information or resources from fellow employees falls into this category, as does pulling the boss aside to report on others for exaggerated wrong doings.

It also includes undermining a superior in front of a client.

8. They show disrespect and arrogance.

Do you have an employee who walks out of meetings with senior executives to take personal calls without apology or explanation? Or who attempts to issue orders to the boss: “You’re going to have to find somebody else to do that.”

Someone like this is likely to avoid or refuse feedback, and is quick to blame failings on co-workers, clients, or even the boss. There are no ways to survive this behavior. Run away.

9. They (subtly) threaten the boss.

If an employee believes the grass is greener elsewhere — or is threatening you by dangling a competitive offer — he or she should go. An attitude of resentment and entitlement is poison to your organization.

Especially toxic is the employee who takes pride in lying to the boss to achieve “rogue cowboy” status with others. This is a way to show off by taking digs at a boss to prove that “nobody tells me what to do.”

As always, a firing should be reserved for a situation in which there is no better choice. But if you are seeing these traits, the faster you deal with the issue, the better off you will be.

Cheryl Snapp Conner is is founder and CEO of SnappConner PR and creator of Content University™. She is a popular speaker, author and columnist. Get Cheryl’s free Definitive Guide to Thought Leadership ebook right here. 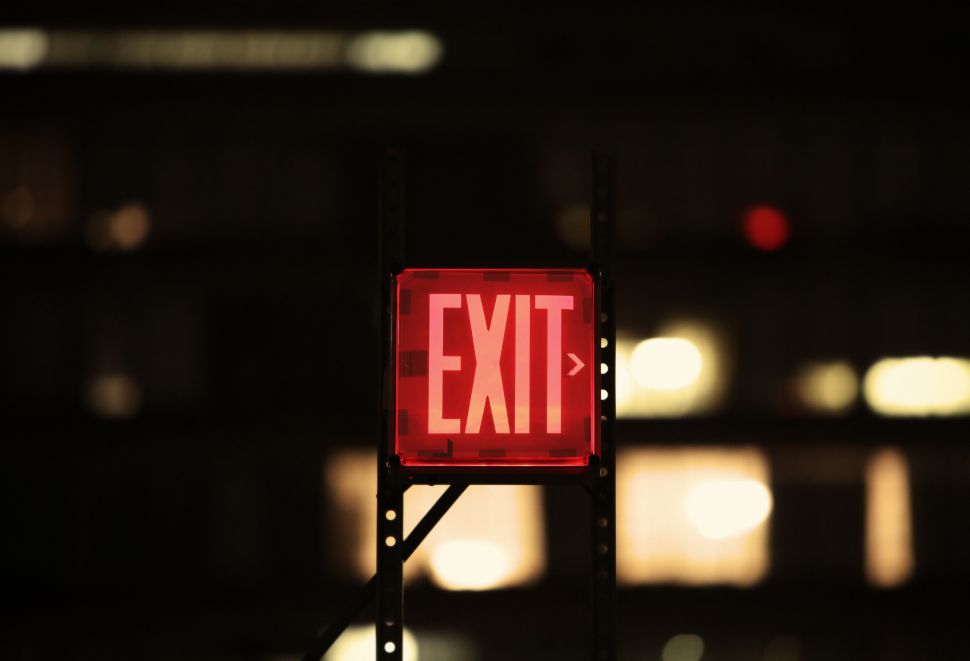