The practice of therapy is the practice of boundaries.  There’s the big obvious stuff, like holding the boundary that prevents you from breaking client confidentiality (and if you won’t hold this one yourself, the American Counseling Association will hold it, and your license, for you).  But there’s also little stuff, like holding the boundary of treating your clients as clients, rather than the way you treat friends or lovers.  The various boundaries of the therapeutic relationship are seemingly easy to hold, yet boundary violations remain the number one reason why therapists commit malpractice.  Seeso’s new comedy about a doctor trying to become a therapist, Shrink, is a master class in showing not just the dangers of bad boundaries but also the allure of keeping them that way.

The premise of the series is that protagonist David Tracy (Tim Baltz) was unable to land a residency after completing med school, and is now in mega debt with no path towards becoming a doctor.  As a last resort, he decides to try to become a therapist by completing roughly 2,000 hours of free, supervised therapy in his parents’ garage.  For his supervisor, he recruits the psychiatrist who helped him sort himself out after his father died during his childhood, Dr. Paula Sue Dee (Sue Gillan).  Whether or not this is an actual, legitimate path to licensure – which seems dubious, but may be possible in Illinois – is besides the point, as David begins receiving clients for his free therapy and immediately doing a terrible job with them.

There are two primary issues that trip up David’s practice and make him a danger to his clients.  The first is that he appears to have no training whatsoever, which is a hurdle that is somewhat mitigated by being a character on a TV show.  The second and more salient issue is perhaps best described by his supervisor, Paula.  When he initially tries to recruit her in the first episode she rejects him, claiming that he is more interested in helping himself than his clients.  After spending some time feeling down, he returns with tapes of his sessions and in impassioned speech, eventually making the point that he does care about his clients.  Paula hears him out, relents, and the series moves on.

But this is worth talking about!  While it is abundantly clear that, yes, David does care about his clients, that does not absolve him of his desire to help himself at their expense.  There is likely no therapist, or any other helping professional, that does not wish to help themselves.  We’re all human, after all; no amount of good intentions can separate us from being self centered and self interested.  It’s not rare or shameful to have a part of you which regards your clients as people you could use to your own benefit, but if you treat it as such then you repress it.  And when you repress something, you start to act on it unwittingly.  And in a few short months or years, you have a malpractice suit on your hands and, worse, a client who has been badly damaged by your repressed and human desires.

With David, we see this all over his caseload.  He’s pursuing one of his clients romantically, places demands on another one to be his ‘best’ client, and uses many of his clients as friends to deal with his loneliness.  He even sees a woman he grew up with and tormented as a child, snickering to himself as she recounts the litany of abuses he put her through.  While David does do good for his clients, like with all young practitioners it’s hard to know where to begin addressing his mistakes.  The issue at hand is systemic – while some of his intentions are altruistic, others are significantly less so, and his boundaries are far too loose to protect his clients from potential abuse.

Holding strong boundaries is often the most subtly difficult work of therapy, as well as what makes a real therapeutic relationship possible.  The boundaries are there as an acknowledgment of and protection against the unavoidable human urges to pursue intimacy and closeness in relationship.  The relationship between a therapist and client is intimate and beneficial, but for the client.  When a client shares a story of emotional difficulty, the therapist is often able to relate, but is trained not to do so because that hour is for the client, and is very expensive.

Essentially, the therapeutic relationship is purposefully different than one of friendship or romance.  Whereas a regular relationship with another person is based around mutual growth and support, that between therapist and client is designed to offer a perspective to the client that they don’t get very often.  The therapist stands emotionally away from the client, empathizing with the client’s emotions but not losing themself within them.  In this way, the therapist is able to handle being in the presence of deeper, scarier emotions, and thus the client is able to bring them to the surface.  The point is for the client to find what’s repressed and see it, and you can’t do that when you’re both trying to show what has been previously hidden.

Thankfully, the show does an excellent job of showing just how this might work when done correctly.  In the third episode, “Well Sanded”, David runs into Paula at a sex toy store while trying out some exposure therapy on a client who thinks sexual urges aren’t normal.  David immediately abandons his client to go talk to his supervisor, who effectively stonewalls him.  He asks her a few questions about what she’s doing there, and she offers extremely unsatisfying answers.  Eventually realizing he’s not going to get what he wants out of her, he relents and goes back to working with his client.

This is a perfect example of how to hold boundaries in therapy.  David sees a moment of shared experience between him and his supervisor and pushes her for more info.  Clients do this all the time, sometimes out of real curiosity and sometimes as an effort to lower the intensity of the therapeutic relationship without directly acknowledging it.  By not satisfying his desire for knowledge about her sex life, Paula has kept the intensity of their relationship at an appropriate level for work, as well as allowing it to remain squarely on the shoulders of the person doing that work, David.  While Paula likely felt a strong desire to explain herself – being seen buying sex toys can feel fairly exposing – she avoided it, because she has a professional relationship with David that would be harmed by self disclosure.

By holding her boundaries, Paula diverts David’s attitudes about purchasing sex toys back onto himself, giving him a chance to see his own repressed attitudes and assumptions more clearly.  This is the point of therapy!  When David uses his clients to fulfill his desires for friendship, accomplishment, and romance, he denies them the opportunity to experience loneliness, failure, and lack of desirability in a safe environment.  He steals their normalizing experiences from them.  Being a therapist requires more than the desire to help others, basically everyone has that.  Rather, being a therapist means acknowledging the desire to help yourself and putting it aside for an hour at a time.  Just as good mirrors have frames, good therapists have boundaries. 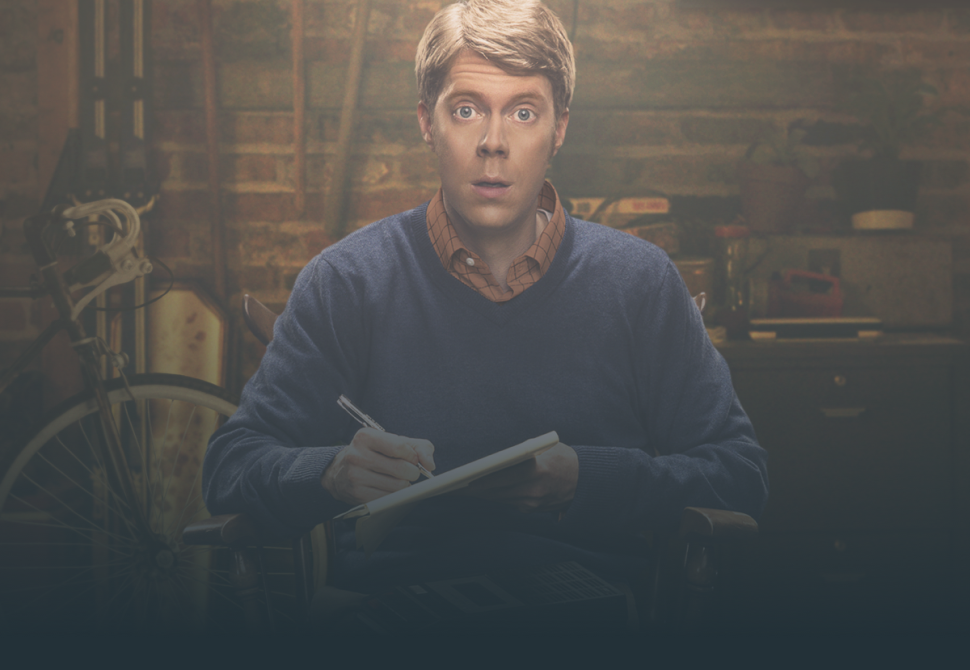