Voice technology has become increasingly common in recent years, with gadgets like Amazon Echo and Google Home, along with Apple’s ubiquitous Siri, leading the pack.

But according to a new report from marketing firms Mindshare and J. Walter Thompson London, the voices don’t just convey information—some users have much kinkier fantasies about them.

The “Speak Easy” study, which was conducted in Britain between January and March, used imaging technology to measure how the brain responds to voice commands for tasks (as opposed to typing them). The study leads then asked participants to catalog the activities which they used voice technology for over two weeks. Over 130 people took part in the experiment.

Some participants used voice commands frequently in their everyday lives—37 percent reported that they employed voice technology at least once a month, and 18 percent said they used it weekly.

Others, however, were not as familiar—23 percent had only used Alexa once or twice, while 12 percent said they had never used it at all.

The study also found that typical voice users are young, male and affluent—50 percent of 18-34-year-olds, 43 percent of men and 48 percent of people with an annual household income of £50,000 (roughly $62,000) used voice more than once a month.

While the most commonly used voice commands are simple ones (“play music, tell me the weather, give me directions”) other users are more adventurous—18 percent of participants reported buying a product purely using voice “without looking at a website first.”

One of the biggest issues surrounding wider adoption of voice technology is privacy—44 percent of respondents worried that companies were listening in on their conversations with voice assistants.

Ironically, despite these privacy concerns many participants had no problem making their own private thoughts about Siri public. Indeed, about 25 percent of regular voice users revealed that they’ve had a sexual fantasy about their virtual companion.

An even higher number (37 percent) said they loved their voice assistant so much they wished it was a real person.

This may be a byproduct of the fact that while most voice users are male, most of the synthesized voices are female—studies have shown that women’s virtual voices are considered “warmer” than men’s.

Who knows? Maybe in a few years Joaquin Phoenix’s romance with an operating system in Her won’t be science fiction anymore. 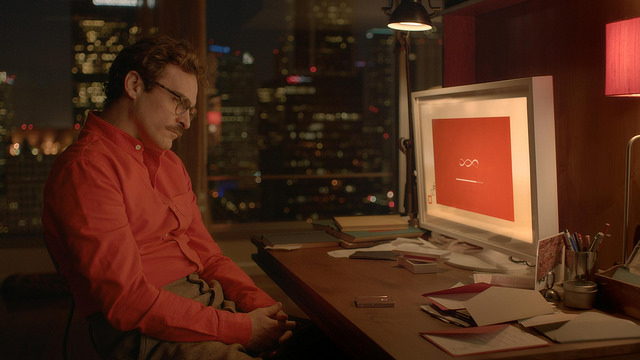