Elon Musk founded SpaceX with a vision to dramatically reduce the costs of spaceflight and launch humanity’s expansion into the solar system. Last Thursday night, the company made history by becoming the first to refly an orbital rocket that was recovered after a previous mission—a turning point that Musk believes will enable a human mission to Mars.

The Observer reached out to print, radio, and television reporters who have first-hand experience covering NASA and the commercial industry to get their reactions to the breakthrough reflight and what it might mean for the future of space exploration.

Brendan Byrne (WMFE 90.7 NPR Affiliate, ‘Are We There Yet’ Podcast) – “Accessibility is the key to exploration and rocket reusability is one way to make space open to more people. Thursday’s relaunch is a great proof of concept and if launch operators can duplicate those results, we’re on our way to becoming a spacefaring nation. SpaceX is leading the pack, but I wouldn’t be surprised if there’s many more on its heels. If we’re going to venture onto other planets, this is the technology we have to master.”

Sarah Fecht (Popular Science) – “One of the coolest things about being a journalist is being able to witness history being made, and that’s what we saw Thursday night. SpaceX has proven it’s possible to reuse a rocket that’s powerful enough to launch big payloads into orbit. They’ve still got a lot of work to do in terms of making the refurbishment process more efficient, but if reusable rockets result in the 100-fold savings that Elon Musk is predicting, that would be huge. Cheap and easy access to space means we could start thinking about building communities and economies in Earth orbit and on other worlds.”

Emily Calandrelli (Bill Nye Saves the World, Xploration Outer Space) – “Thursday’s launch will be a milestone to look back on. For one, it showed that reusable, recoverable orbital rockets are now a reality. But it also gave validation to a company who wanted to try something bold – something that they’d been working on since 2002 – something that many people said was too risky, too expensive and too impossible. But they did it, and the space industry is forever changed. Of course Spacex will need to prove out it’s reliability, but simply knowing that it’s possible places pressure on other launch providers. If you’re not working on reusable rockets at this point, how competitive can you expect to be moving forward?”

James Dean (USA Today Network, Florida Today) – “It appears the old rules of rocketry no longer apply. Big rockets can not only land but fly again. How often and how efficiently will determine how big the industry impact is, but Musk has delivered on his promises so far (with a few setbacks along the way), and we know Bezos and Blue Origin are coming on strong with similar goals for reusability. It was a fun mission to watch, in part because it looked so routine.”

Emilee Speck (News 6 WKMG) – “Elon Musk’s success with reusing the first stage of the Falcon 9 rocket opens a new door for the future of space exploration. Bringing down the cost of launches will increase the opportunities for more companies to purchase contracts with SpaceX. For the Space Coast, that means more jobs, more space tourists, and a return to being a busy spaceport again.”

“My launch coverage experience was very much in-line with my childhood growing up minutes from Kennedy Space Center. I watched from the 401 leading into Cape Canaveral Air Force Station because I wanted to be among the people who get out of their cars and look up in awe. On Banana River beach, I was setting up my shot with horseshoe crabs mating in front of me with a family vacationing from Canada to my left and a couple visiting from Germany to my right. It’s amazing that even though no one around me knew the significance of the flight-proven Falcon 9 booster reflight, they would not have missed the launch for anything. Ushering in a new era of pre-flown rockets surrounded by excited onlookers was just right.”

Michael Seeley (We Report Space) – “It’s difficult for me to put into words what I felt watching the SpaceX “flight proven” Falcon 9 successfully carry the SES10 satellite to orbit. In addition to the usual excitement of experiencing a launch, I also felt a sense of progression and curiosity about what that may lead to. I was there to see the “flight proven” first stage in its first life as it carried the CRS-8 payload to the International Space Station last year. I was also there to watch the first stage return to port atop the “Of Course I Still Love You.” And Thursday, we watched SpaceX take the next step, by proving that however cool it may be to land a rocket (and it is indeed cool), reusability of those rockets is essential. I am reminded, loudly, that there is a purpose, and vision, and an incredibly talented team executing this vision, making progress toward a goal to be an interplanetary species.”

Derrol Nail (WOFL Fox 35) – “I found myself watching this rocket even closer than before. Even though SpaceX told us their refurbished booster (or ‘flight proven’ as Elon Musk likes to call them) was put through all the same rigorous testing and certification that a new booster goes through, I felt a slight sense of worry that something bad might happen as I was watching the launch. But after the first stage separated, that melted away. And when the booster landed a second time, I was left feeling very impressed that this young aerospace company can keep pulling off these impressive feats of engineering.”

“Without a doubt, this will drive down the cost of spaceflight, though it may take some time. Elon Musk admitted he first has to pay off the billion dollars it cost his company to develop the technology. But he’s leading the way in driving that cost down, and it’s exciting to think about how better our world might be with greater access to space.”

Thaddeus Cesari (Utica Phoenix) – “It is a thrilling privilege to observe history as it is being made. There was a lot riding on this launch, primarily due to the implications of a fully reusable future in rocketry. It set the stage behind the scenes to be quite tense, though we were all obviously all hoping for the best. The thought of leaving this planet permanently has tickled at the back of our minds for years, and to witness a technology which literally sets us down that path in a definitive way is resoundingly special.”

Sawyer Rosenstein (Talking Space)- “Launch pad 39A has been home to some historic launches from moon landings to Hubble repair missions. It’s very fitting that SpaceX is using a historic site to make their own history. Having seen this booster launch back in April, one of the most spectacular things was watching the engineers react to the first ever barge landing. Now to see it launch and land again brings back those same goosebumps the engineers, and myself had on that day knowing that we’d witnessed a fundamental change in the future of spaceflight. This is the biggest step yet into the era of *actually* affordable reusable rockets.”

“It’ll be very interesting to see if SpaceX can continue this trend and what happens to launch costs, or if this becomes another space shuttle where the costs of repair were greater than expected. However this is private space, a whole new world. It’s amazing what can be done with an imagination and fewer budgetary constraints. It’ll be also interesting to watch how other private companies view this and if we begin to see a fundamental shift in the idea of cost savings and reusability”

Joey Roulette (WMFE 90.7/NPR Affiliate, Orlando Weekly) “Watching a rocket takeoff is already a stunning experience, but when it’s a SpaceX rocket launching for the second time- that’s just mind blowing. It’s that intimate moment between us and the rocket that fulfills a small amount of our curiosity about space. It symbolizes that space exploration isn’t going away anytime soon, and SpaceX’s ambition tells our generation that we’ll witness some of the most amazing feats in human evolution. Thursday’s launch was something amazing. We’re one step closer to becoming a multiplanetary species.”

Robin Seemangal has been reporting from the newsroom at NASA’s Kennedy Space Center for the last two years for the Observer with by-lines also in Popular Science and Wired Magazine. He does in-depth coverage of SpaceX launches as well as Elon Musk’s mission to send humans to Mars. Robin has appeared on BBC, Russia Today, NPR‘s ‘Are We There Yet’ Podcast, and radio stations around the world to discuss space exploration 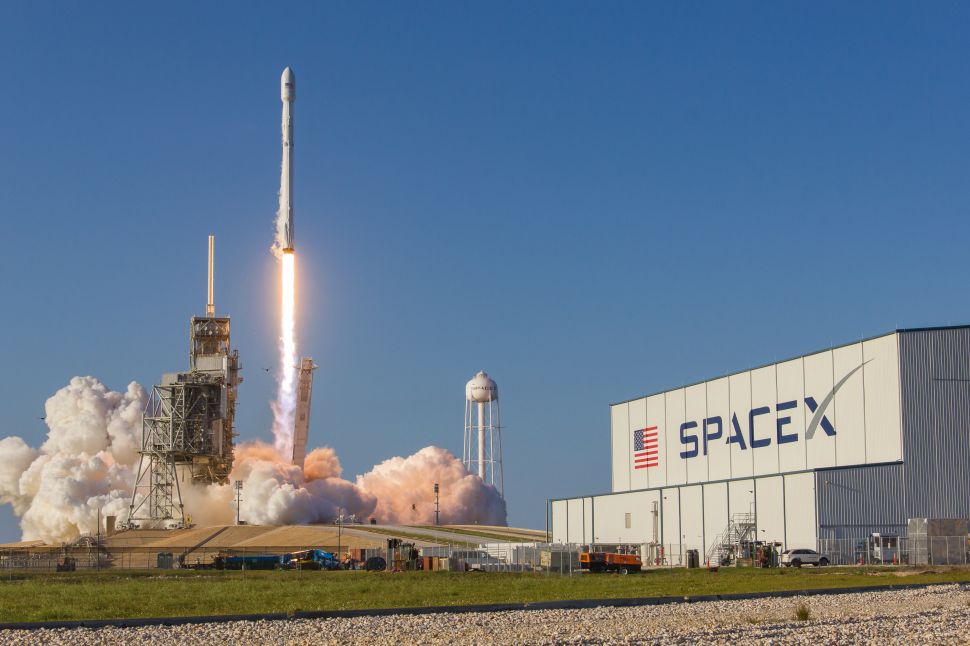