The launch sector was traditionally dominated by government contractors such as Boeing and Lockheed Martin. Additional diversity might yield benefits for entrepreneurs and organizations looking to lower the price of access to space. Launch focused astroepreneurs such as Bezos, Musk, Branson, and Allen are expanding the space transportation infrastructure to not only make money but to increase access to space. And with several new launch vehicles debuting, 2017 could be a strong year.

It’s worth addressing the difference between suborbital and orbital spaceflight. Suborbital vehicles only have a capability to fly to lower altitudes of space, which officially start at 62miles/100 kilometers above sea level. In terms of orbital vehicles, “For a 200 km circular orbit the orbital velocity is 7780 m/s (28000 km/h or 17400 mph).”

Elon Musk announced that SpaceX’s next orbital rocket, the Falcon Heavy, might have its first flight this summer. We might also see a return to powered flights by Virgin Galactic, whose suborbital vehicle, SpaceShip Two is designed to carry paying flight participants to the edge of space.

Microsoft co-Founder Paul Allen is tackling launch in a different way: air launch. Allen funded suborbital vehicle SpaceShipOne, which won the first XPRIZE competition in 2004. Allen is currently financing Stratolaunch Systems, whose carrier aircraft will be able to launch rockets from underneath the aircraft allowing launch from virtually anywhere (albeit with proper government permissions and licensing).

Blue Origin, which is owned by Amazon founder Jeff Bezos, is developing suborbital and orbital launch capabilities. Bezos is bullish enough on space that he recently announced he sells one billion dollars of Amazon stock a year to personally finance Blue Origin.

By lowering the cost of space access, space could be the gateway to unimaginable opportunities and potential solutions for all of us here on the earth. Hoyt Davidson, head of space focused investment bank Near Earth LLC, shared with me, “The Earth cannot do Quadrillion. Space can.”

It’s not solely about economics as space is an enabler that yields tremendous benefits including knowledge, jobs, technology, and other intangible benefits.

A new breed of satellites known as SmallSats are emerging that are significantly smaller and less expensive than the ones we traditionally think of that, for example, deliver satellite tv. SmallSats range from a few ounces to several hundred pounds and can be used for a plethora of new applications including but not limited to tracking cargo ships, conservation, testing pharmaceutical experiments and deforestation monitoring. The logic is that these new data streams from space could yield new insights that will help generate new insights and economic activity.

Besides launch costs, one of the constraints for the NewSpace sector is access to capital. Most banks are unable to lend to startups, so astropreneurs typically leverage self-funding, government grants, angel investments and venture capital.

In the past few years, space startups have started to use crowdfunding to raise modest amount of funds. Dedicated funding platforms focused on technology startups such as Orbitmuse, Propel(x) and Space Angels Network are becoming more a viable option for astropreneurs.

In my experience as a space investor, I look for strong team and customer traction to help mitigate some of the technology and market risks that many space startups face. Space investors today tend to share a common social thread of a passion for space. However, investors are still looking for a return on their investment. NewSpace today tends to attract more patient capital because of the relatively few amount of available exit strategies in NewSpace. I’m optimistic that astropreneurs will generate exit strategies that attract more investors to this nascent sector.

Space accelerators are emerging in NewSpace services to help facilitate the growth of space focused startups. Examples include Starburst Accelerators, LightSpeed Innovations and Silicon Valley Space Center. Accelerators vary in how they work, but they can help startups avoid common pitfalls and grow rapidly.

In extended microgravity, researchers are discovering that materials often behave differently than they do on Earth. We may also be able to manufacture products and materials in new ways that would be incredibly difficult on Earth. We’ve only just started to scratch the surface on the myriad of benefits that could result from leveraging microgravity.

Astropreneurs are at various stages of development in regards to space habitats, which include space stations. Nevada based Bigelow Aerospace is developing inflatable structures derived from technology licensed from NASA. Texas based NanoRacks and Axiom Space also have aspirations for their own private space habitats.

Who would use a space habitat and for what purposes? Users might include nations that don’t have their own space program. I could also envision private organizations leasing space habitats for manufacturing, research, tourism, and any other possibilities one could dream up.

The NewSpace sector is a relatively small part of the space industry, but it could become hugely influential as its stakeholders garner increased visibility with their respective efforts. Even though the entire space sector is still in its early days, NewSpace is worth watching for both inspiration and investment.

Robert Jacobson is a expert on the emerging entrepreneurial space industry who spoke at XPRIZE, US Air Force Futures Forum, and numerous space industry conferences. A 2016 graduate of International Space University’s Space Studies Program, Robert is writing a book on ways to grow the space sector to a trillion plus dollar global industry. Jacobson is co-founder of Aerospace & Defense Forum, a global aerospace community and SpatialTrust that develops robust systems for better land governance. Music plays an important part of Robert’s life through performance & composition. Disclosure: he previously worked on the management team of Space Angels Network and currently serves as a mentor for LightSpeed. 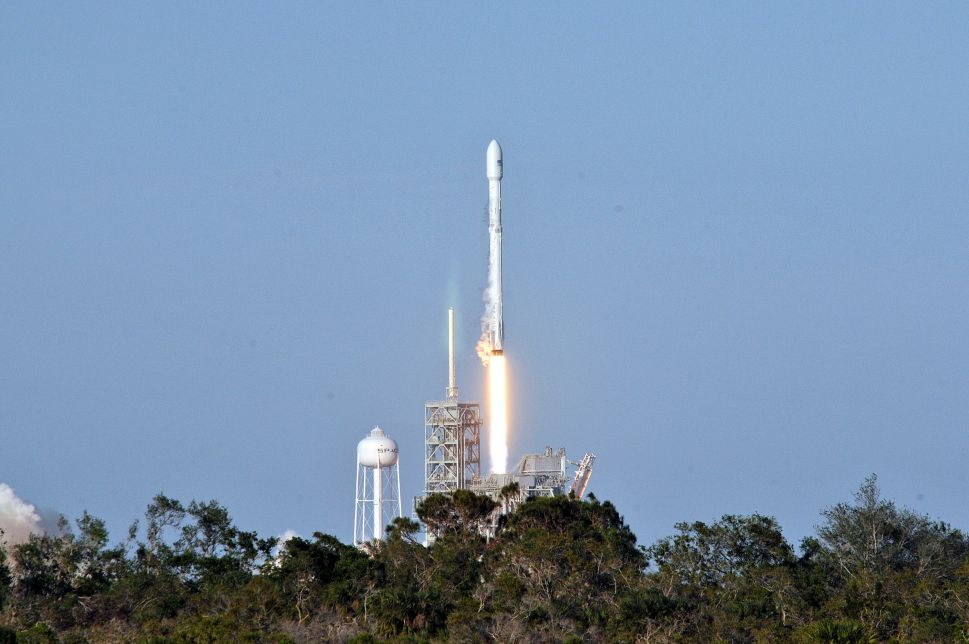