A member of my family was nearly killed by an ocean-like wave of corn years ago. He was in a pickup truck at the end of a long driveway leading from the plant where he worked, right where it adjoined the highway bypass on the west side of our little Kansas town. As he waited to get on the road, a tractor trailer overturned in front of his vehicle, and a vast wave of corn toppled out of the top, spilled over the asphalt, lifted up his pickup and washed it backward like so much flotsam.

He took the rest of the day off.

It’s a near death experience unique to the Great Plains, and indelibly illustrated for me just how big diesel trucks are and how much damage they can do when things go wrong. That’s why it might be surprising that logistics tech company Peloton (not to be confused with the group exercise venture) has been steadily convincing states to relax the safe following distance rules for big rigs, but only when they use platooning technology that links the trucks guidance systems up and spaces each other more closely. Michigan became the 11th state to rewrite such rules, with a new platooning law signed in December, according to FleetOwner.

Josh Switkes, CEO of the Mountain View-based company, told the Observer in a phone call that once they start walking transportation officials and highway patrols through their system, regulators quickly get the benefits. “When we improve truck safety, we’re really improving safety for everyone,” Switkes said.

SEE ALSO: Small towns are the key to self-driving cars in big cities.

Investors get it too. Peloton announced a $60 million funding round yesterday led by fleet management company Omnitracs and including other transportation partners, such as Volvo, BP and UPS.

The Peloton system can work on any truck equipped with adaptive cruise control. It allows two trucks to follow closely together. Once-linked, the driver continues to steer but Peloton takes charge of the accelerator and brake.

This reduces drag for both trucks. Switkes said that they have measured fuel savings multiple times with third parties, finding a 4 percent savings for the leading truck and a 10 percent saving for trucks in the rear. For fleets that can cover a significant number of highway miles in pairs, this can mean thousands of dollars in fuel savings per truck each year, which can make a difference for a logistics company, which tend to operate under thin profit margins.

The safety improvements come in two ways. First, thanks to vehicle-to-vehicle communication, if the truck in the front slams on its brakes, the truck in the rear does the same thing instantly, just as hard. There’s no uncertainty about reading the leading truck’s signals, because both trucks can read the other’s “mind.” Second, Peloton connects trucks to its cloud system, which constantly assesses road conditions, weather and traffic to set the right following distance for a given situation. It all fits into a larger trend toward a vehicle hive mind, where everything rolling on the roads can talk to each other.

Right now, Peloton’s cloud-supervision will only allow platoons of two and only on divided, limited-access highways. Platoons could be on the road as early as May.

“In general, I think automation is coming first to trucks,” Switkes said. “We plan to keep adding more and more technology to assist the driver, as it makes sense.”

Both collisions and fatalities involving large trucks have been on the rise, according to the Federal Motor Carrier Safety Administration. I had my own near death experience with a truck outside of Philadelphia in 2012. I was in the slow lane driving a little hybrid car share car on I-76 and a trucker approached me from behind much too fast and did that aggressive thing where he wanted me to speed up, so he applied his horn rather than his brakes. I noticed too late and if I hadn’t slammed on the gas a couple seconds before he hit the car I was in I probably wouldn’t be typing this story. As it was, he crumpled its rear-end badly.

When the police came, of course the driver lied through his teeth about just driving right at the speed limit, so, as far as I’m concerned, the robot overlords can’t take over big trucks quickly enough. 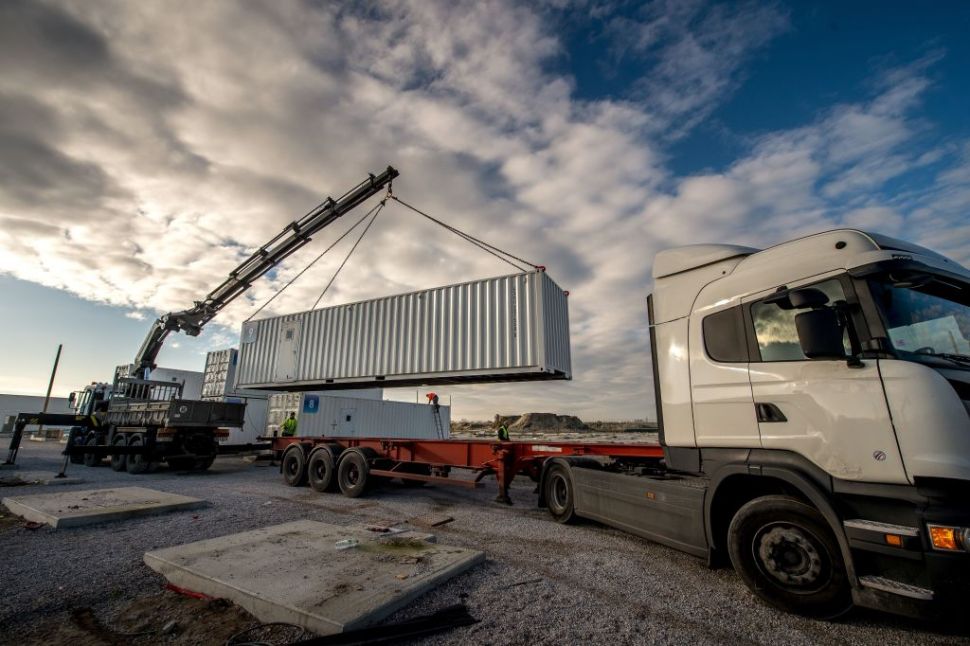