If you’ve been following along on this incredible island journey, you know that for the last five weeks there has been an insurmountable majority in place. The only way to get supplies when you’re stranded with a million dollars is once a week during a group buy segment. A majority is needed in order to purchase anything. Week One, Michael the college freshman aged-Eagle Scout cast his vote to not buy anything. It caused a tie, which is not a majority and so they didn’t buy a thing. A tie is not a majority. It is important to remember that a tie is not a majority. Immediately after that first week’s vote, Alex assembled a crew of tent-sleeping, pizza eating, card playing island dwellers who have held the majority and spent their way through one-half of $600,000. But with last week’s double illness self-evictions of Alonzo and Eilish, the tables have turned more quickly than Grandmaster Flash turning on his turntables.

Alex tries to cut a “double-agent” deal with Cody. If Cody will take him on the next temptation, Alex will help get out Gina. Of course, Alex tells Gina he’s not serious about it, hence the double-agent part of it. But Alex’s group has made some terrible strategic decisions in how they treated Cody and Makani—the two people who have seemed the least likely to ever leave. They bought a tent with the communal money and wouldn’t let them use it. Then when Makani exercised her squatter’s rights by sitting in the tent and refusing to leave it, Alex’s group bought another tent and tried to play it off that it was a kind move like “hey we bought you your own tent, we’re all even here, everyone has a tent now!” Both sides have taken food from the other, although if there are degrees to this, Makani took some leftover boiled roots from the communal pot while Alex’s group has gone into the MaCody tent multiple times and taken peanut butter (and a carrot!) from them. Basically, the two sides hate each other at this point and there isn’t much room for a backstab-slash-realignment here because two people want to buy nothing and they have the power to do so regardless of how much Gina threatens to not carry anything at the next excursion.

Speaking of Gina, she could be arguably the most interesting character on this whole show. Cody is a Texas soldier who probably at some point bit the head off a lizard during downtime because I knew someone in the army that was just like him and he told me everyone in his unit did that for fun one time. Cody likes being out in the wilderness and showing everyone how good he is at all of this and how easy it all is for him. Makani was born of the woods and will live to be three-hundred years old in a marsh like Yoda with her best friend who is a faun and the only time she will cry is when a group of young squirrels makes a decision without consulting her for her aged wisdom. Alex has a whole head full of strategy and even though it is not the best strategy or even good strategy it is still a strategy like say what you want about the tenets of National Socialism, dude, at least it’s an ethos. Gina, on the other hand, is just there. But like her just being there is a testament to her there-ness. She almost went home week one. She hates being there. It’s not easy for her. She has no discernible strategy, and if she does, the producers don’t take it seriously enough to include in the edit. She thinks her name “Gina” sounds like “vagina” and she hates reading off the tablet because “variety” is a difficult sight word to recognize. She’s the “black sheep” of her family, all of her siblings are “like good and set for their lives” and Eilish is the closest thing she had to a friend to talk to because she doesn’t have talking friends, she has party friends. What is Gina still doing there?!? If this isn’t the most interesting plot line of the entire show right now, I don’t know what is.

Gina threatened not carry anything during the next hike, even though Gina already carries very little during the hikes already. She can’t swim and almost drowns a couple times during the trek to the next camp. Even Cody is like, I don’t want her in the game but I also don’t want her to die (also proving that Cody is nowhere near as cold-blooded as Makani who wanted appendicitis and gastroenteritis to be contagious so all of her enemies would have to be medically evacuated. She is Michael Clayton telling Tilda Swinton that he is Sheba—the God of death but also at the same time she’s Tilda Swinton trying to kill Michael Clayton). During a group challenge, Cody has to walk Gina out into the ocean so they can get the chest with $30,000 in it because they can’t claim the money until everyone from their group touches it. They end up winning $45,000 because there is a treasure chest with $15,000 in a tree and they’re like “how are we going to get that?” Then Alex jumps up and grabs it like this kid I saw at a birthday party who had the bloodlust in his eyes for the piñata and when it was his turn to hit it, he dropped the bat, charged and ripped it off the pole and started punching it on the ground until the candy dribbled out—I’ve never been more scared of a child in my life.

Cody picks Makani to go on the Temptation and they get to spend the night on a boat where they get tipsy and solidify their plot to completely ice out Alex and Gina. Later on, when they get back Cody is like “grab the pot” and then he tells Alex he can’t use it anymore. They’re going to starve and dehydrate them out of the game. Earlier in the episode, Alex lied to Cody about the he just boiled, saying he hadn’t boiled it yet. And Cody caught him because it’s kind of hard to lie about whether you boiled when it’s sitting in the shade cooling off because it got so hot that vapor formed inside the liquid in the form of bubbles due to an increase in temperature. Typs Alex-strategy. So now the majority is dead. The days of hamburger-eating are over. (They’re unfortunately—*sob*—not going to spend the prize down to zero.) And Alex is going to have to come up with something to keep him in the game. Gina will prob def continue to just be there, which is the most amazing thing of all. 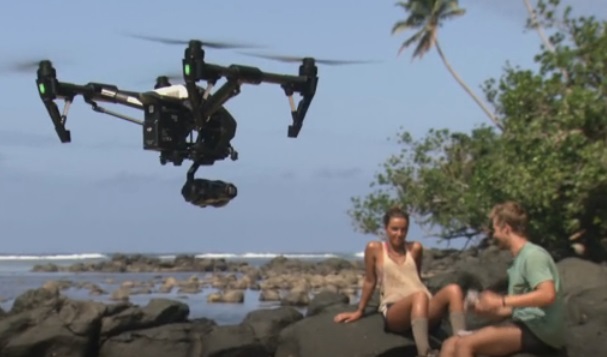