Running as a competitive sport dates back to before the Olympic games. In recent years, running’s popularity has spawned things like fun runs, local races and running apps. Minimalist running shoes and talk of “runner’s high” have soared. Recent science suggests that the so-called high may be indicative of a more long-term effect: that of a lengthened life.

According to a study published last month in Progress in Cardiovascular Diseases, “People who run tend to live about three years longer than those who don’t.” The study, which reevaluated data collected three years ago in conjunction with more current research, indicates that running drops a person’s risk of premature death by 25 to 40 percent. Even after researchers accounted for smoking, drinking and health problems (like hypertension and obesity), these benefits could still be expected. The authors of the study found improvements in life expectancy reach their peak at about four hours of running per week, which could add up to three years to a person’s life. While other aerobic activities, such as walking and cycling, reduced the risk of premature death as well, they only did so by approximately 12 percent.

This news has prompted many to question just what about running makes it so effective as an “elixir of life.” The authors did note an association between runners and generally healthier lifestyle choices, such as maintaining a healthy weight, avoiding smoking, and drinking smaller amounts of alcohol. The study also found that those who combined running with other types athletic training could expect the same longevity benefits, which is great news for those who like some variety in class offerings and workout types. Other forms of exercise benefit the body in other ways, including strength training (for muscle development and bone strength) and restorative activities such as yoga and foam rolling (for appropriate recovery of the body and progressive, healthy growth within workout modalities).

The strategy that remains the most successful for promoting longevity in animals is a calorie restricted diet. Data indicates that “the anti-aging action of CR (Calorie restriction) can be viewed as ‘nutritional stress,’ because the organism’s reduced caloric intake seems to be a stimulatory metabolic response for survivability.” When calorie restriction is limited in a reasonable manner—supporting the functions of the body without dipping low enough to cause the body harm—lifespan is improved. In the same way, a balanced approach to running is key.

You don’t have to sign up for a marathon to extend your time on earth. The optimal amount of running needed to achieve the precise balance between stress placed on the body and the body’s responsive adaptability is less than one might imagine. In fact, based on The Copenhagen City Heart study, which looked at healthy joggers and non-joggers for over a decade, the most favorable running regimen for reducing cardiovascular mortality was found to be six miles per week, including three running days per week, and a pace of seven miles per hour. Two miles a day every other day doesn’t sound so bad.

Furthermore, those who overdo it may end up doing more harm than good. If too much stress is placed on the body (through duration, intensity, or a combination of both), the effects of running may actually be detrimental. Trainers (and doctors) often see this in people who skip training programs before increasingly popular 5k and 10k races, as bodies are unable to adapt fast enough to prevent injury. A study of non-elite runners completing the Boston Marathon documented that heart weakness (of the right ventricle) was more pronounced in those who had trained less than 35 miles per week, compared with those who had trained 45 or more miles per week, underlining the importance of appropriate preparation for endurance events. Even for those with strong endurance conditioning, The Copenhagen City Heart findings showed that strenuous joggers had a mortality rate that was not statistically different from that of the sedentary group, suggesting an upper limit to the benefits from endurance exercise.

If you’ve been looking for a way to shape up for summer, it looks like running may also offer you a few bonus years to stay in peak shape for. Even with a job, kids or a crazy work schedule, a little investment a few times each week may really pay off in the long “run” (pun intended). Drop the excuses, lace up the sneakers, and get your life back. You have nothing to lose but extra time, and we could all use some of that.

Chelsea Vincent has been teaching fitness for almost ten years. Prior to teaching, she had 15 years of formal dance training. Chelsea has a BFA from Carnegie Mellon University and is a certified power yoga instructor, spinning instructor, barre instructor, and weightlifting Instructor, as well as an ACE-certified personal trainer and wellness specialist. 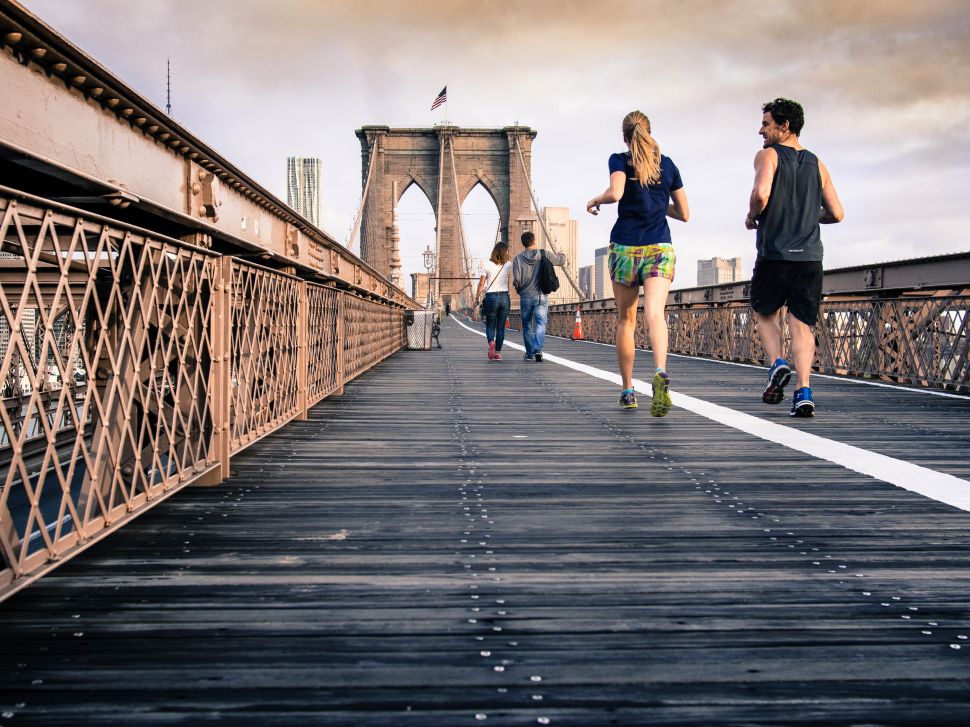