The universe is too fast to be explored by spaceship, so how can we see the rest of it? You might think you can just use a very powerful telescope, but the truth is that even the most known space technology like the Hubble Space Telescope can only see a tiny, tiny slice of what’s out there.

As astronomer Natasha Hurley-Walker explains in her Ted Talk—given at TedxPerth last October and just uploaded to Ted.com—most telescopes only use visible light, which is blocked by dust and makes distant objects appear red. The further you look out, the more red everything becomes until eventually everything is shifted into the infrared spectrum and you can’t see anything at all.

Radio telescopes, however, offer a way around this and “allow us to peer much more deeply” and actually see everything in the universe. These devices—such as the old Parkes Radio Telescope, affectionately known as “The Dish”—aren’t inhibited by dust or the redshift problem.

“The view is very different,” Hurley-Walker says in the talk. “We can see that the center of the Milky Way is aglow, and this isn’t starlight. This is a light called synchrotron radiation, and it’s formed from electrons spiraling around cosmic magnetic fields.”

But while the view is clear and allows for a peek at galaxies that would go unseen otherwise, telescopes such as the Parkes have their own issues such as low resolution and a black and white picture. Now Hurley-Walker, along with undergraduate and graduate students, has built the Murchison Widefield Array, a 10-square-kilometer (nearly four-square-mile) radio telescope in the Western Australian desert.

In the video above, Hurley-Walker details the vast wonders she’s spotted with the advanced telescope, including a 300,000 galaxies—one of which is much like our own. 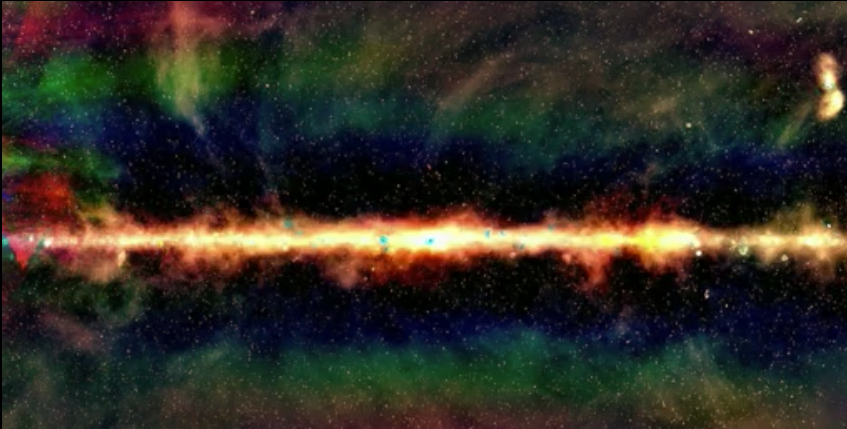