Remember “reinventing television?” Apple was supposed to do it. Or Google. Or maybe Comcast. Or seemingly 100 start-ups, each with its own vision of cable-cutting channel packages, interactive program guides or whatever.

And yet here we are in 2017, still cursing at our service providers while deciphering clunky “smart-TV” (what a misnomer!) interfaces, juggling remote controls and selecting different HDMI inputs depending on where the content is available. (“It’s on Amazon Prime…wait, there’s no Apple TV app for that…”)

At a time when television content is going through a new Golden Age, with more sources of quality programming than ever before, television access is arguably worse than ever. The biggest innovation is the advent of the “skinny bundle”—scaled-down versions of traditional cable packages delivered via the Internet at prices that, once you factor in all the add-ons, only look good when compared to the incredible inflation of traditional cable and satellite bills.

A lot of the problems around TV were supposed to have been solved by now. Not long before he died in 2011, Apple founder Steve Jobs famously confided to biographer Walter Isaacson that he had a vision for “an integrated television set that is completely easy to use … I finally cracked it.” That set the stage for years of rumor and speculation that an Apple-branded set was on the verge of release, with billionaire investor Carl Icahn forecasting that the company would sell 37 million sets by now.

Actual number of Apple-branded TVs sold: Uh, zero. The company shelved its plans a couple years ago, and Icahn dumped his position in Apple last year.

Then there was Intel. You couldn’t imagine a more unlikely candidate to reimagine television than the chipmaker, but the cloud-based service it developed, called OnCue, was an ambitious effort to deliver pay-TV channels side-by-side with online content.

OnCue generated a good deal of Silicon Valley buzz in 2012 and 2013, and Intel had even begun showing it off in private to select journalists. But the company abruptly shuttered the project and sold the technology to Verizon, apparently scared by the cost of acquiring content.

The list goes on and on. There was TiVo, which pioneered the digital video recorder but struggled for years to break the cable and satellite companies’ chokehold on the market for set-top boxes; it finally sold out to software-and-data company Rovi last year. (While the buyer has taken on the TiVo name, it is getting out of the hardware business in favor of licensing its technology to others.) Then there’s Aereo, which delivered over-the-air TV via the Internet to mobile devices—busted by a U.S. Supreme Court decision in a case brought by the broadcasters.

You get the picture. TV has so far proven itself largely immune to reinvention; it says something that even the famously hidebound auto industry is a bigger magnet for Silicon Valley energy and innovation these days.

Certainly, not every effort has petered out. Comcast, for instance, has continued to enhance its Xfinity X1 platform, adding seamless Netflix access last year and promising something similar for YouTube.

But Comcast is, after all, still at its core a cable provider with all that entails, including high prices (the average monthly bill, which may include other services besides TV, is now over $150) and a sometimes uncertain grasp of the concept of customer service.

For instance, though I was an early X1 adopter, it wasn’t until I questioned the system’s limited functionality on several TVs in my house (no DVR features, no Netflix) that I learned there was new equipment available to address the problems.

There are still experiments going on in the TV space—but they don’t tend to come from anyone you’ve ever heard of, and it remains to be seen whether they will have much of an impact. For example, Cheddar, a business-oriented online video operation aimed at social-media-savvy millennials, is partnering with (of all people) Dunkin’ Donuts to give away digital antennas. The idea is to use over-the-air signals to get their online content onto TV sets, showing I guess that everything old is new again.

Meanwhile, we’re still waiting for the television industry to successfully address larger trends—like the explosion in video consumption on mobile devices, where users tend to prefer shorter programs that are formatted to be viewed vertically rather than sideways. Jeffrey Katzenberg, the former Disney and Dreamworks executive who’s raised some $600 million for his next venture, called WndrCo, says creating such “new TV” is the biggest opportunity he sees right now.

Sooner or later, someone will come up with a sleek, savvy reimagining of television for a mobile-centric, constantly connected audience. But we aren’t there yet—and, as with so many other tech issues, we shouldn’t mistake a clear view for a short distance. 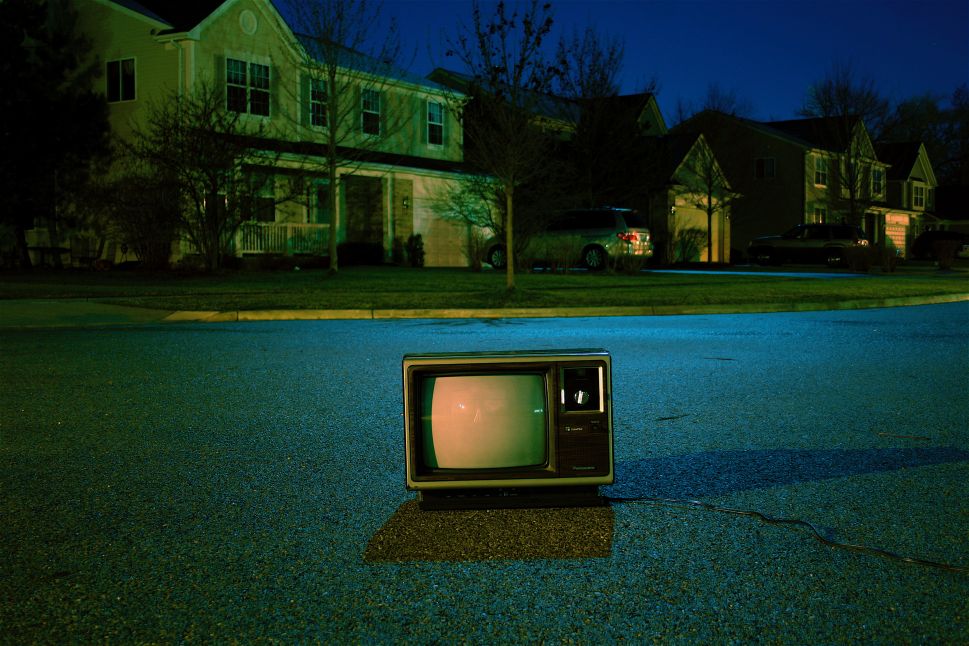