Every year, the major networks present a bountiful feast of ridiculous television pilots for the advertisers at upfronts. But really, it’s a gift for all of us, who get the chance to read sentences like “When his career is ruined by scandal, superstar magician Cameron Black (Jack Cutmore-Scott) has only one place to turn to practice his art of deception, illusion, and influence — the FBI.” Maybe TV is actually the best?

When his career is ruined by scandal, superstar magician Cameron Black (Jack Cutmore-Scott) has only one place to turn to practice his art of deception, illusion, and influence — the FBI. He’ll become the world’s first consulting illusionist, helping the government solve crimes that defy explanation and trap criminals and spies by using deception.

“Criss Angel solving crimes” is not a thing I knew I wanted until I read this logline. If the Superstar Magician doesn’t trap a criminal in a tank with sharks, I want my money back.

Shaun Murphy (Freddie Highmore), a young surgeon with savant syndrome, relocates from a quiet country life to join a prestigious hospital’s surgical unit. Alone in the world and unable to personally connect with those around him, Shaun uses his extraordinary medical gifts to win over his skeptical colleagues and save the lives of the patients he deeply cares for.

In the aftermath of 9/11, the U.S. government instituted a secret think tank composed of the most creative minds in science and entertainment, tasked solely with dreaming up man-made disaster scenarios and their possible solutions. The ideas they invented were so dangerous that the list was sealed and the program shut down. But when a catastrophe ripped from the pages of the missing doomsday book occurs, the team is brought back years later to prevent the disasters of their own making.

Hear me out: if the catastrophes are ripped from the playbook, don’t they already have solutions? Doesn’t that make it easier?

ABC’s The Gospel of Kevin

A one-hour dramedy about the divorced, depressed, and unemployed Kevin (Jason Ritter), who is tasked by God with a mission to save the world.

I hope this is a sequel to Kevin Can Wait.

Captain Charlie Taylor (Jason Biggs), a cautious, lovable dentist stationed at Fort Bragg, promises to look after his brother’s impulsive fiancée and her two misfit teens while his brother is deployed in Iraq.

Finally, just what I’ve been praying for: more work for Jason Biggs.

We all remember how well That 80’s Show turned out.

A blended family comedy about two polar-opposite political pundits (Felicity Huffman, Courtney B. Vance) who fall in love despite all odds and form an insta-family as well as a work partnership.

“She’s a SJW, he’s a neo-nazi: can they make it work?!?” In all seriousness, I imagine this pilot worked better before 2016.

Based on the podcast of the same name, the project follows Alex Schuman (Zach Braff), an inquisitive journalist, husband, and father who dives headfirst into the brave new world of entrepreneurship when he quits his stable job and starts his own business.

You had me at “podcast of the same name.”

You had me at “soon-to-be-published James Patterson book.”

CBS’s Wisdom of the Crowd

Based on the Israeli format of the same name, and inspired by the notion that a million minds are better than one, a tech innovator (Jeremy Piven) creates a cutting-edge crowdsourcing hub to solve his own daughter’s murder, as well as revolutionizing crime solving in San Francisco.

This…. sounds like it would be a very bad idea. Mostly casting Jeremy Piven, I mean.=

A family comedy inspired by a time in Mark Feuerstein’s adult life when he lived in apartment 9K in the building he grew up in, sandwiched between his parents’ apartment, 9J, and his brother, sister-in-law and their baby’s apartment, 9L, and his attempts to set boundaries with his intrusive but well-meaning family.

So…. It’s Everybody Loves Raymond.

An emotionally guarded African-American cop (D.L. Hughley) gets partnered with an emotionally available Pakistani cop (Adhir Kalyan) and are forced to find a way to connect as they patrol a Detroit neighborhood.

Is “emotionally available” a thing?

The series follows The Big Bang Theory’s Sheldon Cooper (Iain Armitage) at the age of 9, living with his family in East Texas and going to high school.

This doesn’t need to exist.

When a disgraced, dissatisfied civil lawyer-turned-beauty pageant coach takes on a vengeful, bullied teenager as his client, he has no idea what he’s about to unleash upon the world.

“Civil lawyer-turned-beauty pageant coach”!!!!! Television is so great, you guys!

When a young woman diagnosed with terminal cancer finds out that she’s not dying after all, she has to learn to live with the choices she made when she decided to “live like she was dying.”

This is the plot to my favorite Queen Latifah movie.

An action-adventure drama about a group of unlikely heroes who find themselves on the journey of a lifetime. Ten years after the death of their parents, a pragmatic brother and free-spirited sister are forced to team up when they learn that their mother’s terrifying and bizarre stories may be a road map to discovering the great legends, myths, and unexplainable mysteries of the world.

An idealistic young doctor begins his first day under the supervision of a tough, brilliant senior resident who pulls the curtain back on all of the good and evil in modern day medicine. Lives may be saved or lost, but expectations will always be shattered.

An ensemble workplace comedy about a group of underdogs trying to find their place in the world, set on the Friday night flight from LAX to Vegas and the returning flight on Sunday, who all share the same goal: to come back a winner in the casino of life.

Someone woke up at 2 am and wrote down the phrase “casino of life” and then in the morning had no idea what it meant. He went on to create this show around that phrase.

NBC’s What About Barb?

Based on the hit movie ‘What About Bob?,’ a psychotherapist tries to cut ties with her most overbearing patient, but is unsuccessful and gains an annoying family member in the process. 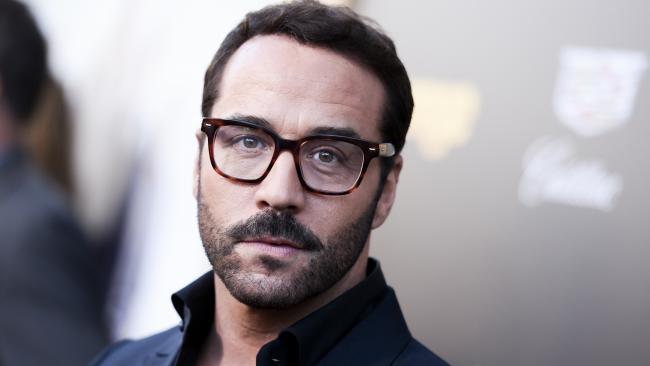