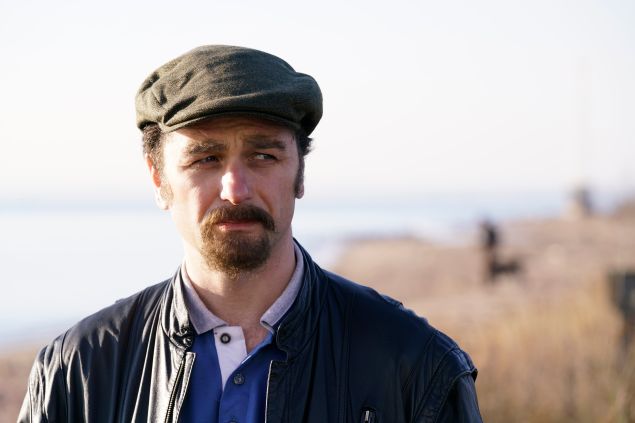 “Once they start worrying about somebody, they never stop.” Gosh, I’ll say! After the events of “Crossbreed,” this week’s episode of the perpetually worrisome drama The Americans, the Centre is right to be worried about Philip, and Gabriel is right to be worried that they’re worried. He’s troubled by his murder of an innocent lab tech who actually was working to make the world a better place, non-lethally. He’s constantly flashing back to memories of his hardscrabble childhood, and his mysterious father bringing home clothing and household goods that have to be washed clean of blood. He’s fixated on the grown-up townsfolk who clearly hated him and his brother for what he believed to be no real reason. He takes the news of Gabriel’s retirement the way you’d respond to a death in the family. He sits in his car, staring straight ahead, gripping his steering wheel like grim death both before and after he finds out the truth about his real dad from his surrogate one. Philip’s father worked for the KGB as a guard in a prison camp. Now he realizes he has even more in common with his daughter Paige than genetics: They both were raised knowing nothing about their parents’ real lives whatsoever, and they both have KGB killers for fathers. Only in circumstances this warped can introducing her to his and Elizabeth’s elderly handler just before he returns to the Soviet Union feel like a heartwarming act of benevolent connection. And of course, Philip has no idea that the man he’s brought his daughter to see turned his long-lost son away just a few days earlier. Throughout the whole episode, actor Matthew Rhys looks like he’d just gotten awful news seconds before the cameras started rolling, and his face is shot up against the edge of the frame as if he’s trapped. Yeah, I’d be worried too.

It’s weird to spend this much time concerned about Philip, in a way. Even though he’s long been the conscience of the couple—the show began with him trying to persuade Elizabeth to defect, remember?—he’s spent most of the past few seasons worried about others: his duped “wife” Martha, for example, and his daughter Paige most especially. But Paige has worries all her own. I’m still wrestling with that odd scene where she and her mother talk to a Mary Kay sales rep at the front door. Paige seems delighted, but Elizabeth is disgusted, and even if the Mary Kay lady is too seasoned a pro to acknowledge it, that disgust shows. “You weren’t very nice to her,” Paige tells her mom afterward, perplexed. “Well, we weren’t gonna buy anything,” Elizabeth says. “Being nice would just be a waste of her time.” Indictment of how capitalism commodifies time and human relationships and objectifies human beings? Yes, as Paige’s late-night readings of Marx would help her understand. Indictment of her own mother’s instrumentalization of other people based on whether or not they suit the needs of the moment? Also yes, as Elizabeth’s instruction to hide Capital among other books so as not to arouse suspicion from outside observers would help Paige understand in turn. There’s something awfully ugly about that scene, short and subdued and murder-free though it may be.

There’s a line running from that Mary Kay salesperson Elizabeth treats rudely right back to prison camp guarded by Philip’s father. Stalinism may seem very different from both the crumbling, corrupt Soviet bureaucracy of the show’s time period and the hyperconsumerist capitalism of Reagan’s America. But they all share the need to depersonalize the people trapped within them to function. “Who knows what your father did?” Gabriel says to Philip, attempting to comfort him about the possibility that his dad was a brute with the hard edges of the unknown. “He had his job. A lot of things happened. You think it was his fault? He was nobody. We were all nobodies.” He recovers from reminiscence long enough to dismiss the idea that such things still go on: “Ah, it’s been over for a long time.” But tell it to Mischa, Philip’s son, institutionalized for speaking out about the war. Tell it to Oleg Burov, rounding up mid-level officials in an obviously doomed attempt to clean out the Augean corruption of the system by day, filtering his current plight of being compromised by the CIA through his mother’s own experience on the wrong side of the prison-camp gates by night. Shit, tell it to Stan Beeman back in the States—a guy who had to throw his own life and career across the path of the American freight train headed toward Oleg just to stop it, and who’s now working with his partner Aderholt to wheedle an obviously terrified young Russian mother into defecting.

The episode’s moving final sequence marks an attempt to assert some agency. Using “Security” by Peter Gabriel (get it?) as a soundtrack, the show cuts between Philip and Elizabeth escorting Paige on their visit to Gabriel and shots of an emotionally overcome Oleg, exchanging a wordless glance with his lonely mother, climbing up to the roof with the evidence of his betrayal in his hands…and lighting them on fire rather than killing himself, as we were being led to suspect might happen. Neither decision indicates that the people involved are in a healthy place, but it beats the alternatives—of lying to Paige forever, or of remaining terrified that the CIA’s sword of Damocles will drop at any moment. But before that, where do we find the moments of genuine human connection? At Stan’s house, where Henry Jennings retreats because his own parents are too busy and blind to see him for who he is; in the bedroom of Elizabeth’s hunky scientist target, who senses her anxiety and teaches her tai chi in the episode’s loveliest and most languid sequence; and outside the former home of her former friend Young Hee, whose happy family she destroyed while following orders. An ersatz father, a fake lover, a betrayed friend—holes in the world where real relationships belong. 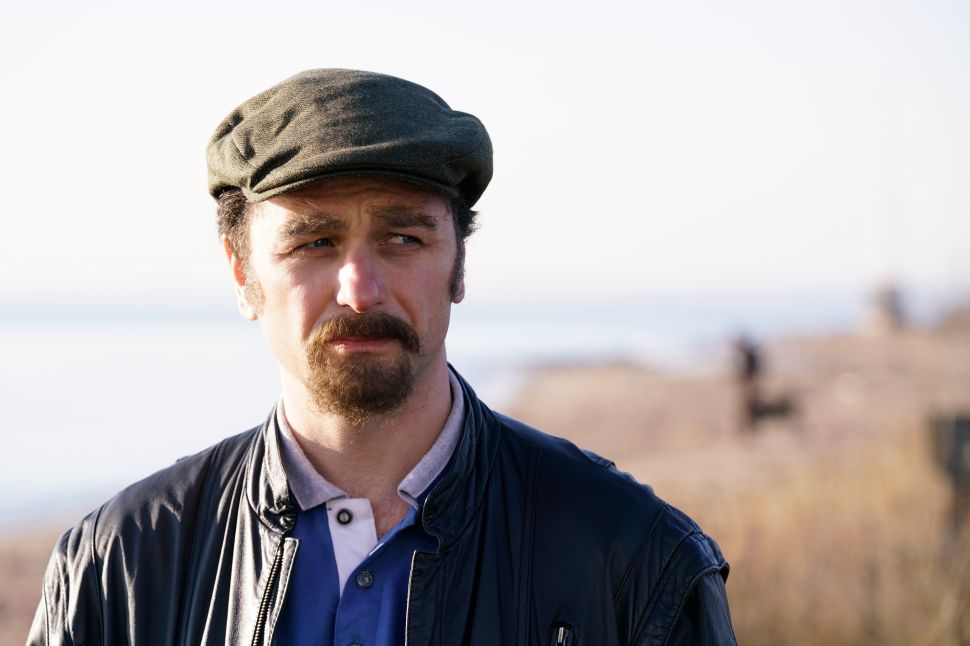