Watching and reviewing Better Call Saul and The Americans on consecutive nights for weeks at a time has made me realize something: I want a television of and about and for the Soft-Spoken Man. I want Jonathan Banks, Giancarlo Esposito, Matthew Rhys, Noah Emmerich, Frank Langella, and Brandon J. Dirden to record ASMR YouTube videos for me. I love those Quiet Boys, man. Love ‘em!

“Immersion,” this week’s episode of The Americans, has plenty to love on that score, made easier to notice since the plot’s in a bit of a holding pattern. Langella, granted, is gone, with his character Gabriel returning to the motherland and his peer (and one-time flame) Claudia stepping back into his shoes as Philip and Elizabeth Jennings’ handler.

But Emmerich and Dirden work wonders in a storyline that’s been kept at such a low simmer you’d have to check to make sure the stove was even lit. Their FBI agents Stan Beeman and Dennis Aderholt are continuing to work their extremely jittery, extremely sweet-natured potential informant among the Soviet delegation in D.C., walking her up and down a museum’s lengthy rectangular gallery while getting an earful of her hopes and dreams (she just wants her son to be able to go to college and to pay for a nice house for the two of them to live in; she loves eating pizza and will earnestly do her best to convince her coworkers that’s all she’s been spending her lunch break doing). Stan and Dennis have such a curious chemistry as partners—a good cop/good cop rapport that feels sort of like if, I dunno, Hal Linden and Alan Alda were the stars of Miami Vice. They care about their work, care about each other, care about people. This makes them almost singularly unsuited to their task, but what are you gonna do? They end their storyline for the night by planning to scoop their informant off the street before she’s even started to inform—that’s how sensitive they are to her nervousness, and how worried they are it’s justified.

But I think I’m still having the most fun just watching and hearing Matthew Rhys react to shit. He’s hilariously flabbergasted when he calls up to cancel plans with his St. Louis quarry Deirdre Kemp (Clea Lewis, absolutely killing it with the comic relief) and she responds by dumping him. I swear you can see his competing mental gears turning in his face: He’s desperately trying to get himself out of the jam by coming up with the right honeytrap-spy stuff to say, but he’s also just profoundly unused to being seen as anything but sexually irresistible. (“We’re not all as attractive as you are, Elizabeth,” he’ll say to his wife by way of an explanation later on. “But you are,” she insists, and of course she’s right.)

Rhys is equally good, and equally funny when he concocts his new approach in response to Deirdre’s complaint that he wasn’t assertive enough. In a rambly answering-machine message with just a hint of an edge to it, his alter ego “Gus” explains that “I’m married, and things haven’t been going well, and it’s complicated.” He’s in the middle of a sentence when Deirdre, clearly intrigued by this element of forbidden romance, jumps on the line. “Hiiiii,” he says, eyes gleaming with sardonic triumph. “Thanks for picking up.” No one ever went broke underestimating the morality of the American public, or something to that effect.

His dramatic moments may be even more impressive, in large part because of how he underplays them; he’s an actor with enough faith in his work and the writers’ alike to let the drama of those moments sell itself. I adored his opening scene, which begins with him almost breathlessly driving home from his revelatory final meeting with Gabriel and ends with a long talk with Elizabeth in their bedroom. “I can’t believe we’re never gonna see him again,” she says, half wistful and half genuinely disbelieving. “I’m glad,” he responds, surprisingly. “Come on.” He shakes his head slightly: “I am.” There’s a lived-in quality to his voice and the movement of his head here, reminiscent of a bit that stood out to me from a couple weeks ago when he talked to Elizabeth about her undercover session with the psychiatrist whose files she was sent to rob. He asks if the shrink talked to her about her dreams because he’s heard that’s what they do, and when she says no he kind of goes “Hmm” and nods, as if almost physically filing this information into his brain. This is the interplay of a couple that’s been together a long time, and knows almost every nook and cranny of each other’s minds—inflection and gesture are a whole language unto themselves.

He does this kind of thing again and again, really. At the end of that opening scene, after they’ve talked about Gabriel just getting tired of the spy life and about his warning not to get Paige involved in it, Elizabeth says “Wouldn’t it be a nice world if nobody had to do this.” Philip just stares, then, after what sure seems like a very long time, nods. You can tell what’s going on in there—a part of him is thinking “You know what? Nobody ‘has’ to do this now! It’s fucked up that we all do this!”—but he swallows it, shakes it away with that nod.

After a later meeting with Claudia, though, he has no such compunction. “Back when Gabriel was shooting people,” he says to Elizabeth, referring to the mentor’s recently revealed stint carrying out executions for Stalin, “what do you think she was doing.” As in his conversation with Gabriel about the subject last week, this isn’t really a question, it’s a cloaked assertion that he already knows the answer.

Maybe the severity of that statement, the sheer no-bullshit dropped-pretense “we are the heirs to ghouls” nature, is an indication that the show can be quiet but still make noise when it needs to. There’s a real bitter taste to the Moscow material, for example: When Directorate K agents raid Oleg Burov’s room with The Conversation–level thoroughness, he reassures his terrified mom they won’t find anything. “They find things even when there’s nothing,” she replies, the panic in her voice audible despite the whispering and the language barrier. How else would you expect a woman who spent five years being raped in a labor camp for “sabotage”—a crime Oleg’s boss says could have meant as little as taking a pencil home from work at the time—to respond?

Oleg’s mom shares this trauma with Elizabeth, who recalls her rape by her superior officer during a shockingly hardcore self-defense training session with Paige. She promises the kid that she thinks about it rarely, that it’s been pushed aside by priorities that mean more to her like her job and her kids—but not before encouraging Paige to use the image of her attacker as a sort of anti-mantra a la Arya Stark’s kill list, nor before quite obviously recalling the fact that Philip murdered the man for the crime.

Generational trauma, passed from one fucked-up cohort to the next, is present in the fake household Philip and Elizabeth share with their Vietnamese “son” Tuan. After the Jennings discover that their target Evghenia Morozov is having an affair with one of the CIA agents she’s teaching Russian to, the Centre instructs them to try to get her back to Moscow so she can keep up the affair when he’s transferred to the Company’s operation there. Tuan volunteers to speed up the process by helping the high school bullies to terrorize her poor lonely son Pasha, whom he’s spent months winning over. It makes your fucking skin crawl to hear about, but what is it to Tuan, who watched America vaporize his entire country? The relative silence of men like Stan and Dennis and Philip isn’t about restraint, I don’t think. It’s about embarrassment over what they’d be forced to say if they spoke any louder. 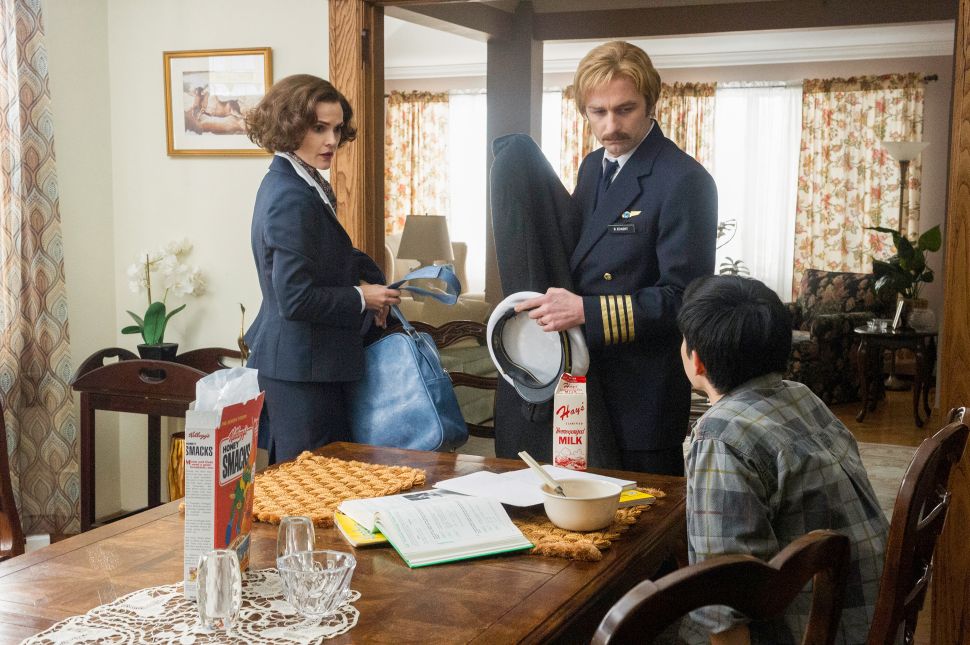