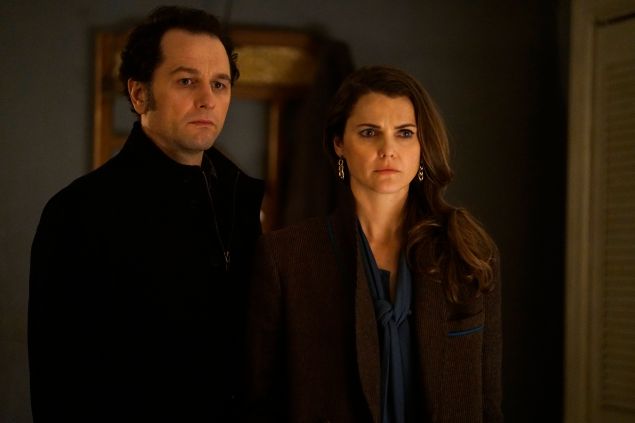 “I’d like to lay a little bet / That you don’t even know the meaning of regret / And if I’m even just a tiny bit correct / I doubt that you would ever think to pay your debt / I’m suspicious / Suspicious of you.”—Psychic TV, “Suspicious”

“It is worse than a crime, it is a mistake.”—Joseph Fouché, frequently misattributed to Talleyrand

“Lotus 1-2-3,” this week’s episode of The Americans, had me reaching for my mental quote book. (Not many physical ones contain Psychic TV.) It’s hard to narrow down which of the above phrases best encapsulates what went on here, so we’ll take them one by one.

We’ll start with the last, though it’s a quote I’ve always hated. No, actually, a mistake is not worse than a crime. A crime is bad enough in and of itself. This is the sort of blustery self-justifying bullshit that enables bad actors in political conflicts across the centuries to push morality to the side as, if not entirely irrelevant, then at least incidental to the allegedly more important practical considerations. You’ll recognize this mentality from the 2016 presidential debates, perhaps, when Donald Trump responded to a question from a Muslim member of the audience with his usual senile-dementia neofascism about evil Islamic fundamentalists, only for Hillary Clinton, the supposed avatar of American progressivism, to say that no, actually, we need to be good to Muslims…so that they’ll serve as our eyes and ears among the aforementioned evil Islamic fundamentalists. The idea that fomenting Islamophobia is itself evil, that it’s bad in and of itself, that it’s morally wrong and therefore curtailing it requires no practical justification, was nowhere to be found.

This week Philip Jennings shoots this whole way of thinking down with a sardonic facial expression and a flatly incredulous sentence. It turns out that their investigation into American attempts to destroy Soviet crops was completely off-base, and that the virulent strain of midges they’d discovered is being used to make wheat more resistant to pests. This means that the lab tech whose spine he snapped in Kansas for the crime of looking the other way had really done nothing wrong at all. “That guy in the lab,” Philip says to Elizabeth, as they sit wearing the clothes and wigs of fake people in a fake house. “That can’t happen ever again.” “We’ll be more careful,” Elizabeth reassures him. “ ‘More careful’?” he repeats, the look in his eyes and the tone of his voice making his concern and contempt clear. To Philip, who says he’s been having problems with the wetwork they’re required to do for a long time, “careful” doesn’t enter into it. The problem wasn’t that they were sloppy, it’s that they murdered an innocent man. It was worse than a mistake, it was a crime.

Which leads us to the other two quotes, a sort of dueling-banjos situation about suspecting the worst from others. As Elizabeth learns (while wearing her sexiest-ever disguise and seducing her sexiest-ever target), she was wrong to see the scientist she’s currently investigating as monstrous hypocrite, living the life of a globe-trotting do-gooder while working to starve a nation. He was in fact doing the opposite: striving to end starvation. (Remember how the midges were covering the healthy wheat, not the sick wheat? Yeah.) It’s not impossible for a photogenic person who says all the right things to be complicit in evil (how’s it going, Ivanka?) but in this case his sincerity reads as completely legit. As accomplished liars, Philip (who himself seduces his quarry this week, despite dissociating during the act and enduring pillow talk about computer programs afterwards) and Elizabeth have been getting high off their own supply.

Or have they? Are they correct to wonder if Renee, Stan Beeman’s marvelous new lady friend, is one of theirs? Are our own suspicious minds, cultivated by the show over the course of four-plus years, correct by extension? It seems that way, but who knows? Certainly not Philip, who’s increasingly unhappy with how the information he passes along about Stan (whom he really does like, their rival gigs notwithstanding) gets weaponized. (Remember how he got Frank Gaad killed last year?) Philip goes so far as to orchestrate a surveillance detail to see if he can discover the truth on his own. It’s telling that he doesn’t go to Gabriel, his handler, with his concerns. You can never be too careful, can you?

No, you can’t, as it happens. While Philip and Elizabeth are embroiled in their respective messes, which also include having no fucking clue that their kid Henry is a math whiz rather than a lazy failson, Gabriel is blocking the attempt of Philip’s long-lost runaway son Mischa to get in contact with his dad. Sure, he’s doing so largely at the behest of his peer Claudia, who believes (correctly, I’d guess) that finding out his kid was literally locked in an insane asylum for complaining about the war in Afghanistan would fuck Philip up even further. And you can see the pain in his eyes, hear the regret in his voice, as he tries to make this poor kid understand the danger. But he’s still voluntarily messing with the life of a man who trusts him, or at least wants to trust him. In other words he’s actually doing what the CIA tried to make Oleg Burov believe Stan Beeman was doing to him, though for now at least it seems Stan’s intransigence has saved Oleg’s skin. What do you call Gabriel’s choice—a mistake, or a crime? 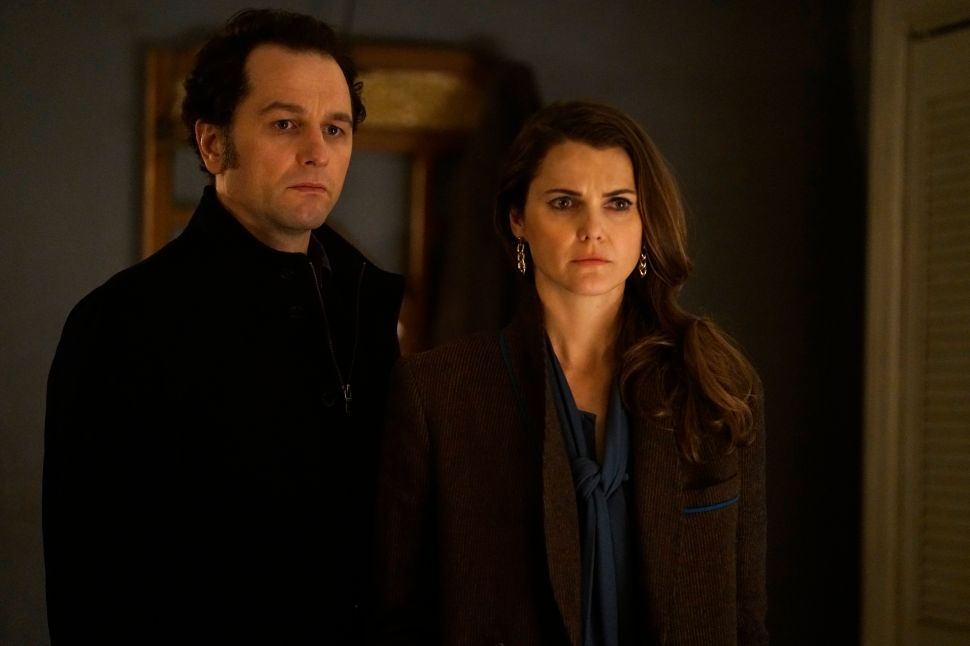