The phrase “#Girlboss,” like “Girl Power!” and “Fearless Girl,” seems scientifically constructed for a toothless kind of empowerment. It’s noncontroversial, one-size-fits-all feminism, Ivanka feminism, designed to appeal to all and offend nobody. Women aren’t women—with body hair and bloody tampons, who need abortions and child support. We are girls. You should be imagining an elementary school student who says she wants to become an astronaut someday. Yes! You go, girl! Achieve your dreams! Who is going to say that that little girl shouldn’t become an astronaut? No one, that’s who, and that’s why we’re all feminists.

There is nothing wrong with characters on television being unlikable, especially if those characters are women. And, “Sophia Marlowe” from Girlboss should be incredibly, incredibly unlikable. In the first episode, she embodies every stereotype for millennials that an uncle has ever loudly decried over dinner: she’s late to work and unrepentant, she steals (first her boss’s sandwich, then an actual full-sized oriental rug), she doesn’t pay rent, swears excessively, and shows no respect for anybody else’s time. She is a selfish narcissist who doesn’t know the meaning of a hard day’s work. Discussing her character forces you to become an angry octogenarian on a porch.

The show plays off those vices as quirky and charming, even though most of them—namely an inability to hold down a job and a completely unrepentant attitude towards theft—indicate far more serious personality issues.

But, as I said, there is nothing wrong with a television character being unlikable. In fact, in a protagonist, “unlikeable” is oftentimes far more interesting than a Mary Sue character.

If Girlboss hadn’t been based on the memoir and business guide from Nasty Gal founder Sophia Amoruso, it might have been a better TV show. It was created by Pitch Perfect writer and 30 Rock-alum Kay Cannon, and stars an electric-charged Britt Robertson; there are some funny lines and delightful moments (usually whenever RuPaul is onscreen).

But the show is in the shadow of the real-life Sophia from the cover of her book: hands on her hips like a superhero in shoulder pads. The character Sophia, the show insists, is a role model and a feminist hero, a woman who will go on to be a multi-millionaire and the CEO of a major business who will charge girls in the L.A. area hundreds of dollars to hear her speak at a millennial-pink-colored seminar.

Unlike the Social Network, another based-on-a-true-story of an Internet millionaire, Girlboss never lets Sophia become the villain. The Social Network portrayed Mark as someone brilliant but insecure and egotistical, a status-hungry control freak. Girlboss presents a shoplifting narcissist and then gaslights the audience by insisting that she’s sassy and empowered, a cool and quirky badass #girlboss to-be.

And real-life Sophia means that the audience is privy to an unseen epilogue in the distant future for the show’s character: Nasty Gal declaring bankruptcy and Amoruso stepping down as CEO; claims about Amoruso creating a toxic work environment, and illegally firing employees once they became pregnant.

That real-life controversy, especially the lack of job protection for pregnant women, just contributes to the secret truth that runs through Girlboss, hidden but still pulsing like a telltale heart beneath the floorboards: Sophia isn’t a feminist.

Feminism is trickier than a hashtag and the word “girl,” but at its core, it’s a movement to empower all women in the fight for equality. Girlboss’s protagonist is only looking to empower one person: herself, and she would probably have no qualms about that if you were to ask her. Over the course of the show’s entire season, Sophia does nothing to help other women. In fact, it seems she often views girls, including her customer base with contempt. “These girls are going to claw each other’s eyeballs out just to get in on the ground floor of a new trend,” she says.

Yes, she’s smart and creative, and yes, her business becomes successful, but “making money” is not the same as being a feminist. Only in our capitalist system does being rich entitle someone to the status of role model when they spent the past 13 episodes acting like a self-absorbed trash monster to everyone who loves them.

In one episode of Girlboss, Sophia gets in a fight with her boyfriend . “Just call me a bitch and get it over with,” she says. It’s as if she’s speaking directly to the audience, daring us to diminish this woman who’s supposed to be a feminist hero.

Sophia sometimes does act like a bitch. And then she grows up as a person, a little bit. She learns to appreciate the people around her, and she starts a business. Girlboss is an interesting time capsule into the world of 2006 when the contents of someone’s MySpace top 8 could be considered conflict and it could have been a really fun, really interesting complicated show. Instead, it’s been sanded down and painted millennial pink. 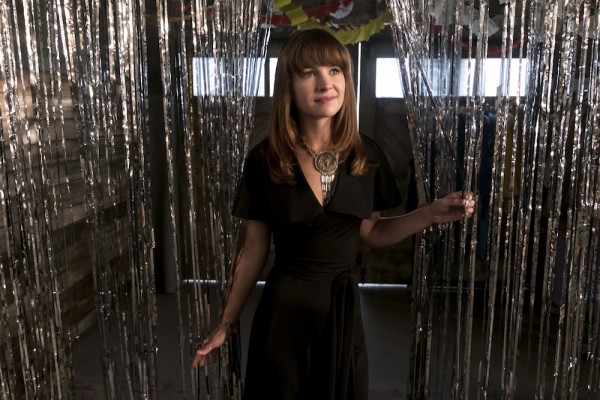