A short while ago I was at a get-together with our investors and one of them mentioned how they are filled with Linkedin connection requests every day.

Nothing special about that, right?

I mean it’s bread and butter for a lot of us here on LinkedIn and it’s often hard to decide whom to accept and whom to ignore. If an introduction message is missing from a connection request it’s an instant turnoff for me — if it’s not somebody I really know.

I started to think about this and then I began to notice more and more that the people I’d consider the most advanced online networkers from generation X are using only Facebook for business connections instead of Linkedin. Sure, they have a presence on LinkedIn but their most important connections are in Facebook.

Scrolling through my thousands of “friends” on Facebook I began to notice that I too have started to accumulate connections from the business world — people who’ve casually sent me a friend request. But it’s still very much in its infancy: I’ve only had about 20 friend requests there.

I know talking about Gen X, Y and millennials like me might seem a bit overdone, but if I think about my age group I can say with certainty that Linkedin up till now at least has been 100% a business network and Facebook 100% a friend network. Using LinkedIn Sales Navigator for over 2 years together with recruitment tools has given me a deep insight about what the platform is capable of.

Moaffak Ahmed, a successful serial entrepreneur and an investor, told me that 99% of his Facebook and Messenger usage is for business. Yes, 99%! He went on to say that crowded Linkedin contact requests with zero purpose forced him to move the most beneficial and meaningful connections to Facebook and Messenger. And I can’t blame him for doing that. Overall the biggest factor affecting LinkedIn’s future success is Facebook, and it rests on whether Facebook’s strategy is to implement more business features.

Are the most advanced business people nurturing relationships in Facebook instead of LinkedIn already and what are the reasons?

To understand this more I decided to interview some of the leading social selling and digital marketing influencers I know. Dan Knowlton who is a well-known influencer in the digital marketing field started by pointing out that Linkedin Groups are dead.

It was easy to agree and it’s sad but true, but there’s no engagement going on anymore. You can share your content but few people are having meaningful conversations like they were a couple of years ago. The recent news is that LinkedIn might be killing their groups totally and my favourite quote from Dan was this:

“Facebook groups are much more valuable nowadays for business than Linkedin. There’s so much value and quality in conversations that it’s unbeatable.” — Dan Knowlton

The reasons to focus on FB are clear; it’s the most stable platform of them all and most popular by far. This picture below lays it down pretty well showcasing what’s the situation and potential of Facebook.

One of the reasons Facebook is so powerful is that their Ads features keep developing all the time. Budgeting is really flexible, it has the lowest cost-per-click rate and on top of that it rewards high performance. Here’s a great B2B example of a highly-targeted Facebook ad campaigns. As Carlos Gil, the creator of Facebook’s popular and high quality group Social Media Masterminds, writes in relation to Snapchat’s recent IPO:

“Over the last year I’ve spent ad dollars on the trifecta of LinkedIn, Twitter, and Facebook only to be largely swayed by Facebook’s impressive capabilities such as website retargeting, email list matching, custom audiences, and interest based targeting. In short, if there is a single social network where I would recommend investing ALL of my social media ad budget it would be Facebook and Facebook only for the reasons aforementioned. Facebook IS an advertising platform and has better targeting criteria than Google or any other advertising medium on the planet (i.e. print, TV, radio, at home, outdoor, etc.). While Snapchat is more addictive to use as a consumer and has legitimate organic marketing potential for brands it cannot compare to Facebook as an advertising medium fair and square. There is no comparison.”

Tim Hughes, who actually was the first business contact to add me on Facebook, told me in an interview that you should make it your strategy to build relationship and trust so far that your connections qualify as Facebook friends.

But what’s the point of using Facebook when we already have LinkedIn? I ask Tim.

Tim is a very widely-known social selling influencer so I was interested to hear his answer.

According to Tim Hughes, ”running groups takes time and dedication to get the engagement levels otherwise they can taken over by spammers, recruiters, etc. We certainly see greater engagement levels on Facebook and some recent research stated that decision makers were getting their content from facebook groups. LinkedIn groups are excellent, but more work needs to be done by LinkedIn or they could lose out to facebook.”

It requires so much work nowadays to build, maintain and activate a Linkedin group that it’s impossible. When we look at Facebook the situation is totally different, and e.g. Social Media Masterminds group by Carlos Gil is constantly reaching new levels in quality conversations.

And what better place to engage in a quality business conversation than in the platform that you use 24/7 anyways? You know I’m not organising football nights with my mates through LinkedIn, but Facebook.

It’s crazy how valuable the communication is there on Facebook and how you can build an even more personal relationship with these people in the most connected platform ever.

It is clear: Facebook is not for just friends and family anymore. It’s a business platform from which many already get the most quality engagements and sets up the most meetings. My prediction is that if Linkedin doesn’t really up their game it could die in 5 years.

As Kathleen Chaykowski writes in her fresh Forbes article about Facebook’s new job posting and applications functionality it takes on Linkedin head on. As Linkedin has nowadays been mostly a crawling platform for recruiters and for people to find the next job, it’s losing this advantage too on top of being a relationship building platform for business people. Not to mention that Facebook is lightyears ahead of Linkedin when it comes to mobile usage.

After Microsoft acquired LinkedIn things haven’t changed. Alongside new buggy updates the interface is missing lot of information that it used to have and it makes me wonder how much longer is it valuable to have a premium account in this platform.

There’s still loads of potential, but one has to wonder if it’s now too late to save the ship. Gone are the days that LinkedIn was a social platform (for example the complete lack of visibility in your network when you publish an article) and it’s shifting towards Microsoft’s databank for enterprises.

This post is yet another example of the missing support on the platform. A very public and negative comment about cancelling their premium subscription has already gained 9000 likes and 900 comments, and not a single LinkedIn-employee commented on it trying to do any kind of customer support actions (at the time of writing). This example shows at least one power of LinkedIn. The amount of engagement the post has received means it will likely be viral for many weeks and even months.

As a LinkedIn fanatic I’d hope they would still turn the tables and change, but time will tell what’s the sentence for the platform.

My two cents of what I think will happen is illustrated in the picture below (apologies for the non-existent photoshop skills). As Facebook is making a shift towards supporting business and job functions my belief is that they will implement this kind of two-way profile for everyone where they can access Facebook on the business side related to their work life or their basic personal profile as it mostly is now for their users.

“Now Carthage is Snapchat” says this recent INC article about Mark Zuckerberg declaring all-out war on Snap. My bold prediction is that the next one under the radar is LinkedIn and no one is talking about it. When you really think about it the reality is that the content (created by users) is not proprietary of the platform, but really the users. When they move everything moves. When it comes to data LinkedIn surely has loads of business related data, but so does Facebook.

Keen to push this post in front of Mr Zuckerberg to spark some conversation. Tag away!

Jaakko Paalanen is one of Finland’s top social sellers and is CSO at Leadfeeder, a sales intelligence startup known as “Google Analytics for Sales”. His interests include generating deep & meaningful online relationships along with social selling and how modern B2B sellers can use marketing insight to reach quota. He’s also an expert in how new SaaS tools are changing the roles of marketing and sales. 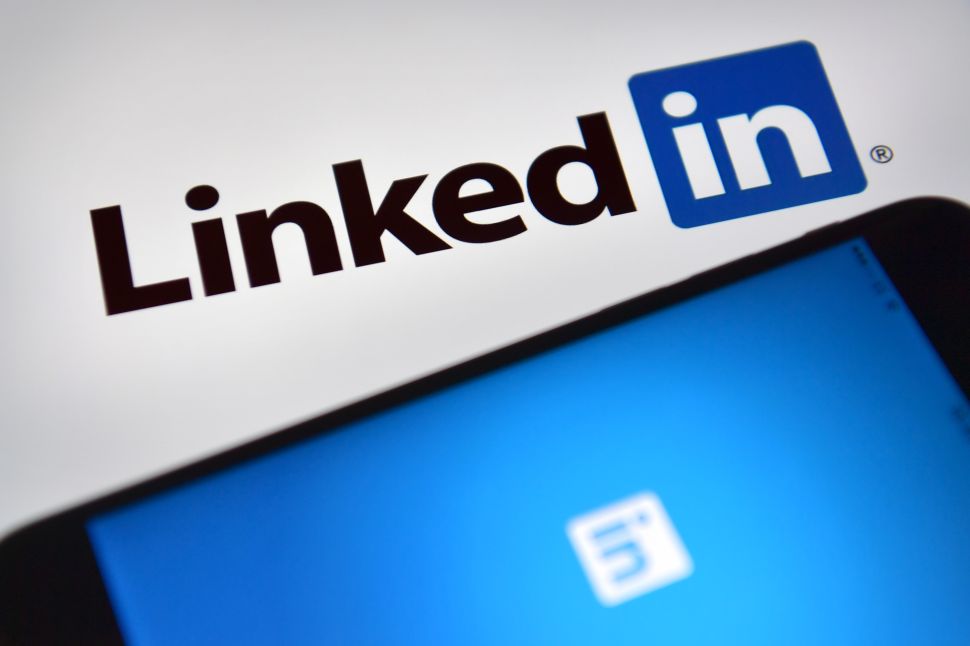