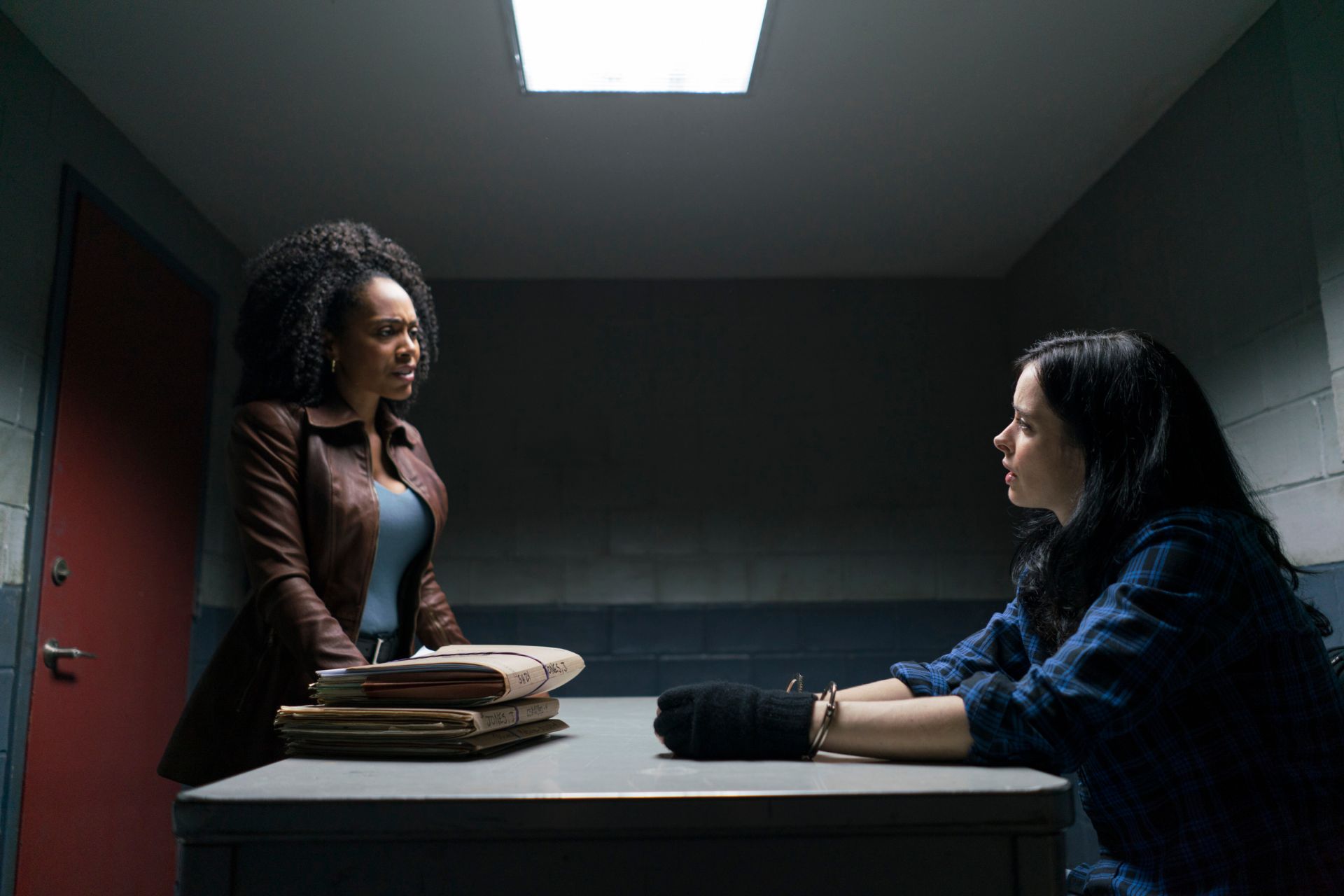 Simone Missick as Misty Knight and Krysten Ritter as Jessica Jones in The Defenders.
Sarah Shatz/Netflix 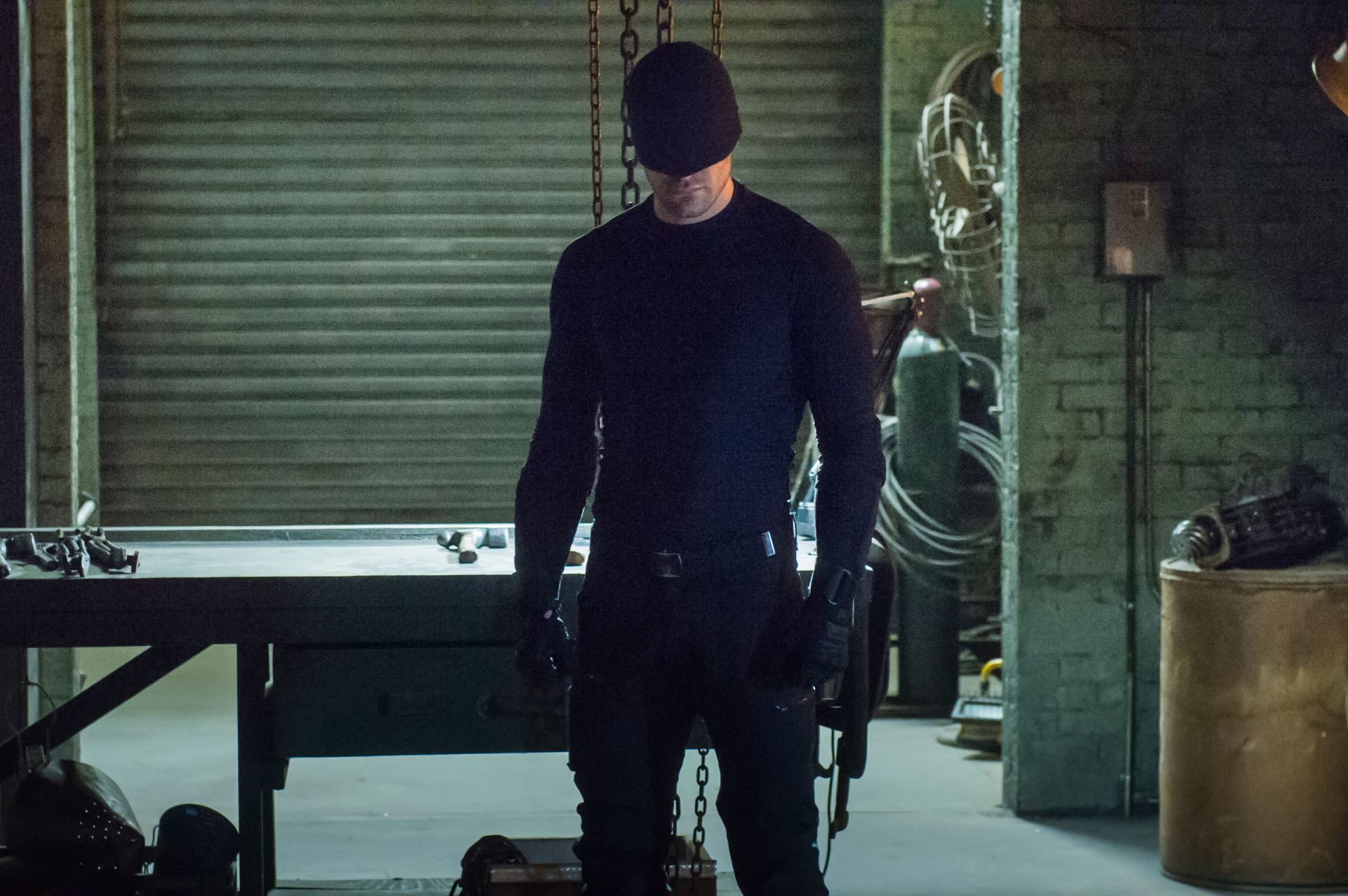 “The vigilante look [in Daredevil] was the first thing I had to come up with. I really wanted it to be as similar as possible to the comic-book illustrations; I’m thinking of later illustrations, in which the characters were very realistically drawn.   One thing we did change Matt Murdock is, in the comic books, he wore a very thin strip of fabric around his eyes. We changed that to a full head covering of a mask; the feeling was it looked a little scarier, more aggressive. But we did ultimately have to do a lot of tricks, mess around with that, the design and style of that mask in order to figure out a way to make it usable and practical for actors that aren’t actually blind. At the same time, it needed to look perfectly fine for a blind character, completely covering his eyes. It doesn’t matter if [Matt Murdock] can see through it or not.”
Barry Wetcher/Netflix 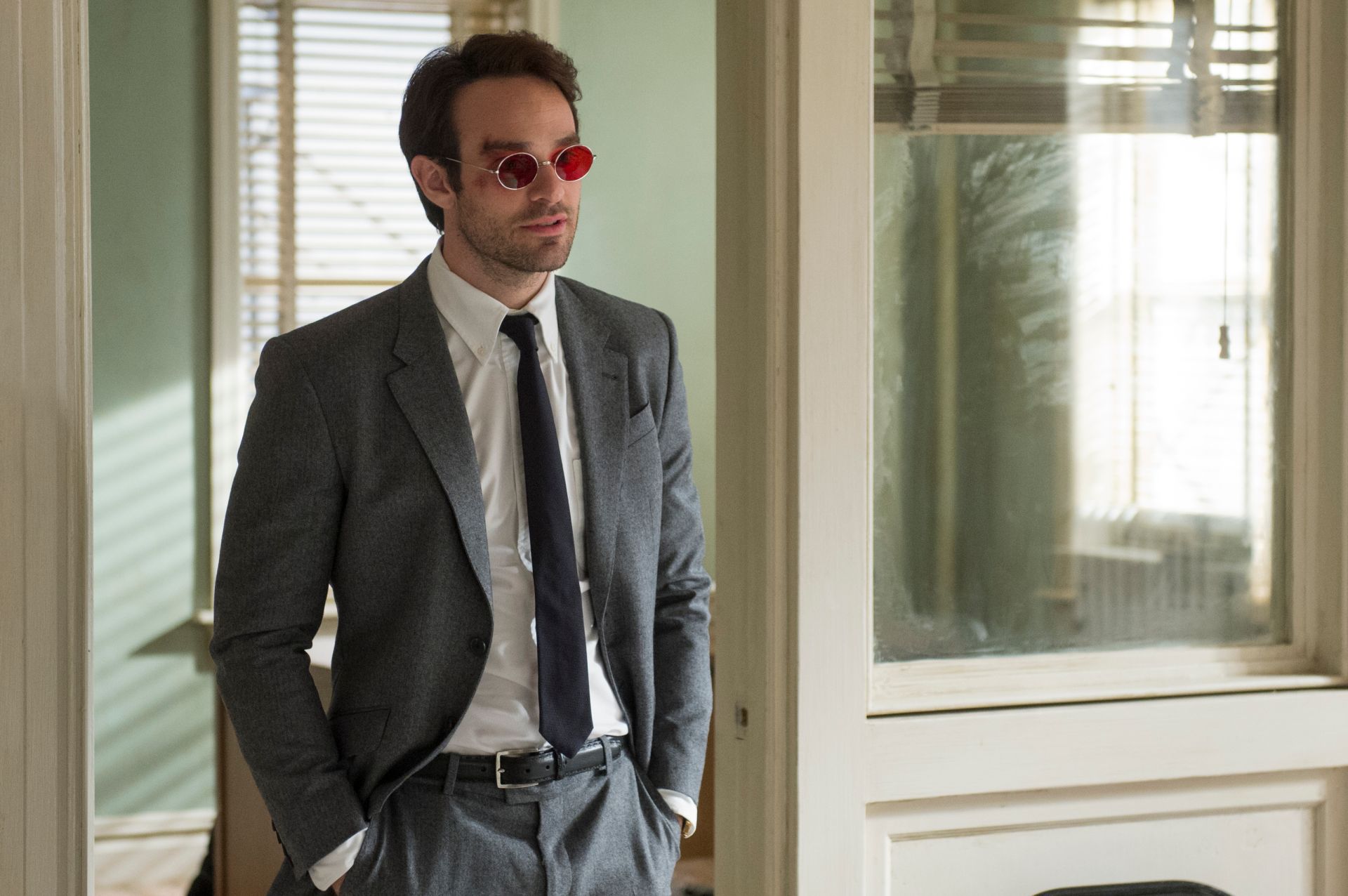 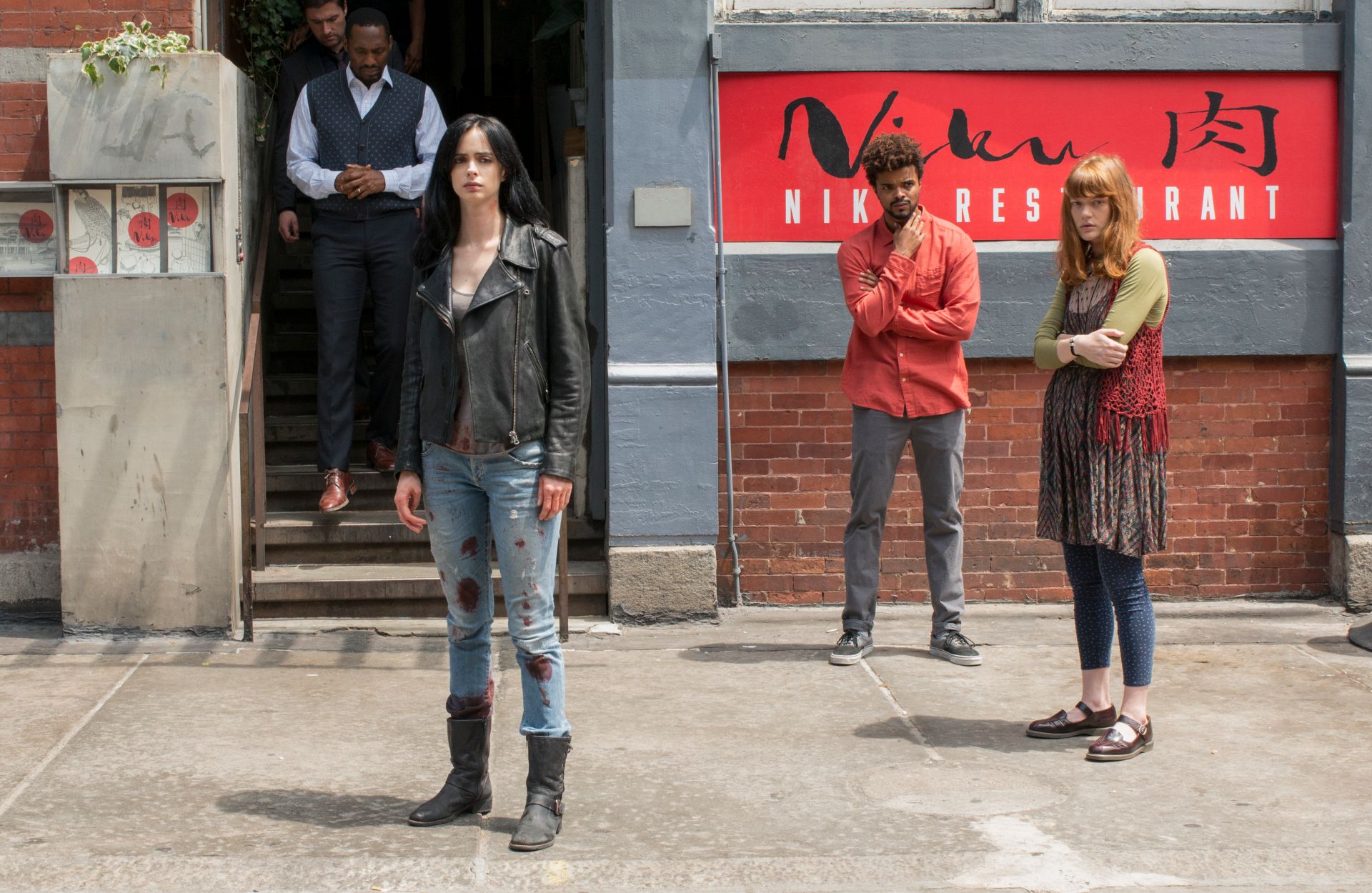 “It was actually similar getting into [Jessica Jones’] head than it was Matt Murdock’s. First of all, we realized very quickly we wanted her to look almost the same every day. The reason being that she wore her leather, jeans and boots kind of like a superhero costume, in a way. With comic illustrations, people often look the same every day, they don’t necessarily change their wardrobe…”
Myles Aronowitz/Netflix
Advertisement 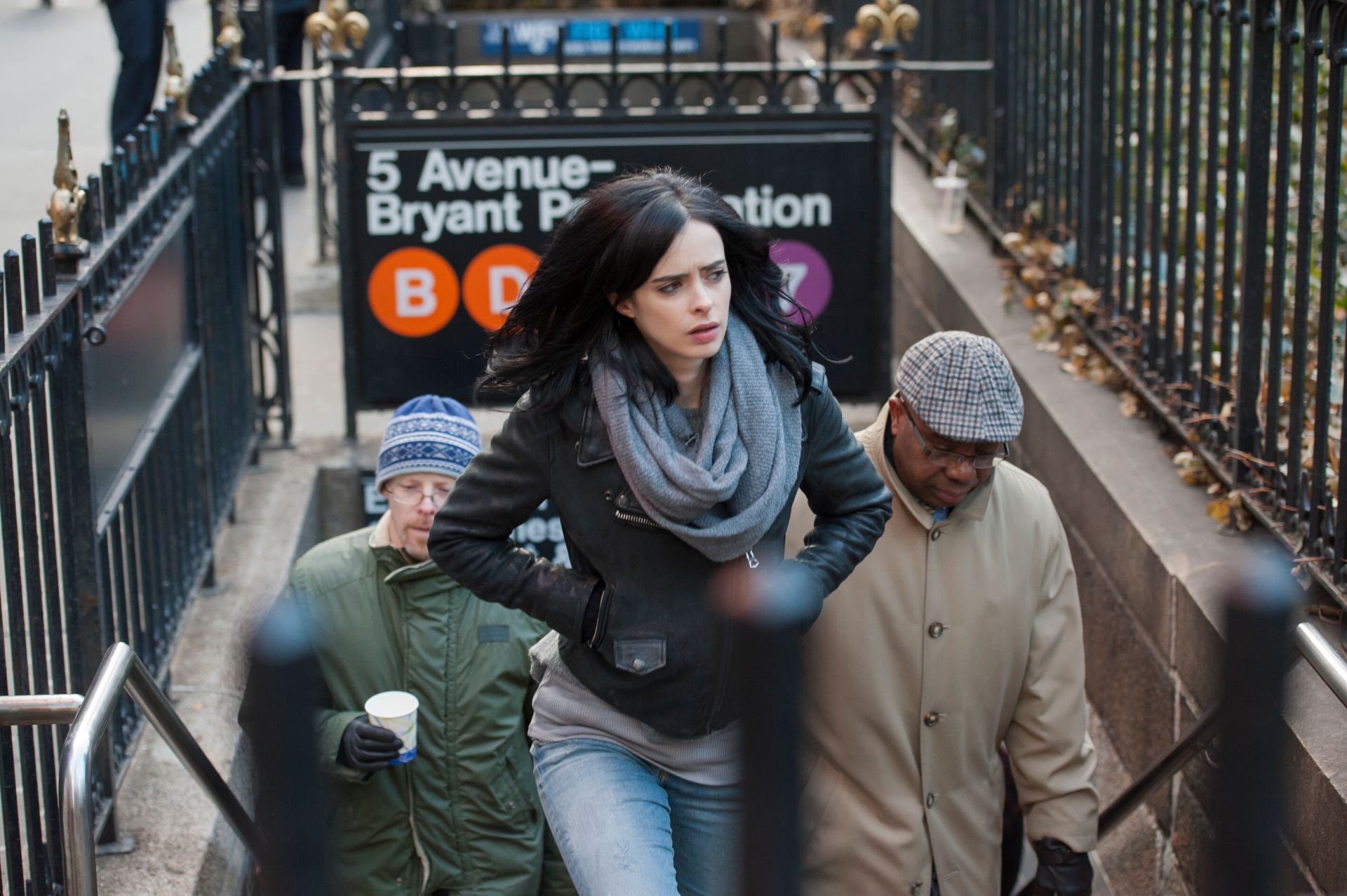 “Jessica had this traumatic experience; she was sexually abused by this horrible man and she was really suffering because of it. Was she a drinker prior to meeting Kilgrave? It appears that she was, but really ramped it up after the Kilgrave experience. It was a way to isolate herself further from other people. She just doesn’t give a crap about how she looks, or what she wore, and I imagine that when she got her jeans--or stole them--that she picked up maybe two or three pairs, and when she gets up in the morning she puts on whichever one is cleaner, or closest to her bed. When things get really bad maybe she brings them to the laundromat, but it’s easier not to think about it.”
Myles Aronowitz/Netflix 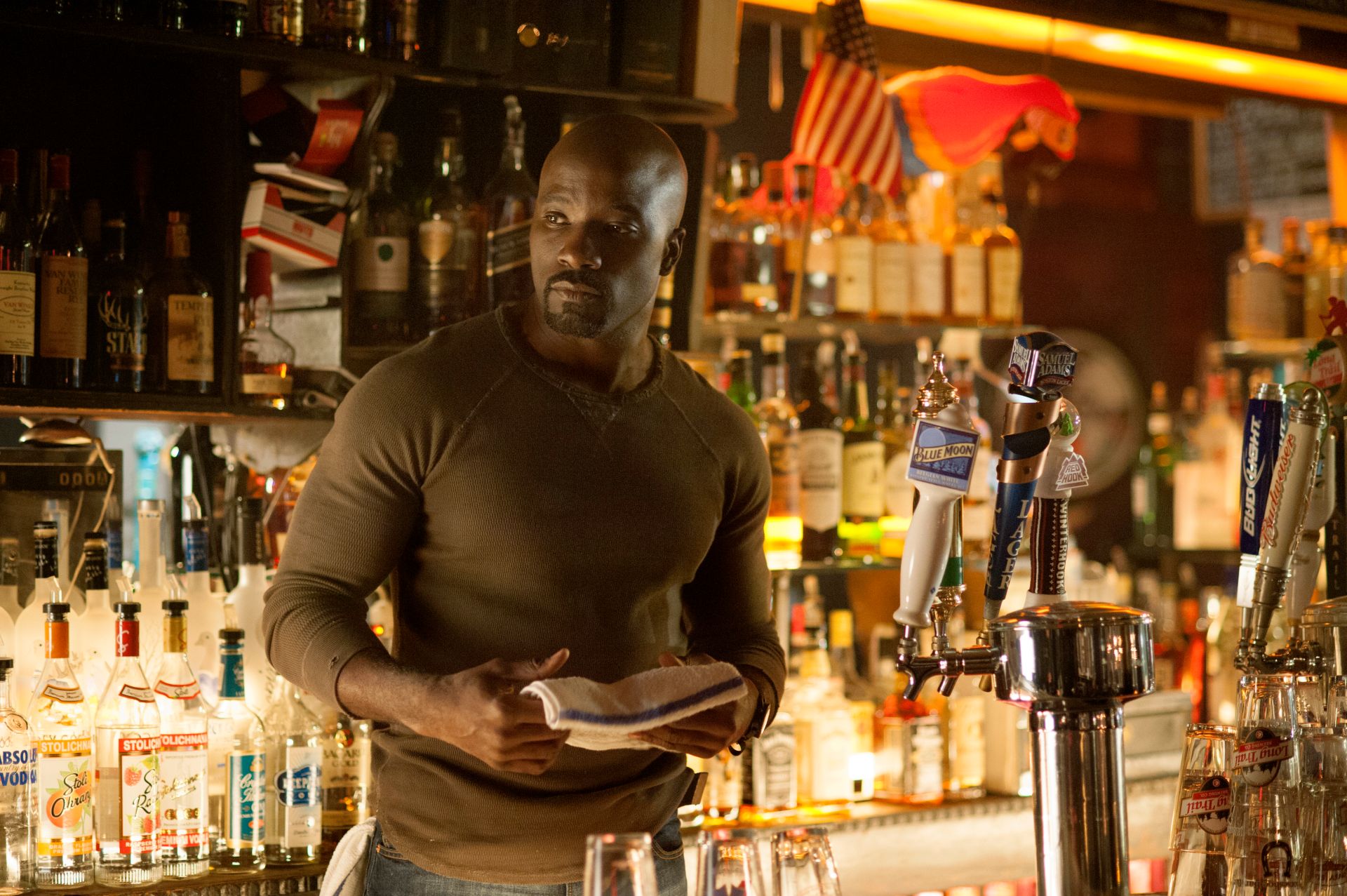 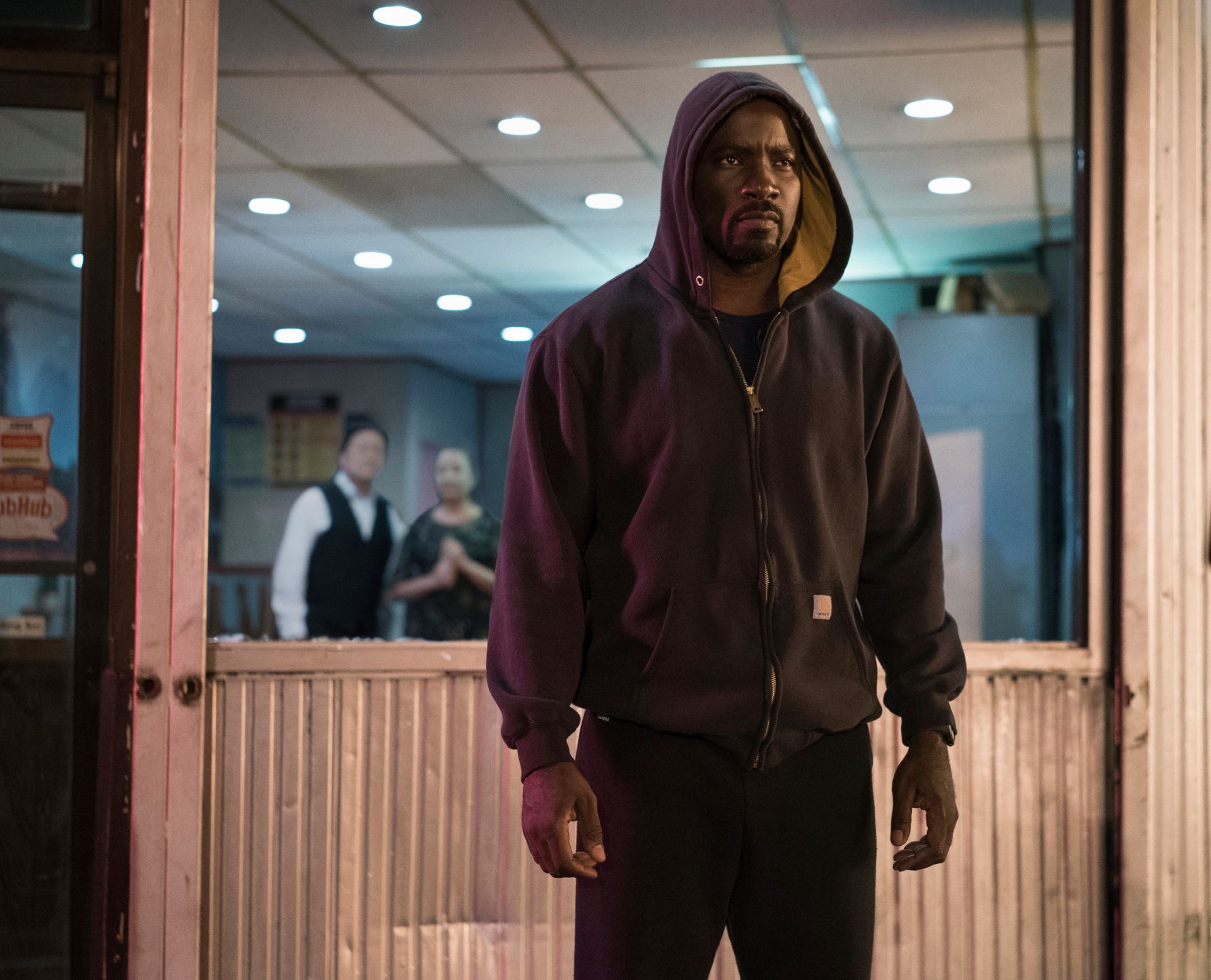 “For Luke Cage the choice was made to make Luke look a little more iconic, and bring more of that yellow color in. That’s when we decided that we would line the hoodie with gold. We didn’t want it to be too much, because in effect Luke Cage was keeping himself hidden. He was hunted by the law, he didn’t want to stand out. He never wanted to stand out.”
Myles Aronowitz/Netflix
Advertisement 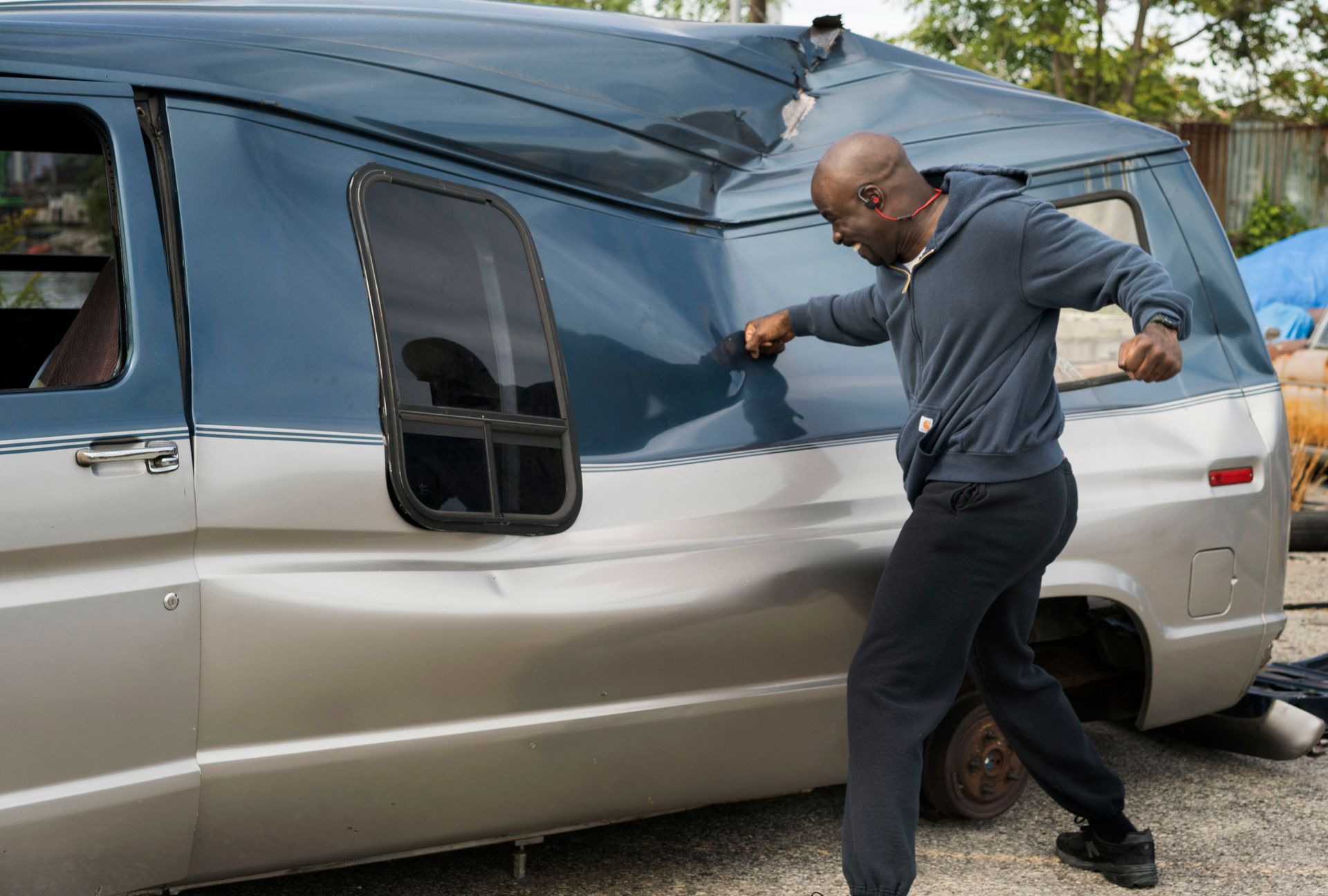 “When you think of Luke Cage you think of those wild looks from the 70s, with the bright yellow shirt, the blue jeans and knee high boots, with shirt cut down to the navel with the huge collar. We wanted to modernize that, of course, and make it relatable for a working man’s hero.”
Myles Aronowitz/Netflix 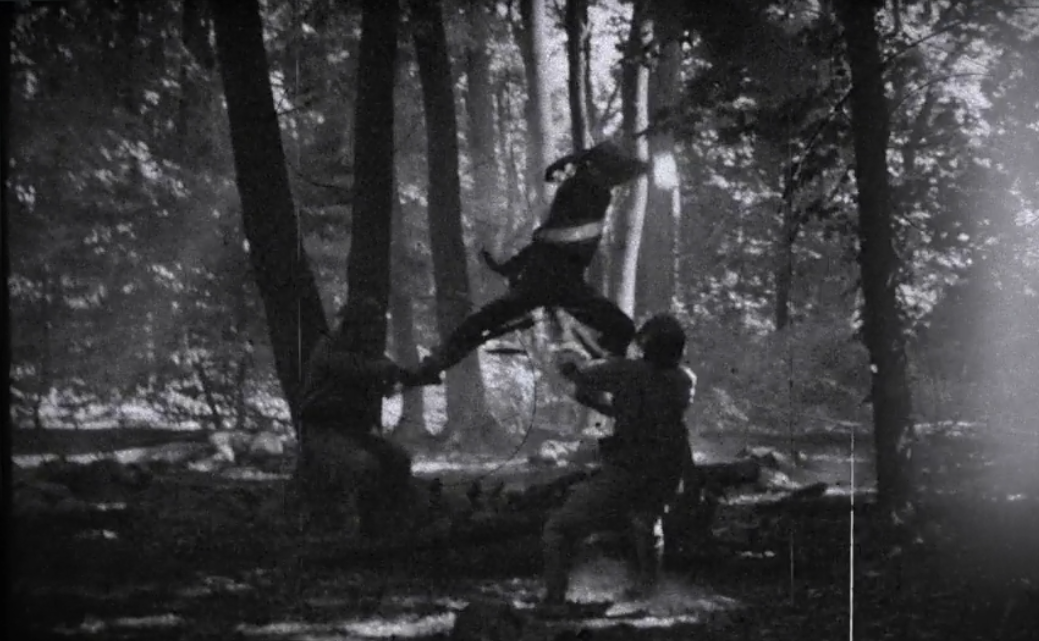 “For Iron Fist, the choice was made early on that Danny wouldn’t have a mask. But there was an Easter Egg in episode 10 when Danny ends up at the compound with Bakuto, and he shows him that film. Actually, we spent a lot of time on that costume that the old Iron Fist wore. I spent a lot of time on his mask, and you can hardly see a thing in that grainy film!”
Netflix 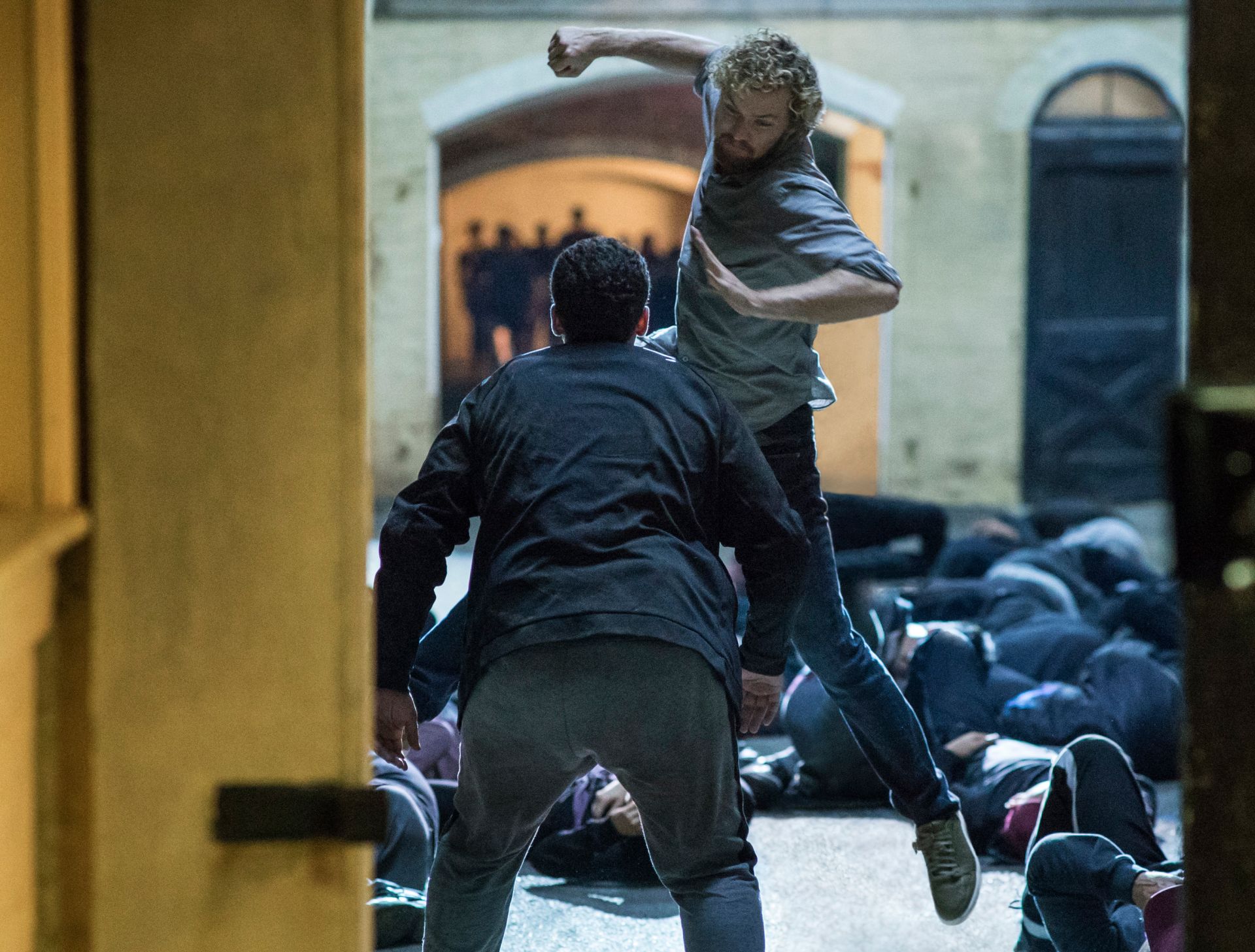 “In the comics, Iron Fist was incredibly stylized. Danny could have easily gone in that direction. We didn’t even really go for the green, we stayed away from that. At least in Iron Fist we did.”
Myles Aronowitz/Netflix
Advertisement 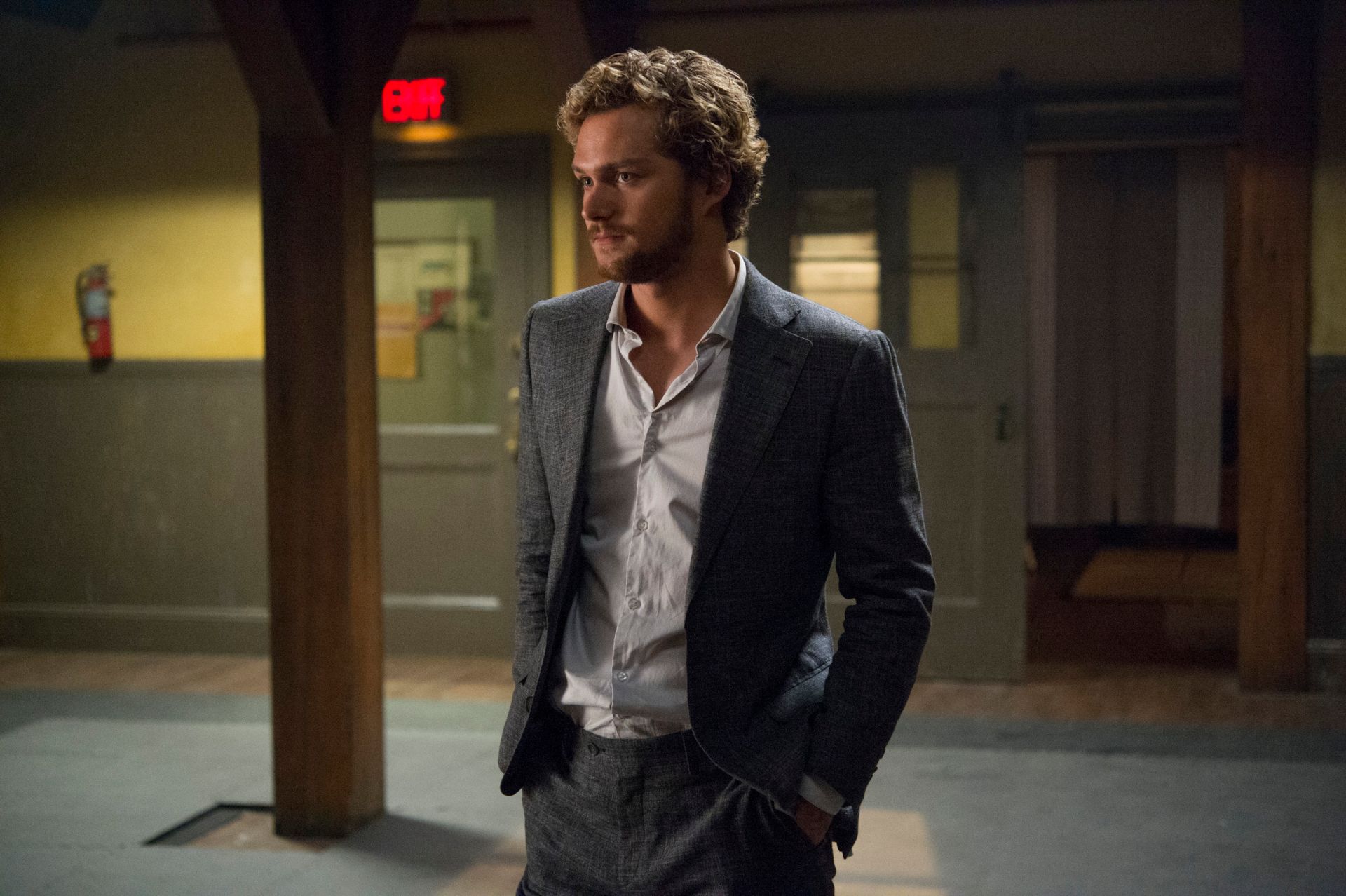 “I didn’t want Danny’s clothes to feel like Ward Meachum’s [Tom Pelphrey] look. It needed to feel like something Danny, who spent the last 15 years barefoot and wearing super loose clothing would wear. There are no dry cleaners in K’un L’un, and god knows how often he hand-washed his warrior uniform, so I wanted to find a look that felt like something this guy might feel remotely comfortable in. That’s why we went with this kind of urban Cali style; it’s still a slim silhouette but it’s a little looser. The pants aren’t quite as trim or slim, they’re a little short, a little puddled at the bottom. He never buttons his shirt up, the tie is always loose like he can’t bear to have something so tightly around his neck. And he always wore tennis shoes, which I thought was a good thing for a guy who hadn’t worn shoes for 15 years.”
David Giesbrecht/Netflix 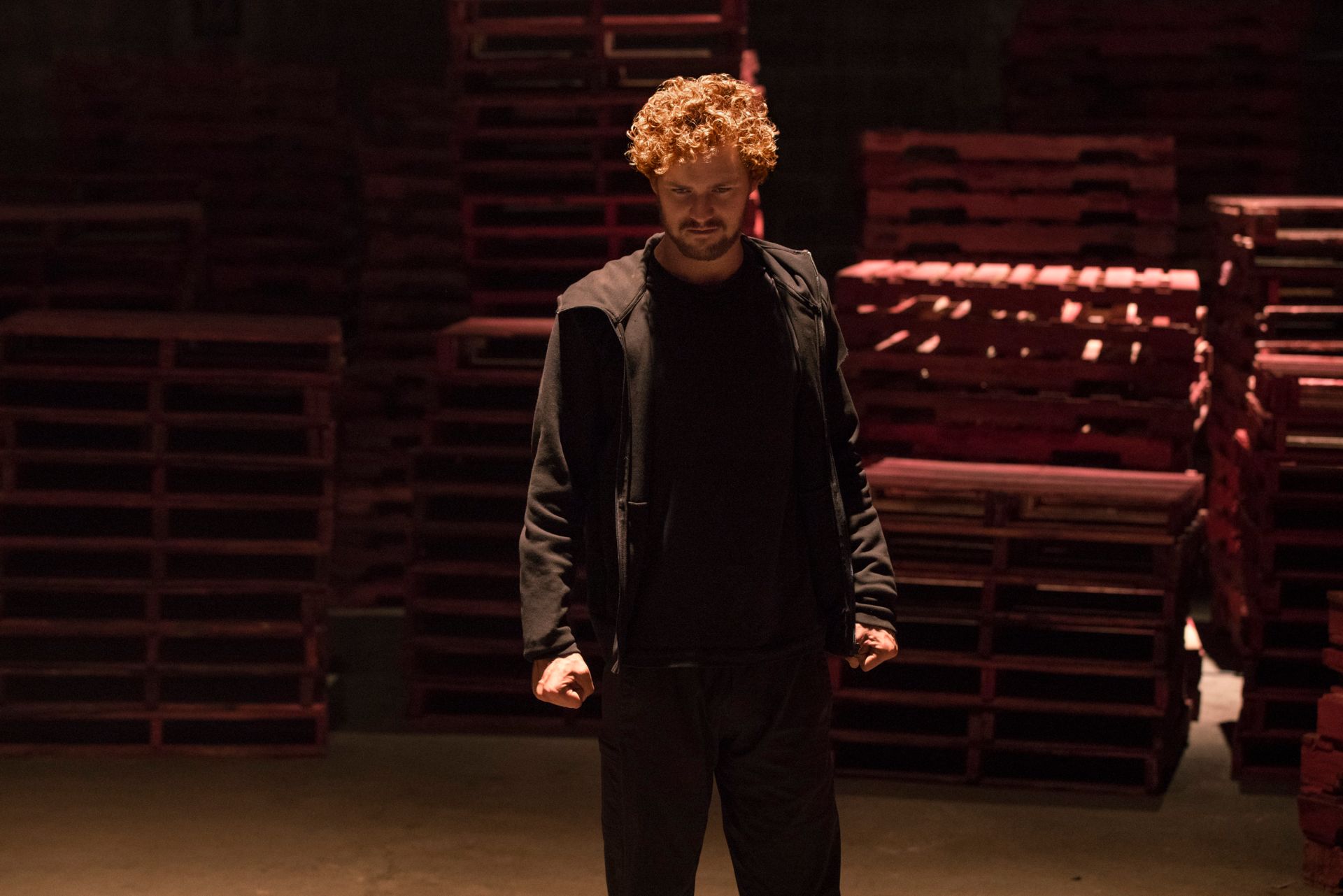 “In The Defenders, we celebrated the differences, and the coming together of these four very distinct characters. For each character, there is definitely a color palette--Daredevil you think of the reds, Jessica Jones shades of navies and lavender, Iron Fist you think of the olive green family and with Luke Cage it's the golds, the Harlem colors. We utilized those palettes, and that gave us the distinction. I thought it was a really brilliant idea. At first I was like, ‘How are we going to do this? How are we going to make them distinct?’ And it was as simple as, ‘let’s stick with their palettes.’ It was put forth by the director of the first two episodes, a woman named S.J. Clarkson, who also directed the first two episodes of Jessica Jones. She’s really visual.”
Netflix
Advertisement 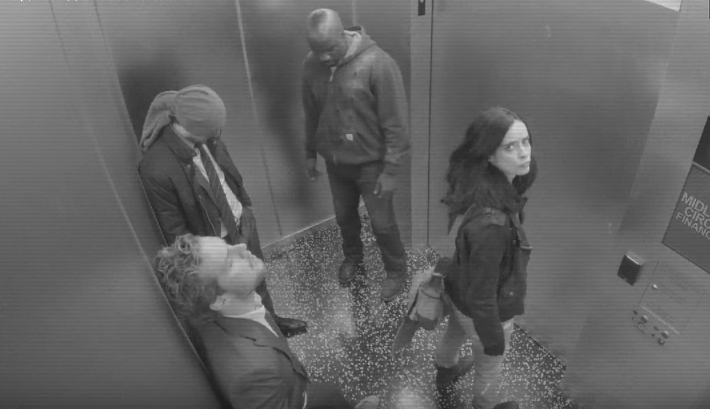 “Suffice it to say that in [The Defenders teaser], it’s hard to see what they’re all wearing, it’s  a little black and white security footage in an elevator. Obviously, Jessica is wearing Jessica clothes, she’s wearing her usual costume, and so is Luke Cage. Obviously, Danny’s in a suit...but you can’t really tell what Matt Murdock is in. Let’s just say that, if you look closely, he’s in a version of his lawyer gear. So he did have to grab some type of vigilante type thing so that he wouldn’t be discovered.”
Netflix 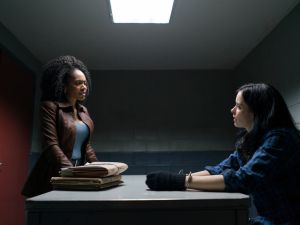 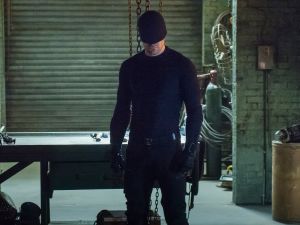 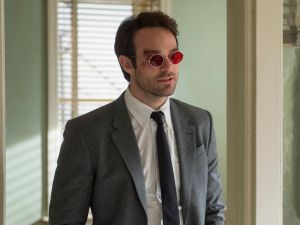 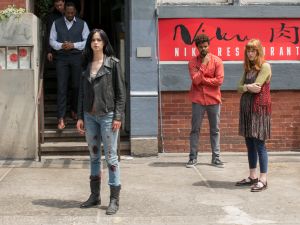 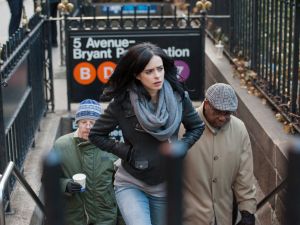 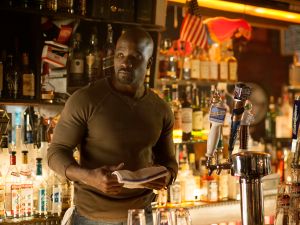 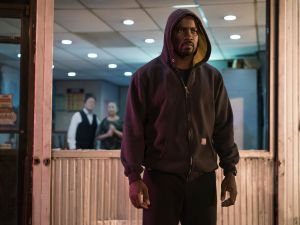 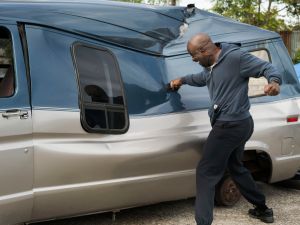 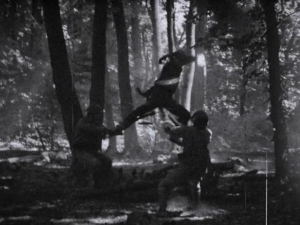 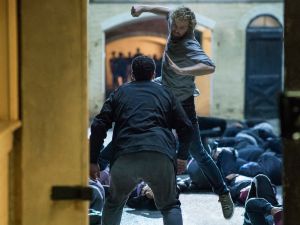 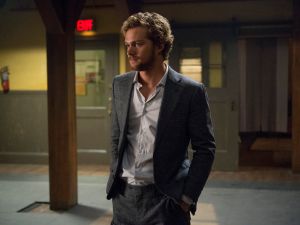 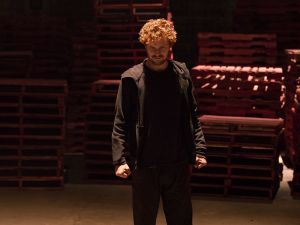 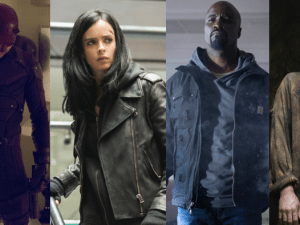 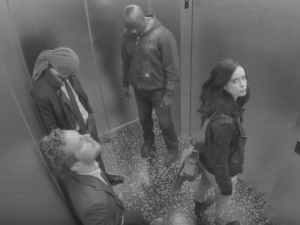 We hopped on the phone with the costume designer as she looks forward to Netflix’s first Avengers-style team-up, The Defenders.

“We really pay attention to the historical references, the illustrations, the classic stories,” Maslansky said. “Then we really try our best to update them, modernize them and bring them into the 21st century, just really imagine what’s going to resonate best with the fans. I always have the fans in mind. These are die-hards, some of them have been fans for decades and decades. Of course, it’s always subjective, but I do really try to imagine what this character would look like were he or she to be a live-action superhero, but street-level, very much grounded in this authentic, gritty New York vibe.”

Click through the slideshow above for Maslanky’s insight behind each hero’s distinctive look, and an idea of what to expect when those heroes collide in Marvel’s The Defenders.