Paris killed his little sister Ella. He was 13. She was 4.

In 2007, Paris called 911 following the fatal stabbing in Abilene, Texas: a little boy scared shitless. But the events he narrates on the recording in a breathy, panicked voice that hasn’t yet deepened are a bold-faced LIE. And the fact that we may never know why, that why may be beyond even the killer’s knowledge, is one of the many chilling elements of the engrossing Tribeca Film Festival documentary The Family I Had (Cinepolis Chelsea, Friday 9:15 PM).

Nonfiction features have become among the strongest offerings at the Tribeca Film Festival, now in its 16th year – andThe Family I Had is the kind of fact-driven film that unfolds like Greek tragedy. Even the killer, now in a Texas maximum security prison in Huntsville serving a harsh forty-year sentence, knows that the Paris of Greek myth slayed Achilles. His life, his sister’s death and his mother’s grief form the stuff to tragedy.

The central figure that emerges is Paris’s muscular, tattooed mother, Charity Lee, a single mom and recovering heroin addict who lost both children simultaneously. Phoning the Observer this week, she responds with a blunt honesty that is in itself shocking. Describing her son – interviewed in the film behind thick prison glass in a white jumpsuit and SpongeBob SquarePants eyeglasses – Charity declares flatly: “My son happens to be a sociopath.”

Tell us how you really feel, Mom. Her honesty is both welcome and disturbing. This is not news to her. Lee, who gave birth to a third child with severe heart defects, Phoenix, since the murder, backs up her claim: “I had Paris assessed when he was 15….He tested moderate to severe for antisocial personality disorder. He tested very high on narcissistic traits. There’s no denying that he is definitely a narcissist. And, when the doctor noticed some sexual deviancy traits, my son refused to continue testing.”

In the world of juvenile justice, where parents are usually split into separate camps allied with either victims or perpetrators, Lee uncomfortably straddles both. With almost a decade since the tragedy that exploded her family, Lee reflects: “The only thing that’s unique about what happened to us is the fact that it was murder. Typically, when a violent crime has occurred, family violence is related to mental health or drug issues. With what happened to us, how am I supposed to pick sides: this is my family, my son and my daughter?”

Lee continues that according to FBI statistics, only about 35 cases of a sibling killing a sibling happen each year. Sororicide is rare, says Lee, however “the feelings behind the event are not unique. Violence has happened to so many people, but in our case I love more than one person involved. My question was: how do I walk with everybody? It’s been my experience once there is a murder it’s rarely impersonal.”

Watching The Family I Had, it’s possible for audiences to be distanced, observing single mom Charity care for her third child, Phoenix, who rose from the ashes of her dire situation. According to Carlye Rubin, who co-produced and directed the feature with Katie Green, it’s possible to be “quick to judge Charity with her short hair and tattoos, and yet that impression of her is slowly chipped away: her background, her childhood, addiction, losing both of her children, one a murder victim, the other to the prison system. She shatters preconceived notions as a parent of a juvenile offender. She was both the mother of the victim and the offender, and became an advocate for prisoners and family of offenders. She walks in those shoes every day herself. She reflects an incredible amount of empathy.”

Originally filmmaking partners Rubin and Green – who previously made a documentary about grief called The (Dead Mothers) Club — had a different story in mind. They intended to pursue a broader investigation of the juvenile justice system, a system capable of incarcerating a teenager like Paris for forty years with no hope for rehabilitation and secure reentry into society. But, like a sculpture emerging from a marble block, it was the impossibly true story of Charity and her brood that began to take shape and priority.

“Maybe we had certain doubts about getting into bed with this type of story,” says Rubin. “But behind every headline there’s a family, there’s a story. It’s not just a 13-year-old who killed his sister. It’s about a cute little boy who’s an amazing artist who’s seen in home movies behaving lovingly toward his little sister.”

Adds Green: “It’s about trying to humanize everyone regardless of the crime. I’ve never met anybody like these complex individuals. We were trying to pose questions and present this story in a way that would challenge the audience to ask themselves questions. We constantly flipped the script around: where does the truth really lie, how do everyone’s individual truths work against each other?”

Rubin clarifies: “We don’t want to hit people over the head, or throw our subjects under the bus.”

The result is a shockingly relatable film that exists in the grey area between guilt and innocence. And nothing makes that clearer than a shocking moment [[spoiler alert]] deep into the movie when the narrative takes a radical left turn. In an on-camera interview, Charity’s mother, Kyla Bennett, reveals that she was the prime suspect in her husband’s murder in Atlanta, Georgia – and was acquitted. In a strange what-the-fuck moment that passes with whiplash swiftness, Kyla confesses: “I charmed the jury.”

On the phone, Lee doesn’t hold back when quizzed about her mom’s did-she-or-didn’t-she-kill-dad moment: “My mother and my son are a lot alike,” says Lee, whose father died when she was six. “I don’t think that my mother is as deviant in some ways as my son is. I think they are both able to detach emotionally — or not attach at all. I think my mother was complicit or complacent with what happened to my dad. My mom is not the clueless type. It makes you wonder. And that’s the thing with my mom and my son. You can get in their heads up to a point but then they go off somewhere that most of us don’t go.”

Charity’s raw family history is “one of the things that helped me deal with Paris,” she says. ” I grew up with someone who was unattached and calculating and constantly scheming so when Paris killed his sister, took off that mask and started really messing with me I’d had years of practice blocking [emotional manipulation] …. If I hadn’t gone through that trauma before I’m pretty sure that what happened would have killed me. I was a very resilient child; I grew into a very resilient adult. I tell my mom and we laugh about she and I and Paris. We’re all very intelligent, we all know how to influence people but I laugh, saying ‘but you guys use your powers for evil, I use mine for good.'”

Lee, estranged from her mother when filming began, has since reconciled. She even moved from Texas to Georgia with Phoenix to live with the child’s grandmother. Now, the women alternate monthly visits to Paris in Texas. “Surprisingly enough Paris and I have a good relationship,” says Lee. “One of the things I was able to get out of this is my son and I have a relationship based on honesty. I tell people that everybody wants to be understood, everybody wants someone to understand them. Unfortunately, my son is a sociopath. He still enjoys having one person in his life that can look at him honestly, with whom he doesn’t have to play games.” 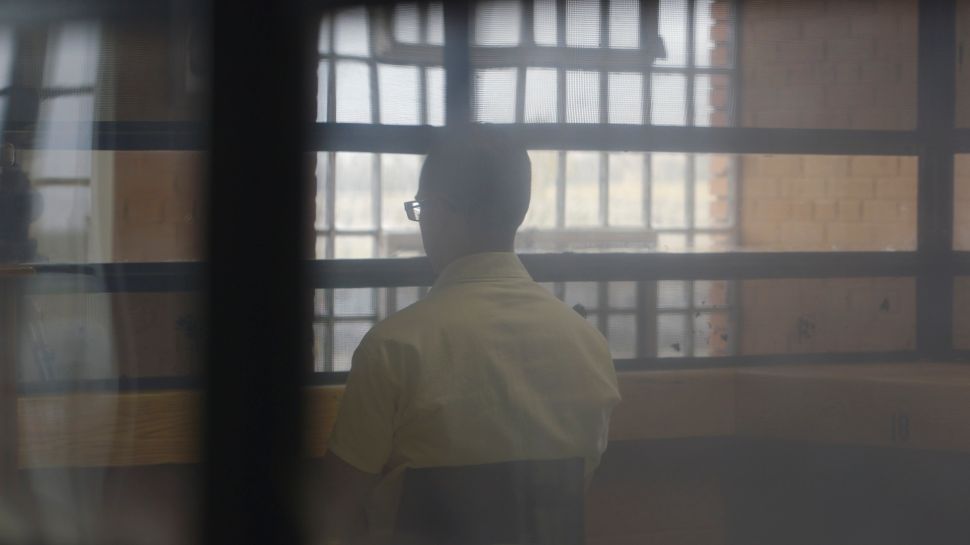