Donald Trump’s relationship with the media could best be described as strained. But that’s not a new thing for the Presidency. Since the founding of our nation, the Commander in Chief has jousted with the press.

George Washington hated the partisan press of his day so much that he cancelled all of his newspaper subscriptions when he took office. In the 1840s, James K. Polk was infuriated when the papers pushed back on the war with Mexico. And we all know how a pair of curious reporters with an inside source brought down Richard Nixon.

So Presidents are justifiably careful about who they talk to. Access to a solo interview with the most powerful man in the country is a badge of honor for a journalist, proof that they are to be taken seriously.

But when Anne Newport Royall tried to meet with John Quincy Adams and become the first newspaperwoman to ever interview a sitting President, she had to do something not quite so serious.

Royall was raised in a log cabin in western Pennsylvania and endured hardships that made her a fierce competitor with a thirst for justice. When her husband Major William Royall passed away in 1813, she sold off his land and used the money to travel the country.

Unfortunately, the Major’s family filed suit, claiming that he and Anne had never been officially married and that the will was a forgery. The court sided with them, leaving Royall flat broke and needing a new occupation. During her travels, she’d been taking notes and interviewing the people she met, eventually compiling them into a book. But Royall was thirsty for a bigger challenge.

She found it in Washington DC, where she’d moved temporarily while attempting to claim her husband’s military pension. While there, Royall set her sights on the most powerful man in the land: President John Quincy Adams.

Royall wanted to be the first woman ever to get an interview with the president. But Adams wasn’t particularly enthused about talking to a wandering widow, and had his office politely rebuff her.

Like any good reporter, Royall did her homework. The gossip around Washington was that President Adams enjoyed bathing in the nude in the Potomac River that ran behind the White House. His watery excursions happened every morning at 5 AM, so Royall staked out the property and managed to catch the President in the act.

Still smarting at his refusal to grant her an interview, Royall gathered up John Quincy Adams’ clothes and sat on them, essentially trapping the president in the cold waters of the Potomac until he consented to talk with her. When Adams finally gave in, Royall stood up, turned her back and let him dress in dignity.

John Quincy Adams was impressed by Royall’s pluck and wrote a letter to Congress advocating for her to receive her late husband’s pension. It worked, but the Major’s family sued her for that, too. The poor woman was left worse off, but her success had emboldened her to pursue a journalistic career at a time when the industry was almost entirely male.

Royall moved to Washington DC full time in 1831, setting up a printing press in the living room of her house to publish “Paul Pry,” a weekly newspaper that took aim at fraud and corruption in Washington. The pioneering reporter who once caught the Emperor with no clothes on turned her gaze towards stripping away the raiments of the elected. Later renamed “The Huntress,” the paper became an icon of Washington.

Elected officials tried to bribe her to bury stories, and others paid postal workers to not deliver issues to people on their route, but Royall persisted. She had never been one to mince words, no matter how much trouble it got her in.

Like most cutting-edge journalism, though, it didn’t make much money and Royall had to hire orphans to do the typesetting as they were the only ones who would work cheap enough.

Anne Newport Royall died in 1854 at age 84, considered by many to be the first female newspaperwoman in the United States. She battled through prejudice and adversity, but more importantly she showed that every subject had a soft spot.

Sometimes, you just had to strip them down to see it. 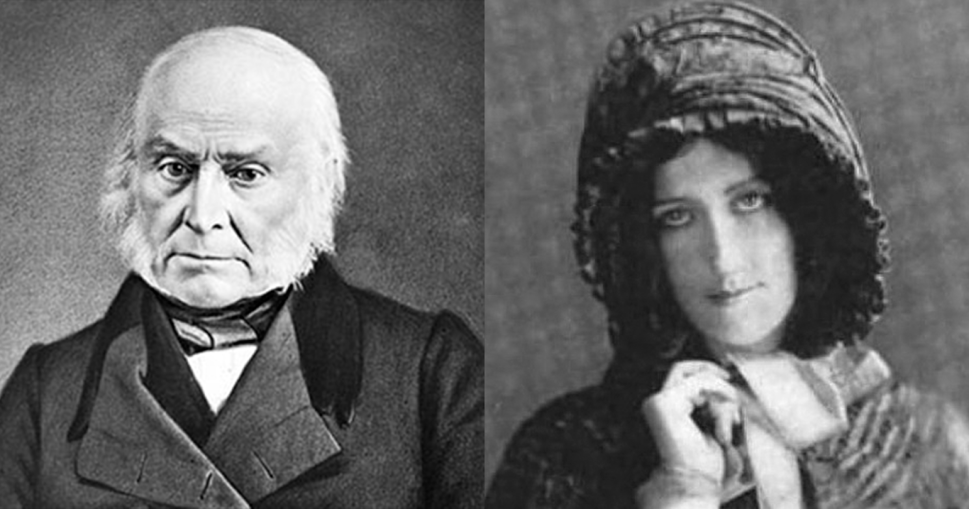