Visiting The Flower Shop is like going back in time to grandma’s rec room, that is, if your grandmother was equal parts retro and impossibly chic. The new restaurant slash bar (just don’t call it a lounge) sits on the border of Chinatown and the Lower East Side. It’s just far enough from the heart of the LES, so you won’t find any college kids taking Hair of the Dog Fireball shots.

Instead, the late night spot attracts millennials who look like the cast of Girls, all bobbing their heads to Willie Nelson tunes. If you frequent downtown hotspots, expect to run into at least one person you know at The Flower Shop, on any given night.

And no, the main attraction of the space isn’t the floral arrangements, despite the name. However, there are fresh blossoms at each table and a particularly on-brand signature pink cocktail, topped with dried rose petals. Both of the aforementioned details have resulted in The Flower Shop’s millennial-approved Instagram presence. The in-the-know founders, actually arrange the flowers themselves, after sourcing them from local flower shops in Chinatown, of course.

TFS is led by Ronnie Flynn from the NeverNever, Dylan Hales from The Randolph Group and William Tisch (whose father is Steve Tisch, owner of the NY Giants) from Major Food Group. Before officially launching, they promised cocktails, food and “most importantly…great vibes,” in the press release.

There’s a full menu, making it a go-to for first dates, girls’ night out without the clubsteraunt vibe and bro hangouts over burgers and fries. Executive Chef Michael Hamilton, formerly at The Black Pig and Daniel Boulud, now serves up quinoa and french fries for late night eats.

The Flower Shop’s Instagram presence is improved by the eclectic knick-knacks found both upstairs and downstairs, ranging from an *NSYNC poster by the downstairs bathroom to Pinterest-worthy inspirational quotes. “We visited stores and garage sales all throughout the five boroughs,” Hales told the Observer. They scouted eBay, Etsy, Craigslist and even made a trip to Round Top, a kitschy antique fair in Texas.

Some of the collectibles bring up nostalgia for more than just the ’90s obsessed clientele. Hales included an Olympic torch from the 2000 Sydney games, where his father ran the torch relay. Flynn’s personal favorite is a framed photo of his parents when they were younger, hung in the “couples corner,” full of romantic photos of friends and family.

The eclectic vibe is owed to the founders’ disparate ideas of what a New York nightlife spot entails. “I think the merging of ideas and that creative, interactive process is what makes the space look and feel so special,” Hales explained, describing the upstairs as a mix between The Waverly Inn and The Rusty Knot.

Everyone has been flocking to The Flower Shop for the nostalgia factor, right alongside the Instagram opportunities. It’s almost impossible to find a New Yorker who has yet to venture there, since they opened this spring. “The intrigue and nostalgia of the downstairs seems to have really struck a chord with our guests,” Hales acknowledged. In a city where the newest, hottest spot usually involves a list, a velvet rope or a hidden entrance, a low-key vibe certainly feels essential and worth the wait. 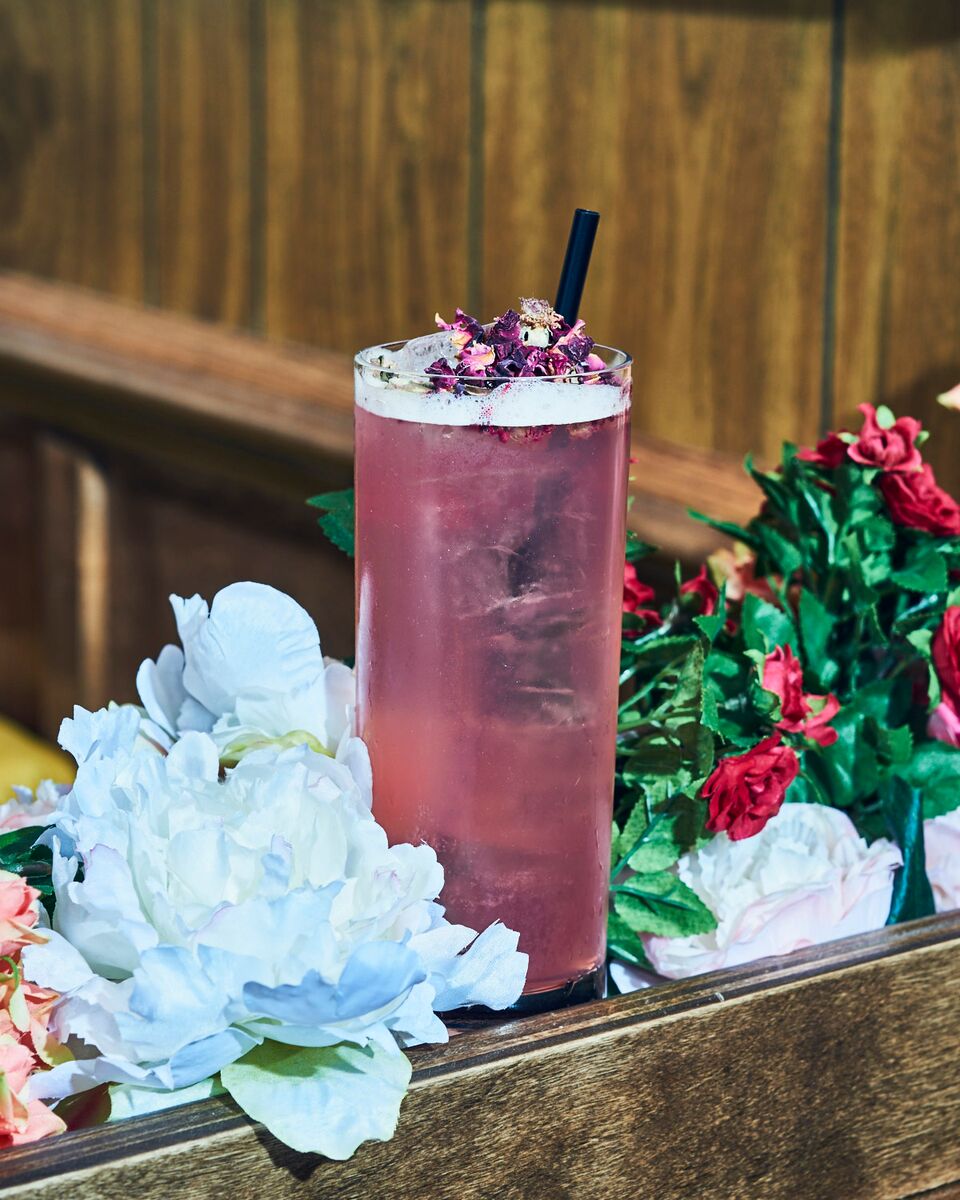