Welcome back to another installment of “Lawyers Who Don’t Lawyer.” This week we’ll be starting our broadcast in the office of FBI Agent Madeline Starkey (Jane Lynch), who is making Maia Rindell and her lawyer Lucca Quinn a proffer she can’t refuse: nothing Maia says in this meeting can be used against her, as long as she doesn’t lie. Sounds simple enough, right? Starkey basically wants a stream-of-consciousness report about Maia’s experience of her father’s Ponzi scheme, and the only rule is that she can’t perjure herself. I will bet you $10,000 that she perjures herself within the next five minutes, but sure, let’s all go on this adventure together.

Asked about 2008, which was the first time Starkey claims that new funds were used to pay old debts, aka the first time Henry Rindell committed a criminal act, Maia flashes back to the day Lehman Brothers went bankrupt, and her dad wylin’ out in front of the TV. She answers questions recounting the whole day, only to be told that her recollection conflicts with the events on Lenore Rindell’s calendar, which are a series of doctor’s appointments that the pair is listed as attending together. So basically, she’s already perjured herself and you owe me $10,000, plus a bonus, because Maia also keeps trying to implicate Jax by adding him into every memory she has of that time, and Lucca would really appreciate it if she stopped. Like, right now.

Over at Reddick, Boseman, and Kolstad, the firm is scoping out another police brutality case, this one against the police officer Andrew Thoreau (Scott Aiello), whom they’ve had problems with before. He’s accused of pulling someone over for expired tags and then kicking them in the head, and they want him off the street. Unfortunately, when they go to meet the victim in lockup, it isn’t the guy they meet first, Todd Knudsen (Charlie Hudson III); he’s in for possession, and RBK’s guy is none other than that old wife-killing chestnut Colin Sweeney (Dylan Baker). He directs them to his current kinky sex partner, Naftali Amato (Katrina Lenk), who was present for the arrest and the beating.

In court, the RBK lawyers ask the judge for Resisting Arrest, while the prosecution wants Aggravated Battery; Judge Don Linden sides with the prosecution, which actually benefits the defense, as the felony charge will allow them to put the crooked cop on the stand. Colin Sweeney is being an utter nightmare, as always, but Adrian Boseman and Diane Lockhart are fine with it, because they just want the dirty cop off the force.

Back in the FBI agent’s office, Maia is ready to perjure herself again, this time by checking off all the doctor appointments she remembers, which later turn out to be cover stories for Lenore to have sex with Jax, which she’s apparently been doing every two weeks since 2008. Very cool. This side of the plot is actually getting a little confusing for me, because it’s being laid out as if Maia actually does remember a lot of this stuff. They’re including an image of the memory right after Maia thinks about it, which suggests that the memory is real, only to follow that up with Starkey telling Maia the memory isn’t real. So if she’s lying, the material is being presented in a very strange way. I guess we’ll see in the finale episode if they’re building up to some big reveal that explains all of this, or if it’s just a very confusing way of portraying the holes in Maia’s memory.

Back at the RBK case, a representative from the Civilian Office of Police Accountability named just Nat (Chris McGarry) won’t take the police brutality case when he hears it’s Colin Sweeney, but Boseman isn’t too worried about it, because he still has angles to play. Thoreau claims on the stand that Sweeney caused his facial injuries, but Sweeney has no marks on his hands. They put Jay on it, and he discovers that Thoreau sustained the injuries sparring with a young boxer at his gym. The COPA dude shows up in the courtroom for this part of the testimony, and he seems back on board with the case. At least until the prosecution calls Naftali, and they discover that she’s changed her story and is now claiming that Sweeney punched the cop, at which point Mr. COPA is right back out again.

In Starkey’s office, Lucca is trying to turn the tide back in their favor by dragging Starkey for not being married, as she pretended to be, and telling her to cut the folksy bullshit for the rest of questioning. But truly, it seems like nothing can help Maia at this point. We’re talking about the Rindell Foundation now, and we discover that Maia is one of just three board members, and yet they’ve only ever met once, in 2011. The foundation was intended to send aid to Africa for malaria prevention, but Maia has literally no idea how much was ever sent, despite the fact that the entire foundation was signed over to her on her eighteenth birthday. It seems like her parents used the foundation to hide money from the SEC — to the tune of millions of dollars — and Maia is responsible for that. Her only recourse is the fact that she signed the papers for the foundation at her eighteenth birthday party, which was three days before her actual eighteenth birthday, rendering them useless. So like, nice save, I guess? But also Maia, you suck.

But Starkey isn’t giving up quite yet, because she’s one of the professionals in the series that actually does her job, as opposed to Maia who is not only not acting like a lawyer, but acting like she’s never heard of a lawyer before. Now Starkey wants to know when Maia became aware of the Ponzi scheme; Maia claims it wasn’t until the press reported it, but Starkey points out that Amy Breslin’s parents never invested in the fund and is curious why. And honestly? Touche, dawgg, I can’t imagine how Maia’s gonna get out of this one.

Meanwhile, the RBK lawyers are trying to figure out why Naftali lied on the stand; Colin mentions that a felony drug possession charge could get her deported. Using hypotheticals as instructed, so he doesn’t perjure himself, he reveals that the couple was on their way to a “chem sex” party, where they were to be the suppliers. When they were pulled over, Naftali threw the drugs out the window, and they’ve since been discovered by the cops. In the dash cam footage of the event, the arrest is off-camera, but the tape shows that someone drives by during the altercation, a potential witness. It turns out to be Richard Hess, a man who saw the whole thing, but refuses to testify, because he’s in town to vet potential ambassadors — Colin Sweeney wants to be one — and his job description probably doesn’t include attending any chem sex parties. Just a guess.

But Diane and Boseman need a new tactic regardless, and it suddenly occurs to them that the answer is in the man they met earlier who’d been arrested for possession: Todd Knudsen. He was pulled out of his car and handcuffed for heroin possession, only to have the charges dropped later, which he says Thoreau’s colleagues told him happens a lot with him.

Later, we find out that Thoreau has been kicked off the force, and RBK is building a suit against dirty cops, but Sweeney doesn’t want to be a part of it because he’s trying for that sweet, sweet ambassadorship to the Vatican.

And finally, across town, Maia is going on an emotional journey where she realizes she really did know, or at least suspect, about her parents’ fund. We watch in Maia’s memories as Amy pleads with Maia to speak to her dad so that Amy’s parents can invest, but Maia says it’s not gonna happen. Only to find out — of course — that she never passed the word along. She was protecting Amy and her parents from the fund, which is cold hard proof that she knew something was fishy, as far as I’m concerned. She even goes so far as to tell Amy that she doesn’t want her parents’ money “tangled up” with the Rindell Fund, which is pretty incriminating, and Maia is thinking about it right before she goes back into the room with Starkey. Lucca is frantically trying to come up with ways that this isn’t the worst, and things her client can say to protect herself, and apparently, we’ve all forgotten the conceit of this meeting: only bad things can happen if you lie.

But Maia does perjure herself, saying that she didn’t want to combine money and love or some nonsense, and Starkey reveals that she’s recommending prosecution by the U.S. Attorney’s Office. This was a proffer session, yes, but she lied. Fingers crossed that there are actually some consequences for this passive pile of bad ideas and vaguely good intentions in next week’s finale. 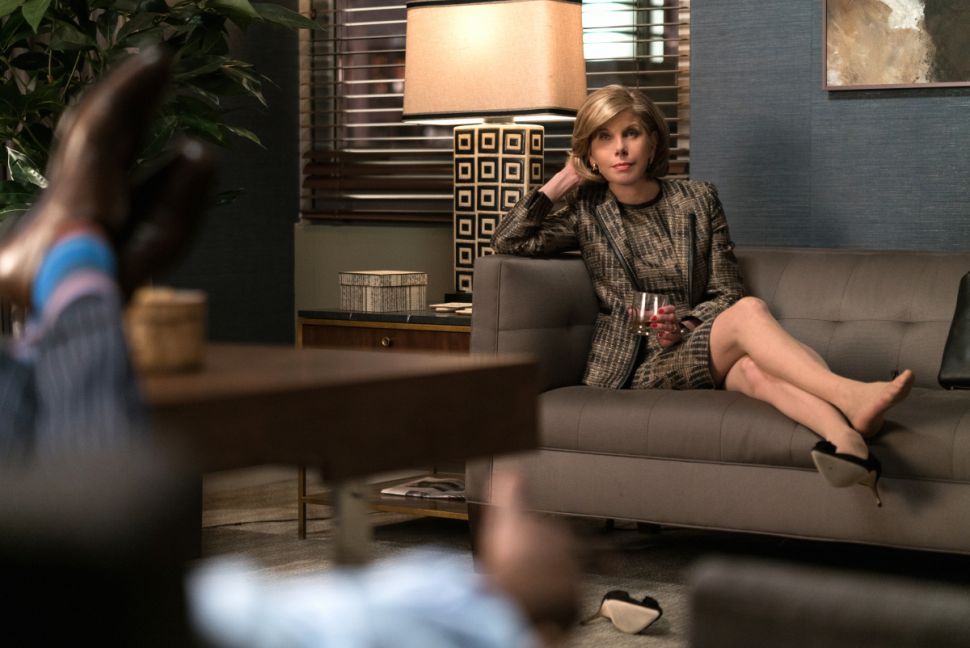