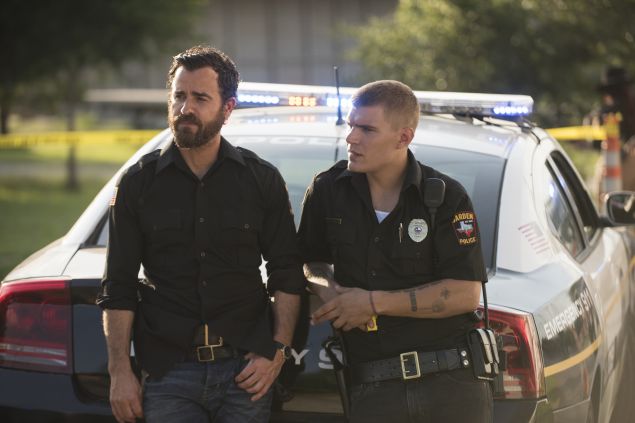 Have you guys heard about this new show depicting a fractured populace struggling to cope with an unimaginable disaster that has rendered the whole world sort of unknowable and seemingly fraught with peril?

No, not the evening news, silly. This show is on HBO.

No, not Bill Maher or John Oliver. This is fiction. The best series HBO has run over the last couple years.

No, not Game of Thrones. This show has less…well, I was going to say less on-screen pubic hair, but come to think of it the only thing the people on GOT seem to devote more time to than plotting and scheming is waxing and sculpting…

Last season kicked off with a little vignette about cavemen, this year we start in the 1840’s, where a congregation of rustic believers draped in white robes repeatedly fail to predict the correct date of the rapture. It starts out cheerful and kind of funny, at least to this elitist liberal viewer, as the believers keep revising the date of the prophesized departure, but by the end it’s sad as hell as we see the resulting sorrow, confusion, and pain caused by God’s refusal to keep the appointment.

Why, it’s almost as if any attempt at understanding the divine only leads to trouble or something.

Or, it’s almost as if there’s nobility in man’s attempt to understand the divine, despite the misery it brings.

Or, something. That vignette segues into the morning following the end of season two, Evie (Jasmin Savoy Brown) and the rest of the Guilty Remnant chilling in the visitor center outside Miracle, Texas. Evie’s anxious for the group to make their next move, Meg (Liv Tyler) talks about Siegfried and Roy and the hazard of getting too comfortable around tigers, and both of their storylines seemingly come to an end as the bureau of Alcohol, Tobacco, and Firearms drone-strikes the shit out of the visitor center.

Cut to: three years later. Two weeks before the seventh anniversary of the Great Departure. Kevin Garvey (Justin Theroux) has a beard now. He’s also the chief of police, and he’s overseeing the influx of pilgrims into town. His adopted son, Tommy, has seemingly given up on seeking comfort and a sense of order in various religious cults and settled into life as a police officer (I mean, if you’re going to join an insular, highly regimented group steeped in tradition, you might as well join the one with a pension plan, right?). Gone are the wristbands, rules, and regulations that governed entry into Miracle last season—under Chief Garvey, all are welcome. The town is overrun with folks anticipating that something wild will happen on the anniversary. There’s a twenty-foot inflatable Gary Busey bopping around downtown, and the bro’s who put it there don’t seem to be all the way joking when they say that it’s there to welcome the Departed Busey back to Earth when he reappears in two weeks.

Justin Theroux is married to Jennifer Aniston…do you think she watches this show? I like to imagine Justin coming home to their mansion in the Hollywood Hills after a day of shooting, finding Jennifer in their home gym…they have his-n-hers elliptical machines, set side by side…

Jennifer: How was your day?

Justin: Long. The inflatable Gary Busey statue popped and it took all afternoon to patch it up, and then the wind kicked up and nearly blew the thing away.

Justin: Yeah. These dudes are treating him like the messiah and they’re waiting for his return.

Jennifer: Oh, we did something so similar in Friends season four.

Justin: Let me concentrate, tomorrow is the big scene where that guy from season one shows up convinced that dogs disguised as humans are infiltrating the government.

Jennifer: You get why I text Brad, right?

Most of this episode is devoted to showing how things have changed (or appear to have changed) since season two. Kevin and Tommy are cops. Nora (American treasure Carrie Coon) is back to work with the bureaucratic office that oversees Departure claims, and she and Kevin seem to be really happy, hot and heavy, in love. Nora’s brother Matt (Christopher Eccleston) has a big congregation that hangs on his every word as he spouts off some biblical numerology in anticipation of the seventh anniversary of the Departure. John Murphy (Kevin Carroll) is now married to Kevin’s ex-wife Laurie (Amy Brenneman) and they’re running am altruistic psychic/fortune telling scam together where they offer comfort in exchange for cash and then, weirdly, shred the cash.

Halfway through the episode, there’s a dinner party in celebration of Tommy’s birthday and everyone seems to have fun! It’s the first time the entire huge cast of this show has been under one roof! Jill (Margaret Qualley) shows up for a quick cameo, establishing that she’s away at college.

But…where’s Kevin and Nora’s adopted baby, Lilly? Where’s John’s ex-wife, Erika? Nora has a broken arm, what’s up with that? What’s up with the meaningful glance Matt and Michael Murphy (Jovan Adepo) share after Kevin cites ‘divine intervention’ as being behind his meeting Laurie on his 25th birthday?

Why, it’s almost like everyone isn’t doing as well as they claim, an idea reinforced by a scene where we follow Kevin’s morning ritual the day after the party, which involves seeing Nora off, laying out his clothes, and asphyxiating himself with a plastic bag.

And it’s all downhill from there.

Matt’s wife, Mary, is taking their son and leaving, sick of Matt’s insistence that Miracle is magical (despite the fact that she awoke from a persistent vegetative state, magically pregnant, last season). Matt and Michael, understandably a little obsessed with the fact that Kevin survived drowning, being poisoned, and a point blank gunshot to the chest last season, are writing a new testament for the bible in which he has a starring role. Tommy is troubled by the cover story for the destruction of the visitor center, which goes that an errant cigarette ignited a gas leak and does not include drone strikes. John is convinced Evie is still alive, somehow. Kevin keeps flashing back to stuff that happened in the weird limbo he found himself chilling in after he died over and over in season two, and straight up confuses that for reality while consoling Tommy after the two of them are ambushed by the dog fanatic and Tommy blows his addled brains out of his bald head.

Plus there’s the mystery of who is dropping leaflets and paying for skywriting counting down to the Great Departure anniversary, also the mystery of what’s going on in the last scene of the episode, which focuses on an old woman collecting carrier pigeons and delivering them to a small church in Australia, where a nun asks her if the name ‘Kevin’ means anything to her and the woman, who the nun calls Sarah, but who is in fact American treasure Carrie Coon wearing old lady make-up, says it does not.

It’s going to be really interesting watching how a show that’s basically about how there’s no such thing as closure wraps up over the next seven episodes, and I’m excited to have been granted the honor of recapping each and every one of them for your reading pleasure. It occurs to me that, given that millions of people read these recaps, statistically some of you will die before the seventh episode airs, so here’s a special offer: if you have your next of kin send me a copy of your death certificate and a check for twenty bucks I’ll spell out recaps for any episode that airs after you died on a Ouija board to keep you up to date in the afterlife.

You can send that stuff care of the Observer, and please make checks out to cash. 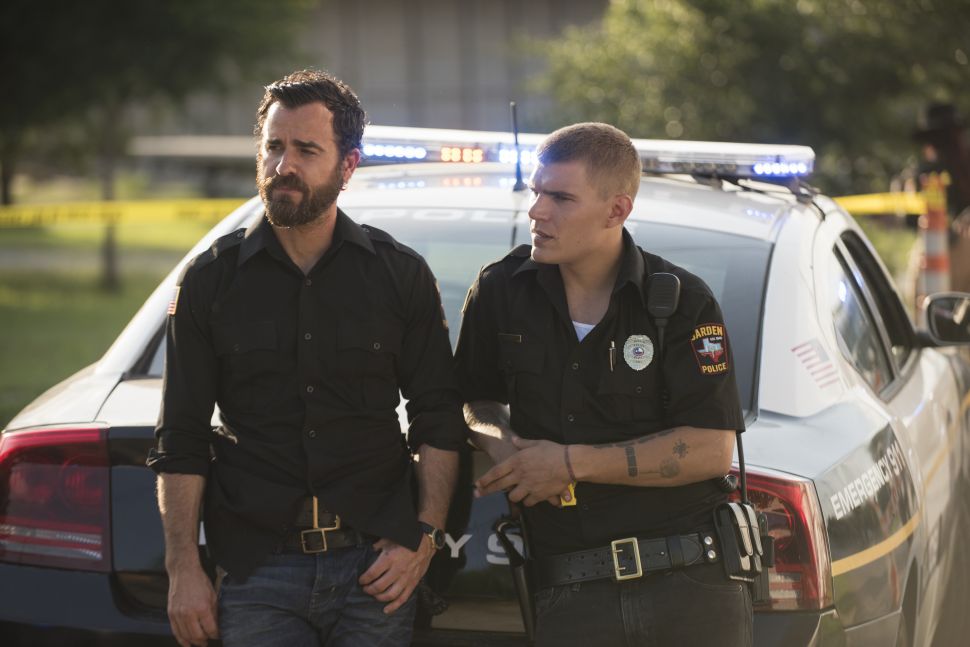