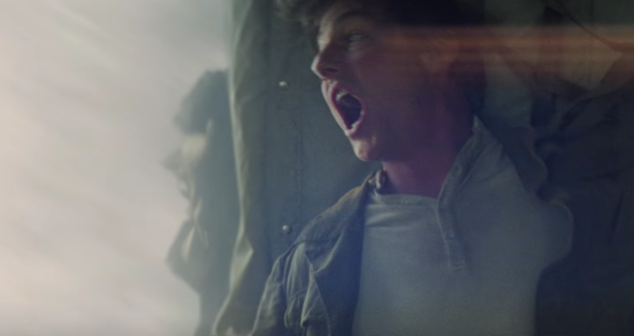 Something is fucky about Universal’s The Mummy. I supposed after Iron Fist and Ghost in the Shell we should all just be happy Ryan Gosling wasn’t cast as a reincarnated Egyptian pharaoh but…I don’t know. I don’t know if this is a reboot of the original 1932 Boris Karloff vehicle or the 1999 Brendan Fraser desert romp. I don’t know who the target audience is for the classic Universal Monster Movies updated to fit identically, frame-for-frame on top of a Mission Impossible film. I don’t know what Russell Crowe is doing, just like, in general anymore. The only thing I do know, not quite for certain but growing in confidence steadily, is that famous actor Tom Cruise has never, not even once, screamed in his entire life.

Allow me to explain.

Back in December, Universal released the first look at The Mummy, a trailer that, until now, I believed to be the first documented evidence of Tom Cruise attempting to scream. At roughly 1:17 into the video, Nick Morton (played by Cruise) finds himself in a plane crash and lets out a scream that could, at once, be described as A) Not Tom Cruise and B) Resembling whatever sound the old, sad caboose makes in a cartoon about talking trains.

I was happy to leave it at that, though, content in the knowledge that the type of man who would gladly hang from the side of an airplane for the benefit of the fifth movie in a franchise is not someone used to screaming in fear. Until now.

Fast-forward to 1:13 into The Mummy trailer #2 and you’ll see the same clip from trailer #1, same crashing plane, same Nick Morton, same Tom Cruise…different scream. Not only different, mind you, but a scream that sounds a hell of a lot more like a “Tom Cruise scream.” What does a “Tom Cruise scream” sound like? Just listen to it. That’s not a genuine scream. That is the scream of someone who learned the concept of “fear” by watching Youtube jump-scares and other people playing Resident Evil, but never quite grasped the concept themselves.

If it ended there, with the knowledge that Universal executives gave Tom Cruise an honest-to-goodness shot at sounding legitimately scared and got instead the sound of a rapidly deflating hot air balloon…that would be okay. But it doesn’t end there. It appears the TomSpiracy is only just beginning:

At the 1:27 mark of Trailer #2, Nick Morton is overrun by a horde of street-rats, and…there it is, a scream, no, The Scream™. They did it, the maniacs, they actually did it; they took the sound of what I’m increasingly believing is Not Tom Cruise screaming and stuck it over another part of the movie. (Note: The Scream™, whoever it belongs to, is objectively funnier over the image of Tom Cruise being eaten by an army of mummy rats).

Which option is most likely? Hard to say at this juncture. But keep your eyes and ears to the sand, folks. The Mummy doesn’t premiere until June 9, but the TomSpiracy is well underway.