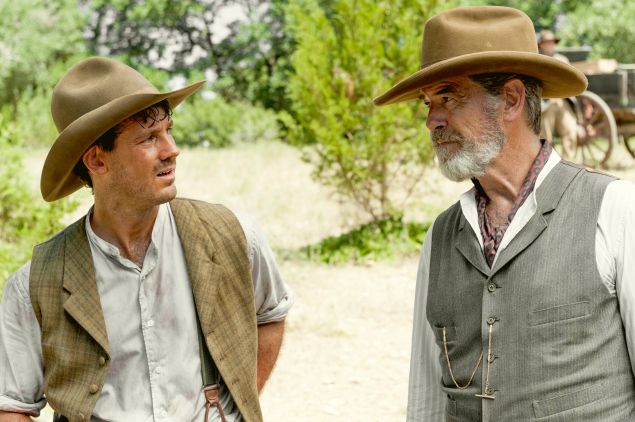 We open with young Eli in 1849, now 4 months in captivity with the Comanches. They’re suddenly ambushed by Texas rangers.

Back in the 20th Century, Pete is still completely wrecked over killing a guy. But he’s willing to suck it up enough to join his dad and a posse of Texas Rangers to stop a group of Cesar’s (RIP) men from derailing a train. Pete’s son Charles wants to join in on all the posse fun. Pete’s all like “C’mon man, no way.” Charles ends up joining them anyway, and Pete almost accidentally shoots him, which Pete is not cool with at all. Charles takes to yucking it up with the rest of the posse about their plans to ambush the would-be train derailers, which Pete is not cool with either. Back in town, there’s considerable tension amongst Cesar’s family about his disappearance.

Back in 1849, Eli’s been separated from the Comanches, post-ambush. Eli finds Escute, whose leg has been badly broken after falling from his horse.

Eli mercifully kills the injured horse. Back in 1915, Eli’s posse is setting their trap for the train-derailers. Pete’s worried about Charles’ involvement with the posse. Eli helpfully points out to Pete that if he hadn’t married Sally, he would’ve ended up with Maria (who this show is clearly steering in Pete’s direction.) There’s more considerable tension, this time between the posse’s sole Black member, Neptune, and the rest of the posse. Charles tells Pete he’s looking forward to shooting Mexicans. Pete is less than cool with Charles talking like that.

Back home, Sally is starting to get the hunch that Charles is missing. Sally’s other son asks his mom why the Garcia’s think they killed Cesar. Sally manages to avoid blurting out “Because we did.”

Young Eli manages to get Escute back home, but not before he passes away. We’re back at the ambush in 1915 now and it’s tense. A shoot-out breaks out between the posse and the train derailers, who eventually retreat after losing a number of men. Pete shoots and kills a woman who shot Sullivan in the head. Sullivan’s fine. Pete is not. He’s now killed two people at close range. The posse returns to the McCullough Ranch for drinks and merriment. Sally asks a very drunk Pete if he’s okay. Pete pretty much ignores her. Pete’s got a lot going on. 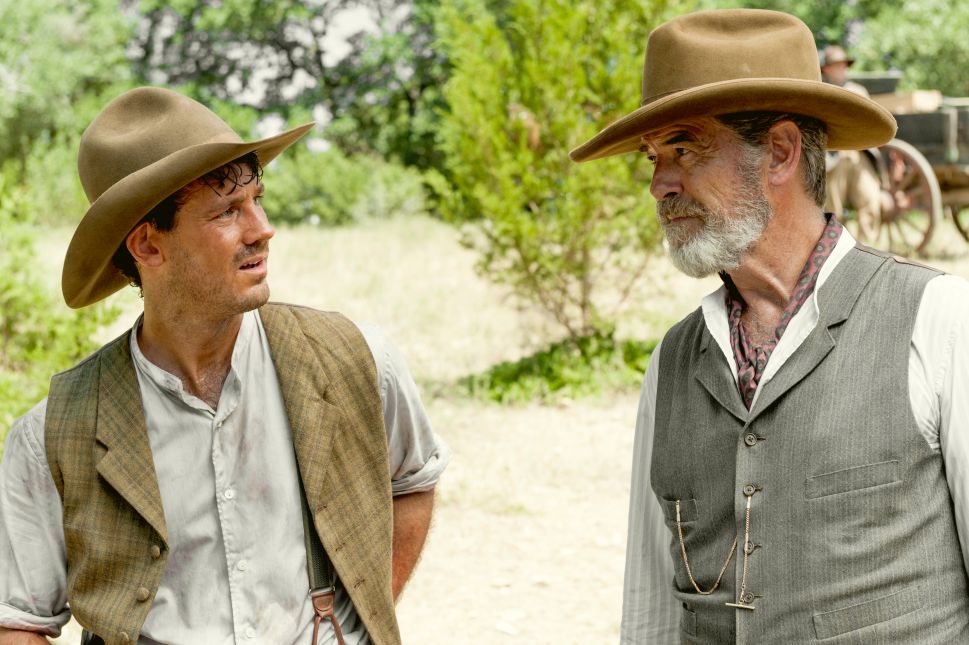