On April 11, Democratic congressional candidate James Thompson came close to defeating Republican candidate State Treasurer John Estes in a special election in Kansas, with just over a 6 percent margin in a district that President Donald Trump won by 27 points. However, the bigger story is how Thompson ran a formidable campaign without support from the Democratic National Committee (DNC) and Democratic Congressional Campaign Committee (DCCC). This lack of support likely stemmed from the DCCC’s strategy to abandon rural America and their disdain for candidates who embrace Sen. Bernie Sanders’ progressive agenda.

New DNC Chair Tom Perez said during his own campaign, “A 50-state strategy is the only way forward. That starts with rural outreach and organizers in every zip code.” However, he already broke this promise with the first congressional election Democrats ran under his leadership. Perez made the excuse to the Washington Post, “There are thousands of elections every year. Can we invest in all of them? That would require a major increase in funds.” His response fails to acknowledge that the Democratic Party has a Democratic Congressional Campaign Committee devoted solely to funding and supporting candidates for the House of Representatives, of which there are not thousands of elections for every year. Perez and the Democratic Party also didn’t capitalize on Thompson’s surge in the race by fundraising on his behalf.

In contrast, Republicans—sensing the race could be close—devoted substantial resources to Estes’ campaign. Sen. Ted Cruz and Vice President Mike Pence made appearances on his behalf, and Republicans added $100,000 in funds at the last minute to his campaign.

The Democratic establishment tried to appropriate Thompson’s success in the district as a testament that anti-Trump sentiments will translate to big wins for Democrats in the 2018 midterm elections. However, when pressed on why they failed to support Thompson, they dismissed criticisms for ignoring the race. The Huffington Post reported, “A DCCC official who spoke with The Huffington Post on Monday, however, argued that the party’s involvement would have been ‘extremely damaging’ to Thompson because it would have been used against him by Republicans, who have poured significant money into the race. Thompson has performed better than expected in the race because he stayed under the radar, the official added.” This claim makes little sense, especially given that Thompson’s Republican opponent portrayed him as an establishment Democrat anyways.

Rather than this special election representing an anomaly or misstep from the Democratic leadership, there’s a prevailing trend within the party’s establishment to select and support weak, centrist candidates who provide the party with opportunities to fundraise from corporate donors. This trend is symptomatic of a revolving door within the Democratic Party leadership, where party officials often sell out to work for Republican lobbying firms. The Intercept’s Lee Fang pointed out Mark Squier, John Donovan, and CR Wooters as just a few examples.

Currently, in a special congressional election in Georgia to replace Health and Human Services Secretary Tom Price, the Democratic establishment is putting vast resources behind establishment Democrat Jon Ossoff. The former legislative assistant and filmmaker has strong ties to Rwandan dictator and Clinton Foundation ally Paul Kagame. In addition to the party’s funds, Ossoff’s pro-business centrist platform has afforded his campaign several million dollars. Democrats are hoping that their support of Ossoff will translate into a victory, which will elevate the narrative that that centrist Democratic candidates perform better than progressives, who the party continues to ignore despite their growing popularity. 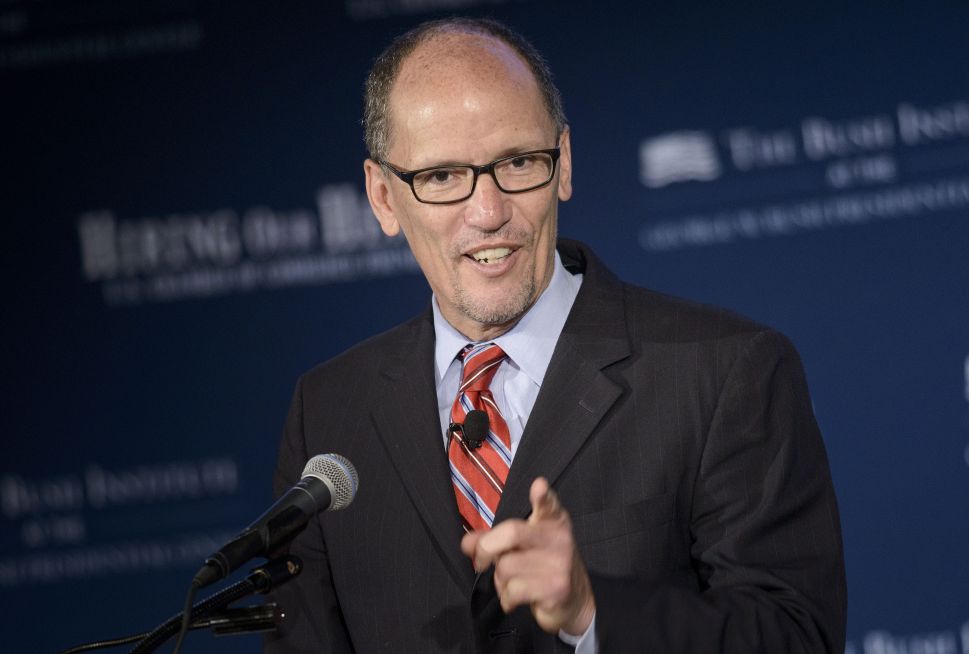