Oh Thor, how I love thee. Son of Odin, God of Thunder, Lord of Asgard, Boyfriend of Jane Foster, Colleague of Hulk, Roommate of Darryl—and on and on. Aside from being an actual God—none of the other Avengers can boast such an impressive credential—Thor’s journey from comic book page to big screen has been packaged into such a near perfect cinematic blend of fantasy, action, romance and humor that I would argue it is, in fact, the best of Marvel’s movie series so far. Yes, the Avengers movies are certainly great—Joss Whedon has been directing them, how could they not rock. And Robert Downey Jr. has given Iron Man both the pretension and heart the character deserves. But when it comes to the superhero standalone, you can’t ask for more than what Thor has been serving up in Asgard’s great feasting hall on the finest serving platters the nine realms has to offer.

While Thor’s fellow Avengers have all successfully defeated their fair share of world threatening villains, their stories have been largely dominated by bleak metaphors for the sociopolitical issues that plague the real world. Meanwhile, Thor has operated somewhat differently—which is to be expected considering that Marvel is telling the story of a God and not simply a mortal man imbued with superpowers. The franchise’s first two films (the first directed by the Academy Award-nominated actor and director Kenneth Branagh) have tackled this challenge well, depicting how Thor’s immortal powers can seem comically larger-than-life on Earth but still well matched against fantastical enemies like Frost Giants and Dark Elves. And though Tony Stark can crack a joke cynical joke here or there, Thor never takes himself too seriously, as evidenced in Marvel’s Team Thor teasers, wherein the Asgardian royal moves to Australia, takes a roommate and bums around roasting meat on his patio. So, with a third film, Ragnarok, on the horizon, here’s why I’d argue Thor is the best Marvel film franchise.

If ever an actor was born to play a role, Chris Hemsworth is Thor. Upon his birth, doctors most likely told his mother: this boy is no mere mortal, he was sent from another realm, to make millions of dollars at the box office defending Earth from other aliens, and he’ll be able to lift really heavy stuff and throw a hammer very hard, very far, some day.

I was a Tom Hiddleston fan before the Thor movies, but Hiddleston and Hemsworth have proved to be the perfect yin and yang combination. Compared with Hemsworth’s lovable golden locks and rumbling pronouncements, Hiddleston has managed to keep the ever untrustworthy Loki, despited his silky deceptions and sometimes oily hair, likable. I root for Loki every movie. Somewhere, deep down in his frost giant heart, is decency—and a good one liner. 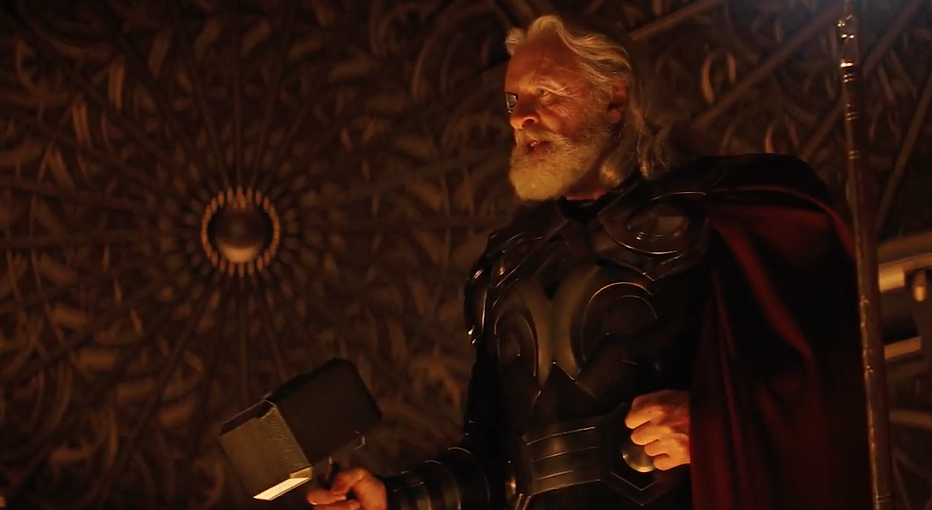 Odin is not a Dad to be messed with. YouTube

I mean, could you ask for an Odin with more gravitas than Anthony Hopkins has poured into his version of the All-Father? Anthony Hopkins, with one eye, banishing Thor to shitty Earth for being too broey is some of the harshest parenting I’ve seen on screen, superhero film or otherwise. 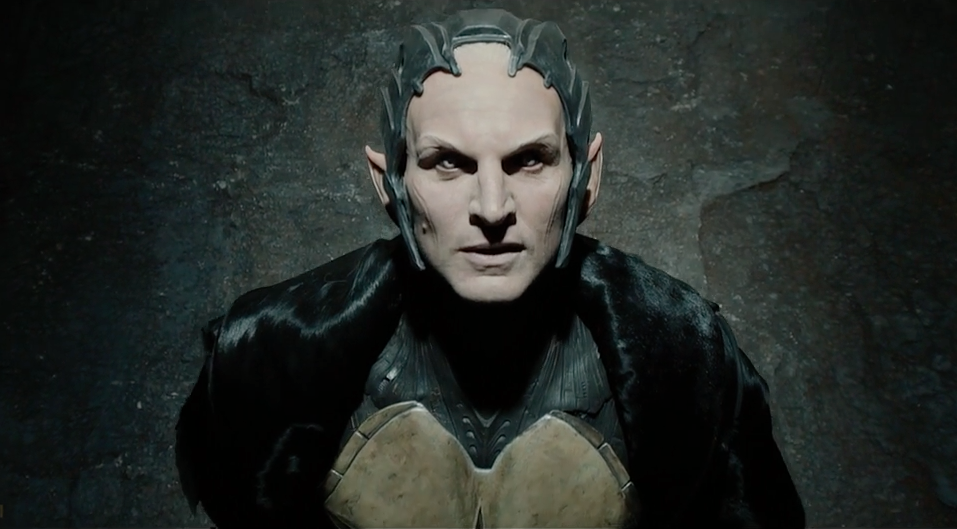 I’ve seen Lord of the Rings, and there were no elves that looked like this. Malekith is one scary elf. Are we sure he’s not half orc? Thor’s universe is filled with terrifying versions of creatures I always assumed were sort of whimsical, when in fact they’re the stuff of nightmares. Can you believe these guys lived just on the other side of the Rainbow Bridge.

A Self Sufficient, Self Rescuing Romantic Lead

Jane has both advanced science degrees and a mean right hook. YouTube

Jane and Thor’s relationship is long distance, which is hard for even most humans to work out. But the fact that Jane is devoted to her scientific research, and Thor is supportive, makes them a great pair. And she’s not afraid to punch a God. A God!

Thor thinks of the Avengers as “work,” which just tickles me in all the right places. Deadpool’s humor infused script was a hit with audiences, and given the viral success of the Team Thor teaser videos and the Ragnarok trailer, and the fact that the latest film is being directed by New Zealand’s Taika Waititi of the indie comedy What We Do in the Shadows, I’m hopeful that plenty more of Thor’s charming humor is on the way.

This man guards the Rainbow Bridge. Bow down.

At the end of the day Thor just wants to be a normal guy. YouTube

Prediction: In Ragnarok, the trailer appears to show Hela crushing Mjolnir to bits. But Thor’s roommate Darryl has some roommate magic up his sleeve. He will phone an engineer friend to come over while Thor’s off getting a latte, and together they’ll help Gorilla Glue his hammer back together—because that’s just what roommates do for one another. Actually, Darryl is really hoping this will guilt Thor into paying rent. Nevertheless, Darryl will basically save the nine realms.