President Donald Trump’s initial reaction was to say “we’re moving on,” but unless the President’s conservative skeptics are right that his heart is not in reforming healthcare, it’s hard to make sense of such an eagerness to pivot.

Republicans spent the past seven years telling voters, understandably concerned over the numerous and growing failures of Obamacare, that they had a plan to replace it. They just needed the legislative numbers and a Republican president to roll back Obama’s signature bill.

With those structural features finally in play, now was the time to deliver. Yet they came away empty handed.

Where they go from here is a discussion that has been postponed to allow adequate time for finger-pointing and blame-gaming.

In the meantime here are three lessons to be learned from the initial failure:

During the campaign, candidate Trump often proclaimed that “it will be so easy” to get rid of Obamacare. Within days of his post defeat pronouncement about “moving on,” he was suggesting that he’d take another run at it because it “will be easy.”

Setting the expectation bar so low was not only disadvantageous to his vaunted negotiating skills but also set up the inevitable finger-pointing when things turned out to not be so easy.

Jeanine Pirro, an old friend of the Trumps, immediately inveighed that “No one expected a businessman to completely understand the nuances, the complicated ins and outs of Washington and its legislative process.”

That’s all the more reason for the President and his team to not suggest that there’s a magic wand to be waved and make things happen in Washington.

The unvarnished truth is that repeal and replacement of Obamacare was the toughest thing on the Trump agenda.

The more than 2,000 pages of legislation and thousands of additional pages of regulations developed over the years were a root system that was going to be very tough to hack away.

If Trump or Ryan had wanted “easier” going, the infrastructure package, which has significant Democratic support, or even immigration would have been more likely to provide an early win.

The legislative process often isn’t pretty and it’s certainly not easy. As Ronald Reagan once observed, “the solutions are simple; they’re just not easy.”

2. It Wasn’t Going to Happen Fast

A corollary to the “it wasn’t that easy” theory is that the timetable pursued by Trump and Ryan was overly ambitious.

Perhaps because they thought it was easier than it turned out to be and perhaps they were playing too much “inside baseball”; the managers of the failed plan tried to get it passed in the House in 17 legislative days.

Contrast that with other major legislative efforts that took exponentially longer, including the famous Reagan tax cuts in the 80’s and the welfare reforms of the 90’s.

Obamacare itself took more than a year and all sorts of arm-twisting and deal-making with a Congress that had far bigger margins for the Democrats than the Republicans now enjoy.

The original vote date, timed to coincide the the seventh anniversary of the passage of Obamacare, was a classic example of “inside the beltway” thinking.

Such symbolic gestures are the coin of the realm in the corridors of DC power, but mean nothing to the millions whose lives are affected.

In addition to the artificial timetables, another “inside baseball” element of the debacle was the use of the “reconciliation process.”

In adopting this strategy, without sufficient consultation with Members and outside groups, the House leadership boxed themselves in.

Reconciliation requires finance related items for inclusion in the bill. That meant that popular and vital proposals had to be excluded, including provisions to allow purchase of insurance plans across state lines and significant reforms to the cost-driving medical liability system.

Furthermore, the reconciliation strategy virtually assured a straight party line vote, meaning that Republicans couldn’t afford to lose very many from their conference and that they “owned” the resulting healthcare system. The imperfections in the bill made that a daunting prospect.

The bigger risk now is that Republicans fail to act on Obamacare, which is collapsing under its own weight.

Premiums continue to skyrocket, running close to if not ahead of soaring deductibles. Insurance companies are fleeing, leaving many areas of the country with only a single provider. Few in either party will argue that Obamacare is working as promised.

The Trump administration and congressional Republicans can’t just “move on.”

By pulling the bill, the legislative process was never allowed to play itself out. Now they must go back to the drawing board and come up with a true patient-first proposal for replacing Obamacare.

They need a better product, a message that connects with the American people and a process that gets the job done by not getting in the way of their policy initiatives.

People care deeply and passionately about healthcare. Folks want to know how any system proposed by legislators is going to impact them and their family. They deserve to have that explained to them.

Unfortunately, there was never an adequate explanation of how the Trump/Ryan plan would do that or how and why it was better than Obamacare.

There’s plenty of time to hit the reset button and get things done right. It doesn’t have to be done immediately.

But there’s no question, politically or morally, that it’s got to be done. 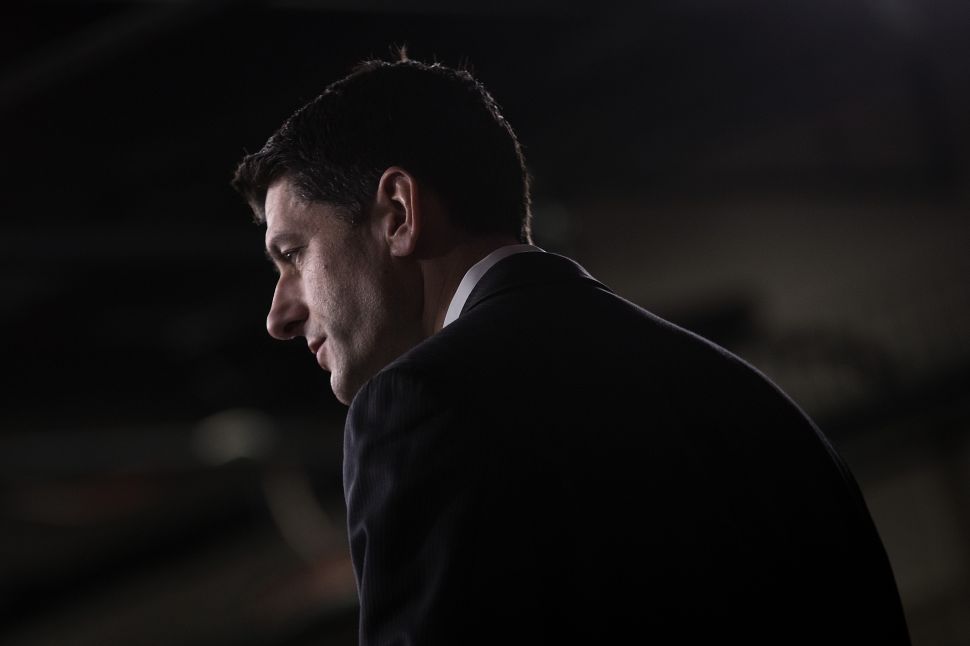