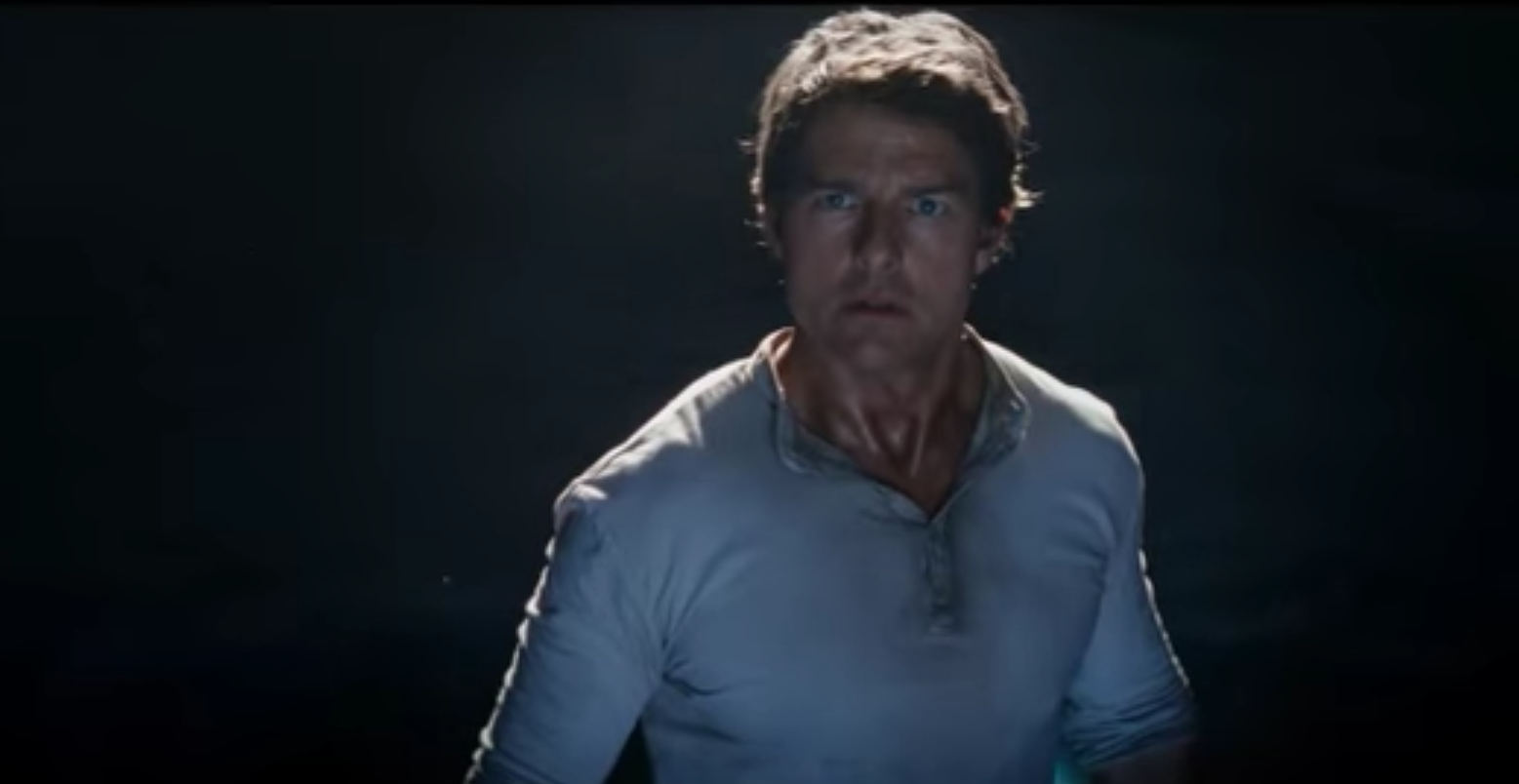 Tom Cruise has wrought destruction upon the Earth. YouTube/Universal

On June 9, 2017, the world will change forever. That’s because on that day audiences nationwide will watch in awe as Tom Cruise, a.k.a., Nick Morton, seemingly steals thousand-year-old cultural objects from Egypt, the most important of which is an undead mummy, and unleashes a hell storm of unimaginable dark forces upon the Earth while not screaming, not even a little bit. Note to art thieves: this is what happens when you go grave robbing. Shit. Gets. Real. Cruise has also taken up the Herculean task of replacing the lovable Brendan Fraser in this new reboot of The Mummy, an influential historically-themed action franchise that rocked the mid-aughts.

Tom Cruise’s The Mummy promises to appeal to history-lovers, action film buffs and Cruise fans alike. And so, because it is still some months until this film will be released On Demand, and who knows whether it will ever enter the coveted troves of Netflix, I’ve compiled a list of suggested viewing for everyone who has already pre-ordered tickets to The Mummy—as perhaps only I have at this point.

1) The Mummy (1999)
Starring the inimitable Brendan Fraser, this film is an important lesson to archaeologists everywhere: do your homework or you just may destroy the world. The mummy-turned-giant sandstorm scene is also iconic. How Cruise hopes to top the perfection that this film achieved given the advances of late 90s effects technology, and Fraser’s natural talents, perplexes me.

2) The Mummy Returns (2001)
The booming In-a-World voice in this film’s trailer begins by saying, “A force more powerful than any the world has ever known is about to be unleashed by the two people who should know better,” basically driving home my earlier point that there is no pay off when it comes to looting art. Dwayne “The Rock” Johnson is in this movie, which already makes it 1000 times more watchable than any film Tom Cruise has and will ever be in.

3) Man Down (2015)
Only three people have gone to see this Shia LaBeouf film in the U.K., earning it the #3 spot on this randomly arranged list—and, my colleague Vinnie Mancuso said it had to be #3. Someone else should really go see this movie, if only so that I can move it further down my list.

4) Gods of Egypt (2016)
Welcome to ancient Egypt, where its Gods and many citizens are surprise! mostly white. Way to go Hollywood. There are only two reasons to watch this movie, besides the fact that it is also Egypt-themed: Jaime Lannister plays Horus, and the special effects are gnarly.

5) Stargate (1994)
There is nothing bad I can say about this influential film. It starred Kurt Russell (action movie royalty) and James Spader (my brat pack boyfriend) and merely listening to its theme song gives me goosebumps. This film was such a big deal it inspired a long-running TV show, Stargate SG-1, which I’ve been known to binge on occasion. I have genuine fondness for Stargate.

6) King Arthur: Legend of the Sword (2017)
I know I’m early on this one—King Arthur doesn’t drop until May 12—but my God, just look at the trailer for this film. Guy Ritchie’s retelling of the King Arthur legend is packed with classic rock songs, my biker boyfriend Charlie Hunnam in a white T-shirt (not period accurate) and the Young Pope (a.k.a. Jude Law). If Ritchie manages to work in any of the songs from Disney’s 1963 animated classic—he’s signed up to remake Aladdin, so this doesn’t seem like a far stretch—this may just turn out to be better than The Mummy.

7) Interview With the Vampire: The Vampire Chronicles (1994)
There’s no better way to prepare for watching Tom Cruise battle an ancient mummy than to watch him play a blonde vampire. He may or may not scream somewhere in this movie, but if he does it’s probably out of joy because Lestat always lived the undead life to the fullest.

8) Alien vs. Predator (2004)
Um, so full disclosure: I actually went to go see this in theaters when it came out. I don’t remember much except that there was a pyramid underneath Antartica (awesome!) and I’m not really sure you could say either creature won this battle. Maybe Predator did? Er, maybe Alien? It doesn’t really matter. This was the Batman v. Superman of its day, if you replaced superheroes with aliens and all the humans are just as expendable.

9) The Entire Expendables Franchise (2010-2014)
Because these movies did NOT star Tom Cruise.

10) Sesame Street Episode 1706: Bert and Ernie Explore a Pyramid (1982)
Behold, the terrifying inspiration for the original Mummy franchise, and probably the plot for the Tom Cruise version as well. This was the single most disturbing Bert and Ernie skit I remember from my childhood, save one Bedtime bit that I’ve literally blocked from my memory. From what I can glean from the trailer, The Mummy seems riveting enough. But imagine if Tom Cruise were to stumble upon an ancient mummy who haunts him and only him with song and dance, and no one believed him?! Not even his romantic lead! Now THAT would be a summer blockbuster.