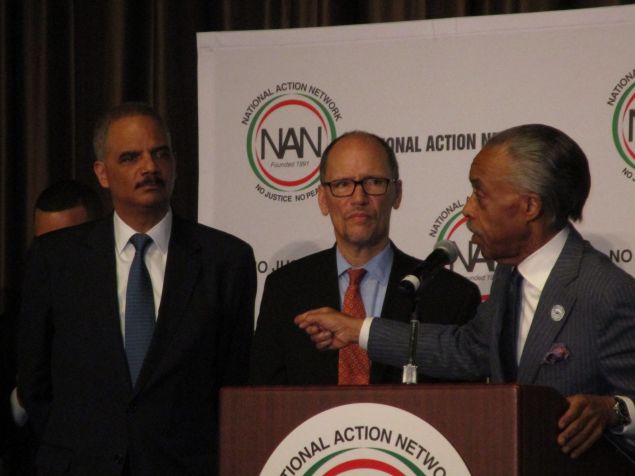 Democratic National Committee chairman Tom Perez aimed his speech at the Rev. Al Sharpton’s annual National Action Network Convention at what he called the “chaos and carnage” of President Donald Trump’s first three months in the White House—and vowed that Democrats would “take America back.”

The ex-Secretary of the U.S. Department of Labor began his address to the crowd at the Times Square Sheraton with a lament for the departure of his old boss, former President Barack Obama. He lauded in particular what he described as the retired chief executive’s “grace” during his “impactful” eight-year tenure.

“I don’t know about you, but I miss Barack Obama,” he said to applause from the largely African-American audience. “It was not just what he did, but how he did it.”

The party leader noted that Saturday will mark the 100th day of the new Republican administration, and inveighed against the “existential threats to our democracy” it poses. In particular, he derided Trump’s bevy of executive orders—including one that blocked an Obama-approved cut to federally insured mortgage premiums.

Perez, like many Democrats, asserted the decreased monthly payments would have both made home ownership more affordable and allowed more Americans to qualify for the Federal Housing Administration guaranteed loans.

“Barack Obama made it easier for first-time home buyers to buy a home,” he said. “What did Donald Trump do, literally two hours into his administration? He made hit harder.”

The Democratic chairman also mocked Trump’s “Buy American” fiat, which instituted federal purchasing preferences for steel “melted and poured” in the United States. This sort of populist policy, Perez argued, contrasts with the mogul’s family business practices of manufacturing much of their branded merchandise in Mexico and China.

He also hit the president over the GOP’s failed attempt to repeal Obama’s signature Affordable Care Act and replace it with the American Healthcare Act. Despite escalating premium costs, Perez asserted that the elimination of the original bill’s entitlements and mandates would have devastated communities impacted by heroin and painkiller addiction.

He also attacked Trump’s “shoddy budget” outline, with its proposals to slash domestic spending, and the president’s proposed cut to the corporate tax cut.

Perez praised those who had mobilized in protest against efforts to abrogate Obamacare. That passion and compassion, he asserted, would lead the Democrats out of the political desert and back into power.

“We need to continue to lead the resistance with all of you,” he said. “I have unlimited optimism that we will take America back, because our diversity, our inclusion, our commitment to diversity has always been what makes America great, and always will be.” 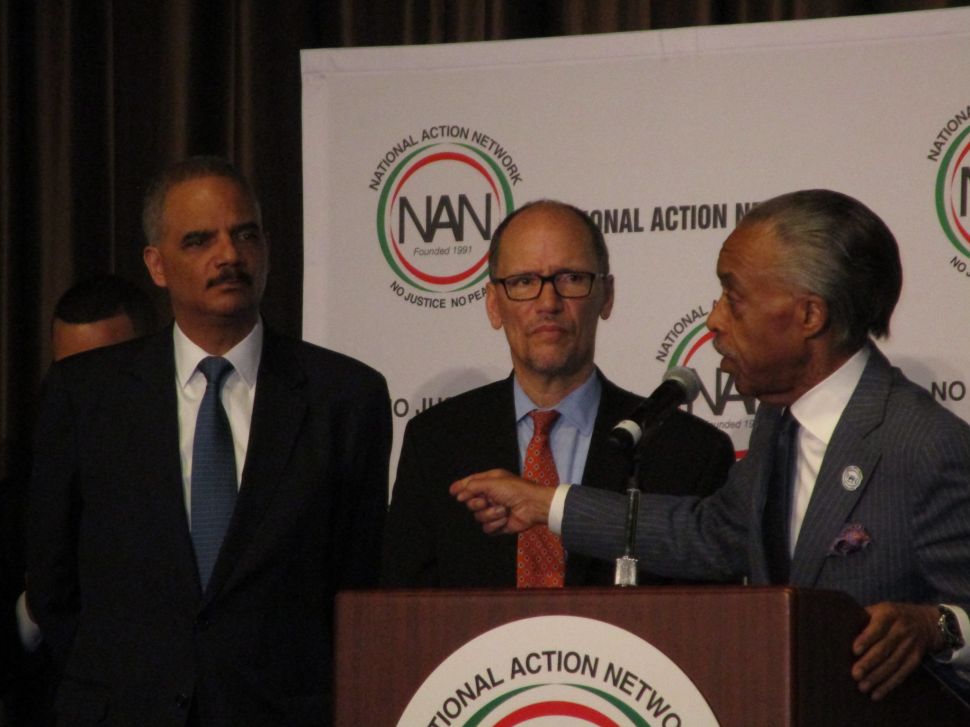