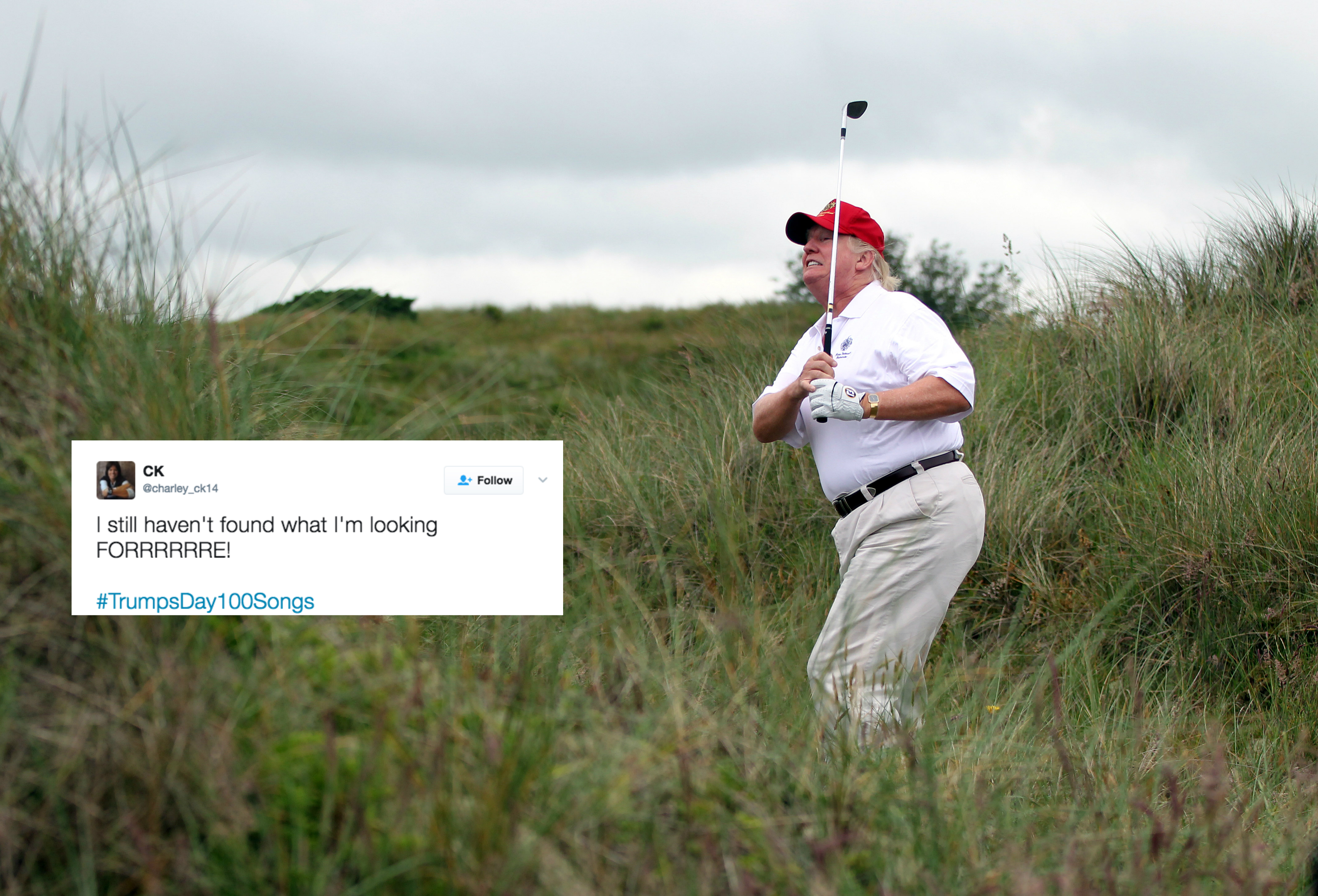 Saturday marks Donald Trump’s 100th day in office, and many pundits and social media users are already using this as a chance to reflect—but mostly mock—what he has and hasn’t done so far as POTUS.

On Twitter, the commentary has taken a musical form with #TrumpsDay100Songs. With the hashtag, users are tweeting song titles and lyrics that are fitting for Trump’s presidency thus far. In some cases, they’re changing up the words to take their point even further.

"I got 99 problems and I didn't solve one" #TrumpsDay100Songs

And to no surprise, many shared some thoughts on Trump’s hypocrisy when it comes to golf trips.

His brash tweeting and need to be liked worked with classic sing-along songs.

He's So Vain, He's Probably Thinks this Tweet is About HIM, #TrumpsDay100Songs

#trumpsday100songs "I Want You to Want Me"

It’s safe to say that Katy Perry was not expecting this cover of her famous song.

I Dropped a Bomb (And I Liked It) #TrumpsDay100Songs

Some involved some Photoshop too.

And some were just too easy.

If Loving You is Wrong, I Don’t Wanna Alt-Right #TrumpsDay100Songs 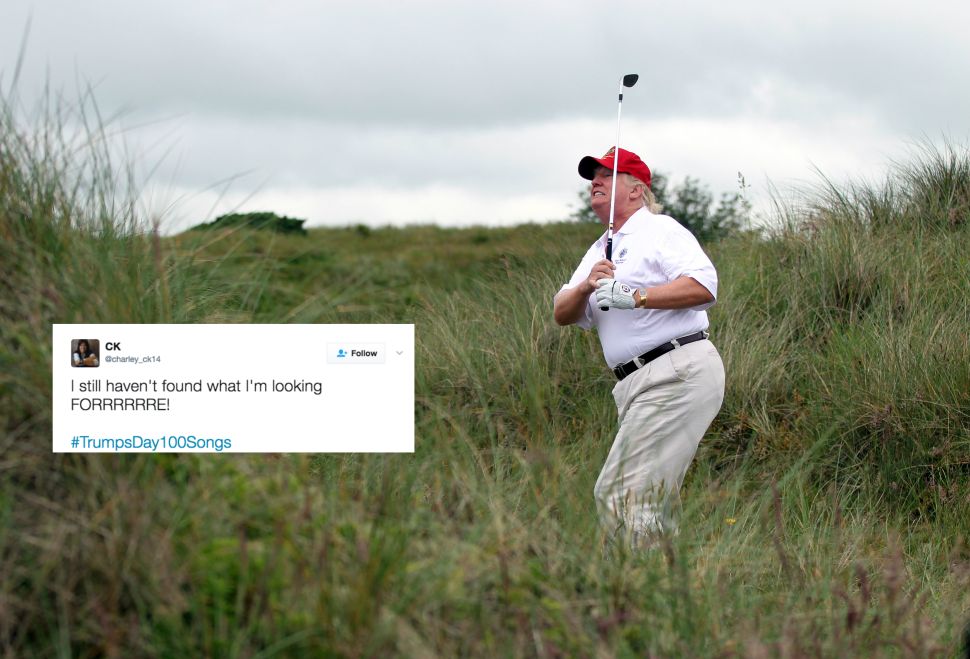