“It might have to happen in a hotel,” the Fox boss said. “Do you know what I’m saying?”

Yes, she did. She spoke of this moment on Reliable Sources on CNN Sunday morning in a conversation with host Brian Stelter. Camerota now works at CNN. Ailes left as Fox News emperor last summer in a sexual harassment scandal.

“I knew in my head at that moment that I’m never going to that hotel under any circumstances,” Camerota recalled of her conversation with Ailes. “ . . . And I remember vividly that I had sort of an out-of-body experience hovering over us in the office and thinking ‘Is this it? Is this the end of my time here? Will I be fired if I don’t do this?’”

The Mad Men culture of sexual coercion grew at the right-wing outlet in the 20 years that Ailes, O’Reilly and other brilliant but diabolical propagandists pushed racial and religious resentment along with reactionary rage to a frightened and dwindling white American middle class.

Along with help from Russian spies, Fox’s distorted but powerful world view provided the momentum for a takeover of the entire government of the United States last fall by radicals and grifters under the impulsive and vindictive leadership of amateur President Donald Trump.

Like O’Reilly and Ailes, Trump has denied all charges of sexual misconduct, even the stuff he’s bragged about. These three men of power have been allies, collaborators and friends for decades. Small world, huh?

Camerota said the harassment by Ailes was “humiliating . . . embarrassing, demeaning.” She said after she rejected his sexual proposition, Ailes switched to emotional harassment based on her unwillingness to “say the things he wanted us to say” during Fox’s biased and fear-mongering reports.

“I didn’t share his world view,” Camerota said. “And he said ‘You’re not saying the conservative things I want you to say.’” Seeking objectivity, she said she asked Ailes “Isn’t this supposed to be ‘Fair and Balanced,’” which is Fox’s ludicrous motto.

“There is no other side,” Ailes told her.

Camerota said she avoided being alone with Ailes in his office.

“He would boom and bellow at me about how I was getting it wrong,” she said.

It has been reported that a federal investigation of Fox is underway in Manhattan regarding the reporting of payments to female victims of Ailes and O’Reilly, because that hush money may have been reported falsely as compensation, a trick that could mislead investors.

Stelter devoted the first 39 minutes of his one-hour show to the news about Fox News. One highlight came early when Stelter showed a video clip of O’Reilly in 2004 explaining why big-shot stars like himself must be wary of chicks, dames and broads.

“I think that the sexual harassment thing is used as a club, as I said, by many women, all right?” O’Reilly said. “It’s something they have against men, a threat to keep men at bay.”

Around the middle of his one-hour show on Fox, host Howard Kurtz found about eight minutes for the O’Reilly story, much of it hyping Fox’s new prime-time schedule.

In that the pre-recorded shows of O’Reilly and Hannity in recent months have been canned, stale and predictable, Kurtz saw a silver lining for the folks who sign his paychecks.

“More live programming at night is a good thing in this breaking news environment,” Kurtz said.

His super-duper, extra-special guest was—Surprise!—Tucker Carlson himself, who addressed the ‘Murkin’ people.

THIS WEEK: Sessions sets you straight

Trump’s henchmen don’t always know the difference between “strong and strict” versus “cruel and mean.”

Trump has said the “Dreamers” can “rest easy,” although there have been detentions of some of these immigrants who arrived in the U.S. as undocumented children and grew up American.

STEHANOPOULOS: “So, can they rest easy?”

SESSIONS: “Well, we’ll see. I believe that everyone that enters the country unlawfully is subject to being deported. However, we don’t have the ability to round up everybody and there’s no plans to do this.”

Sessions also pushed for Trump’s delusional wall on the Mexican border which, Sessions says, will keep drugs and criminals Mexicans on the other side.

“You sound quite confident,” Stephanopoulos said. “Do you have any evidence that Mexico’s going to pay for it?”

(This was one of Trump’s campaign threats).

“Well,” Sessions said, “we’re gonna get it paid for one way or the other.”

Sessions last week ridiculed the state of Hawaii as “some island in the Pacific” where a federal judge there dared to rule against Trump’s religiously bigoted Muslim ban.

“Why not just call it the state of Hawaii?” the host asked.

“Heh-heh-heh,” Sessions said. “N-nobody has a sense of humor anymore.”

Another guest was radio talk-show goofball Bill Cunningham, from Cincinnati.

A third right-winger was Newt Gingrich, the former Speaker of the House, who said “Donald Trump is the most divisive president since Abraham Lincoln. He represents an alternative world . . . You have two parallel universes here.”

STATE OF THE UNION: Dana Bash subbed for host Jake Tapper on CNN and had a tough time keeping her panelists from talking over each other. One of the louder ones was Darrell Issa, the Republican Congressman from southern California, who offered only faint praise for The Great Leader.

“The people in my district who did vote for me have some doubts at times about certain aspects of the President’s behavior,” Issa said. “But I’ll tell ya something: They don’t have any question that he’s appointed good people.”

Another Republican House member to drop in was Mark Sanford of South Carolina, a member of the so-called “Freedom Caucus” (whatever that means). They blocked the attempt by Trump and Speaker Paul Ryan to destroy American health insurance.

Under the half-baked and failed Republican plan, about to be resurrected, the Republicans would take healthcare money away from poor and sick people and give it instead to healthy and wealthy people in the form of fat tax cuts.

Sanford didn’t appreciate Trump’s threat to back a primary candidate against him in 2018.

“Those kinds of threats are counter-productive,” he said. “I don’t work for him.”

In defense of Sanford, it must be noted that the Freedom Caucus opposed Trumpcare not because it attacked people’s health insurance but because it wouldn’t do enough damage.

FACE THE NATION: Who, exactly, are the “bad dudes?”

During the campaign, Trump often railed against “bad dudes” and “bad hombres” that he would send back to Mexico. So host John Dickerson on CBS asked Homeland Security Secretary John Kelly about the “Dreamers” caught up in the increasing amount of immigration busts.

“They don’t fit into the category of `bad dudes,’” Dickerson said. “But they’re still being deported, anyway.”

Kelly explained that sometimes the deportation cops find their “target”—an undocumented immigrant convicted of a crime—in the company of “five, six seven other people” who, Kelly said, “can’t produce some form of proof” of American citizenship but are otherwise without crime.

These are the kind of people Trump, Sessions and Kelly will deport if they come across them while persecuting someone else.

“People fall into our hands incidentally,” he said.

FOX NEWS SUNDAY: And who’s gonna pay for it?

Host Chris Wallace interviewed Mick Mulvaney, Trump’s director of the Office of Management and Budget. In that Trump has vaguely threatened to shut down the government or deny medical insurance subsidies to the poor if he doesn’t get at least a $1 billion down payment from Congress to start his wall on the Mexican border, Wallace asked Mulvaney “Will he sign a government-funding bill that does not include funding for the border wall?”

Mulvaney replied, in part, “We don’t know yet.”

WALLACE: “Can he back down on the border wall given the fact that you’ve set this up?”

MULVANEY: “Sure. Let me put it to you this way: I like you. I’ve met you a couple times. I’m not going to negotiate with you on national television on Sunday. We’ll negotiate with the Democrats.”

Another elected Republican not bowing to Trump is Sen. James Lankford of Oklahoma, who has called for Trump to release his tax returns, as he promised in the campaign.

“The president should be able to keep his word,” Lankford told Wallace. “This will be a distraction to his presidency all the way through . . . He said he was going to do it.”

Even Karl Rove himself questioned the tactics of Trump, who keeps belching out promises to do major things quickly, easily and just as he commands.

“This town doesn’t work that way,” Rove said of Washington. “You may be able to cut a real-estate deal that way, but you can’t govern the country that way.”

Agreeing was Charles Lane of The Washington Post who said “This is a guy who very often used the word ‘quickly.’ He presented himself as somebody who had these extraordinary capabilities to transcend . . . normal politics.”

MEET THE PRESS: None of your business

Host Chuck Todd on NBC welcomed Reince Priebus, Trump’s chief of staff, who said the public has no right to know the names of the members of Trump’s country clubs for millionaires in Florida and New Jersey.

Those members, Todd said, have access to Trump and his staff on Trump’s frequent and expensive golf trips. Camp David, where most presidents spend many weekends, is not up to Trump’s glitzy standards

Priebus said not to expect Trump to release names of fat cats who pay big bucks to schmooze with the Trump gang.

“No, I don’t think it’s any—I mean, this is the private business, it’s a private organization, it’s a private club,” Priebus said. Of Trump, Priebus added “He’s the boss.”

Reliable conservative Peggy Noonan of The Wall Street Journal expressed amazement at the chaos and random policies of the Trump administration.

“This sense of confusion,” she said. “Is the White House really talking to the Congress? Is there really a tax bill that’s being put together? I mean, a sense of ‘Wow! What’s going on here?’”

In reference the ousting of O’Reilly from Fox, Noonan said “I don’t know what was in the over there, but it wasn’t good, it was poisonous. And I’m glad they’re doing environmental cleanup.” 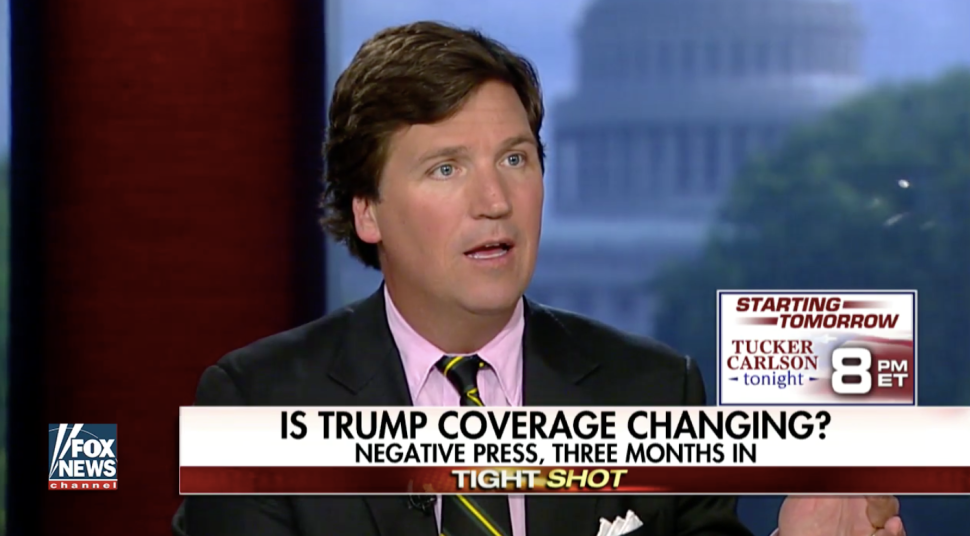