Something feels off. It has for a while now. People feel unsettled, uneasy and unsure of what’s next. We see it in our day to day lives, and we’ve seen it globally with Brexit, Donald Trump and the upcoming election in France.

Is it because people feel unsafe? The world is certainly a dangerous place. ISIS, North Korea, Syria, Boko Haram, Venezuela and plenty of other terrorist groups, dictators and strongmen prove that every day. But from Alexander the Great to Hannibal to Genghis Kahn to the Crusades to two world wars and an ever looming nuclear threat, the world has always been scary.

Is it the economy? Automation, machine learning, artificial intelligence and globalization all create uncertainty for people who had been solidly middle class for generations. But overall, far more people have far more wealth, opportunity and access to resources than any other time in history. Hunger, malaria and child mortality rates have been cut by half (according to the World Economic Forum, the World Health Organization and the United Nations, respectively). Forty years ago, 44 percent of the global population (according to the World Bank) lived at or below $1.90/ day. Now, it’s down to 12 percent. The world is healthier and wealthier than it’s ever been.

Is it culture? Trust in institutions like government, religion and the media have plummeted. We all know that. But those institutions were respected and trusted at a time when many people had fewer rights and less equality than they do now. Child labor globally, according to the UN, is far less prevalent. In the United States, same sex marriage is the law of the land, and equal pay for women continues to gain momentum. The fact that we’re fighting about transgender bathroom access is a clear sign of how far we’ve come.

Is it climate change? If the goals virtually every country signed onto in the Paris Agreement are not met, then yes, billions of lives will one day be upended by earthquakes, tsunamis, floods, landslides, hurricanes and more. But we’re not at that point yet.

The problem is that we have too much access to too much information. While Facebook, Twitter, Instagram, Snapchat, and a non-stop, 24-hour news cycle make us more informed, they also magnify every issue exponentially and brings them to everyone everywhere immediately. Why is that such a bad thing?

The immediate and global nature of social media causes decision-makers to spend too much time either seeking immediate praise or avoiding criticism. That only advantages people smart and patient enough to ignore the circus and play the long-game—people like Russian President Vladimir Putin and Chinese President Xi Jingping.

If the definition of insanity is doing the same thing over and over and expecting different results, then it’s clear we need a different approach to how we govern, how we make decisions, and how we evaluate the world. Even though the world, on the whole, offers people far more rights and resources than ever before, when every bad thing that happens anywhere is put in front of all of us every minute of the day, it’s hard to feel anything but insecure. When our leaders only react rather than set an agenda and follow through on it (including negotiating and compromising), things only get worse.

Platforms like Facebook and Twitter aren’t going away, nor should they. And bad people won’t stop doing bad things. The only way to fix the problem is at the top. Our leaders—if they truly want to lead—need to stop playing for re-tweets, sacrifice some coverage, and accept that they have to take short-term heat for long-term gain. Stop feeding the beast and start worrying about results. Your advisers won’t like it. The reporters who cover you will hate it. Your base will despise it. But you’ll feel good about accomplishing something real, and your legacy will more than make up for it. 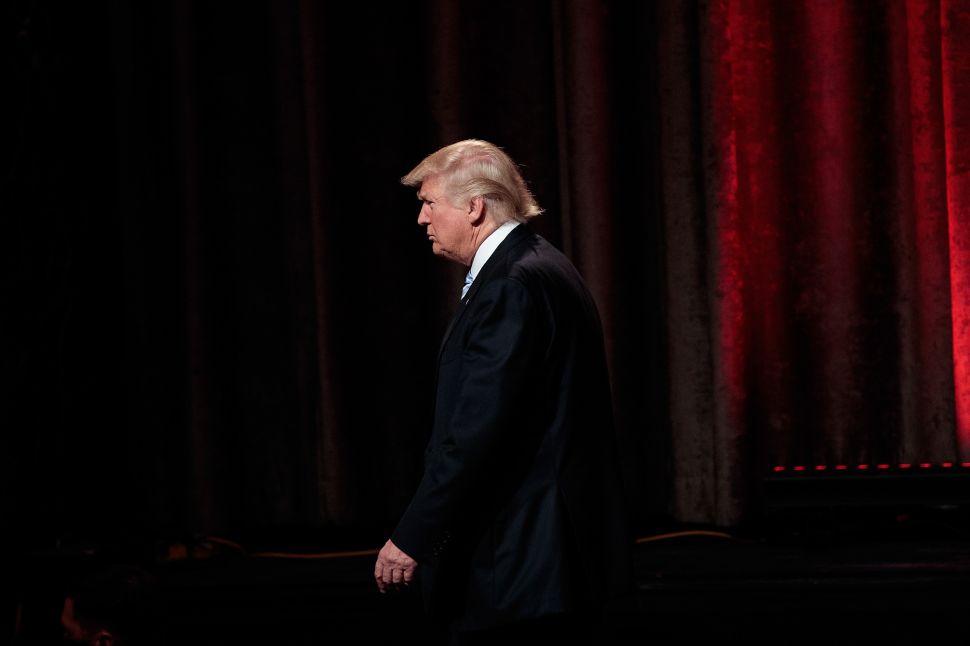