Well, the upside is that we all agree on something again. Liberal or conservative, MAGA or #NeverTrump, everybody thinks that what happened to that poor doctor on that United flight was horrible. To be dragged off like a dead body, taken to some TSA gulag in the basement of O’Hare airport. It’s disgusting, it’s disturbing, it’s unconscionable!

I don’t disagree—but I must bring up a point of division in this refreshing moment of unity-in-outrage. What the hell were all the people on that flight thinking to allow this to happen? Where was the consensus then, you know, when it might have done something?

There is a wonderful line from George Eliot: “People glorify all sorts of bravery except the bravery they might show on behalf of their nearest neighbors.” It would be interesting to look at the Facebook feeds of the passengers and flight crew in the few days leading up to the event. Assuming they were ordinary people from across this nation, not unlike the many folks that I call friends, I assume they were filled with posts urging politicians to stand up for this cause or that.

Read also:  People Are Coming Up With New Mottos for United Airlines—These 16 Are the Most Savage

Some would have posted calls for Republicans and Democrats to stand up to Trump, others calls for Trumpers to stand strong against the onslaught of political correctness and fake news. I bet more than a few of them shared the inspiring video of the man in Atlantic City who saw a crowd of boys fighting on a street corner and intervened with a passionate speech that ended it (or maybe they shared the video of him being honored by the city council for his efforts).

Yet in the moment, they didn’t stand up to block the aisle as the goons dragged the man off. They didn’t stand up to say, “You know what, I can catch the next flight to Louisville. I’ll volunteer.” These people, some of whom may have just months ago protested at that very airport in outrage about the Muslim travel ban watched a much more pointless and avoidable outrage occur in front of them—and thought only to capture it on their phones. And for the flight crew—from pilot down to the attendants—surely more than one of them heard about the Zimbardo experiments in school or the now debunked but clearly true (in theory) Kitty Genovese /bystander effect. Surely, the officers see themselves aa people who go to work every day thinking they’re the good guys, yet…

I don’t mean to make this about politics, but I spent a good chunk of 2016 very worried about a Donald Trump presidency. Since he’s taken office that worry has not abated—but my response to it has shifted. I’ve come to believe that we are way, way too obsessed with what is happening at the national and international level and we have utterly forgotten a basic piece of common sense wisdom: Doing the right things starts at home. Goodness starts with you.

What happened on that airplane is a great example of what happens when a society has spent so much of its moral energy talking about what things mean and predicting all manner of slippery slopes and forgotten that at some point those words have to be acted on. That it isn’t in theory that these things matter, but in real actual life—in an ordinary airplane when you’re rushing to get home and don’t want to be inconvenienced. Because of this they’ve also completely overstated and exaggerated what courage and bravery needs to be. You don’t need to be a Navy SEAL. You don’t need to be Wendy Davis, you don’t need the filibuster, period. You just need to be a human being.

While we shout on Facebook that General Mattis needs to confront Trump about some issue, or that the Senate was cowardly for confirming Sessions or not fighting Gorsuch harder, or that more Republicans should have crossed party lines during the election, we are often neglecting to practice courage in our own lives at the most banal levels. On the other side of the spectrum, the conservatives who rant about big government or tyranny or the danger of bureaucracy, seem to be conspicuously quiet when the petty manifestations of these problems rear their head in public. We all laughed at Pepsi’s tone deaf commercial as if that is a trait exclusive to beverage companies. But would we stand up to the scrutiny or the standards we project onto these other people? Are we as brave as we casually expect everyone else to be?

Undoubtedly, I will hear from people in the comments to this piece and on my social media feeds who will say, “what could someone like me have possibly done?” Well, let’s start with anything.*

Obviously, United Airlines failed colossally at several points in this process. About that I think few reasonable people would disagree. They should have upped the ante on their vouchers and hotel accommodations until enough people took them. They should have done whatever it took to get their crew members dead-heading to Louisville on another carrier’s airplanes if vouchers to paying customers weren’t working. But from what we know so far, none of that excuses the inaction of the passengers aboard that plane.

I say that with some irony in this critical column, and I also say it with some level of caution, not having been there myself and knowing how quickly misinformation can spread online. Even taking both those factors into account, I can say I’ve spent the majority of my own United flight to O’Hare, on which I am writing this column, questioning what I would do in that same situation. Would I give up this first class upgrade and this perfectly timed itinerary for a total stranger? How long would the situation have to go on for me to step up—would I just hope it solves itself like I do with this rude person next to me who keeps elbowing into my area? I don’t know. It’s always good to be prompted into realizing that.

I think about this on a larger level: How would I react if I saw a police car winding up the dirt road to my house to infringe on my second amendment rights (or plug in whatever issue is a hot button for you)? What would I do if I was drafted to fight in a war I didn’t agree with? How would I react if I was pressured to reveal one of my sources or censor one of my columns? Why didn’t I speak up when my neighbor made that remark? What if I saw someone desecrating Jewish headstones in a cemetery? What if I was on the subway and I heard someone say something awful to a woman wearing a hijab?

My point is the world doesn’t need another person talking on social media about what needs to be done. It needs more people doing it. Nothing major even. Just the little stuff: Being nice. Stepping in. Lending a hand. Drawing a line. Standing up.

There is a reminder from Marcus Aurelius: “Waste no more time arguing what a good man should be. Be one.” I have it framed on my wall for precisely this reason. If we were updating it today we might say: Waste no more time yelling at other people about what courage, resistance, bravery, decency looks like.

Just do it yourself—that’s enough.

You don’t need to go viral to make a difference.

*To be clear: The options range from linking arms with the person and blocking the aisle to simply offering to take the bump like someone should have done earlier 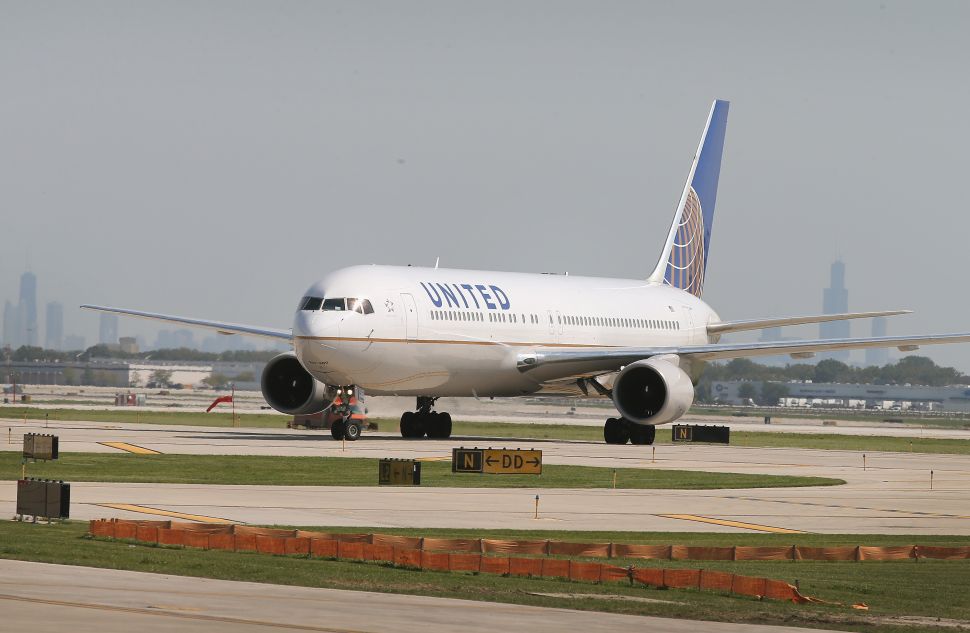