The heavily-accoladed airline based in Dubai just released a new commercial on social media that is straight up savage. The entire thing is aimed at Untied Airlines, which has been in the middle of a PR nightmare since a video showing police and United Airlines personnel physically dragging a man off an overbooked flight surfaced yesterday.

The video directly calls out United CEO Oscar Munoz with a March 2017 quote in which he says those [gulf] airlines such as Emirates “aren’t real airlines.”

Emirates responds that it’s not only real, but the best airline, listing its most recent awards of best airline in the world, best economy class and best first class.

Fly the friendly skies with a real airline. pic.twitter.com/wE5C5n6Lvn

But those aren’t all the punches thrown at United in this ad. In a direct dig at United, Emirates ends the video with a play on United’s famous “Fly the friendly skies” slogan.

And then it gets even worse on Twitter, which has a tendency of bringing out the true savagery in people, as evidenced by Wendy’s most recent shots at McDonald’s as well as the responses to the #NewUnitedAirlinesMottos tag that began trending today. As if the commercial itself isn’t bad enough, Emirates took the roast to the next level on Twitter with a caption in which it again calls itself “a real airline.”

United has not fired back in this Twitter war, and we highly, highly doubt it will. 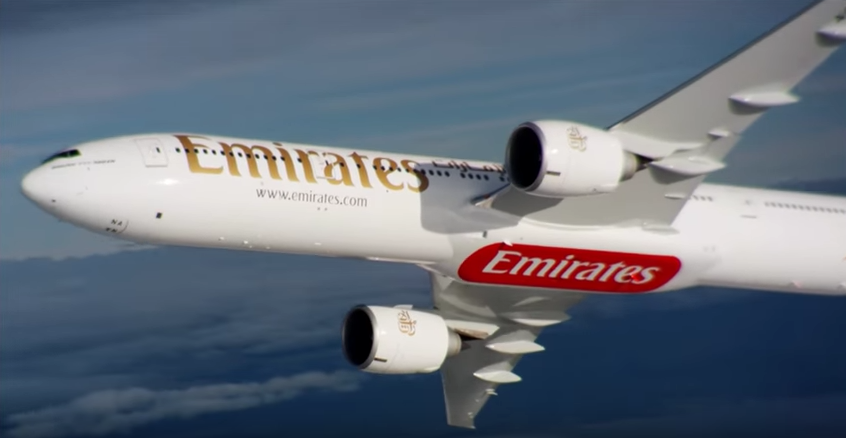