It seemed like all the internet was talking about this morning was the viral video of a man being dragged off a United Airlines flight from Chicago to Louisville last night because a United employee needed to take his seat. The man tried to explain that he was a doctor who needed to see patients in Louisville, but to no avail.

Both United Airlines and the airport security officers who treated the man with such force were widely condemned—”United” was one of the top trends on Twitter Monday morning.

Read also: People Are Coming Up With New Mottos for United Airlines—These 16 Are the Most Savage

But there was one social network where the United story couldn’t gain much traction, no matter how much users tried: Reddit. Moderators on the online discussion board have removed several front page posts that included the controversial video. The exact number of deleted posts is not clear because the video is constantly being uploaded, removed and re-uploaded (though ironically, one of the deleted posts was from the subreddit r/undelete).

Mods gave several reasons for deleting the clip, including that the video was “damaging to a corporation,” that it showed footage of “police brutality or harassment” (the so-called “Rule 4”) and that it could be construed as a “witch hunt” against United Airlines or the security personnel.

Not surprisingly, these excuses did not sit well with the site’s users, who erupted in a chorus of “Fuck you, mods” and accused the airline of paying off the social network.

“Deleting this over a supposed rule 4 violation is laughable considering how many police brutality videos you can find on this subreddit by simply searching ‘police’ and then sorting by top,” CloudCityPDX wrote in a cached r/videos thread.

“This is shameful,” chornu added.

Some users played devil’s advocate to defend the mods, asserting that United and Reddit were in the same awkward position.

“When a company gets big enough it’s pretty hard to give employees leeway while keeping order so these things doesn’t happen,” Miguelinileugim wrote. “And even those that do might simply not have caring enough employees as for them to do the right thing.”

Eventually the moderators of r/video posted an explanation confirming that the video of the man being forcibly removed from the plane violated both Rule 4 (police harassment) and Rule 9 (depictions of assault).

“Even if this is not a government police force, they are hired officers abusing their power and harassing another person,” the mods wrote. “Being forcibly ripped out of your seat and dragged across the floor against your will is an assault.”

A second video depicting the bloodied and confused man unsuccessfully attempting to reboard the plane can remain on Reddit, however.

For his part, United CEO Oscar Munoz called the altercation “an upsetting event” in a statement this morning. 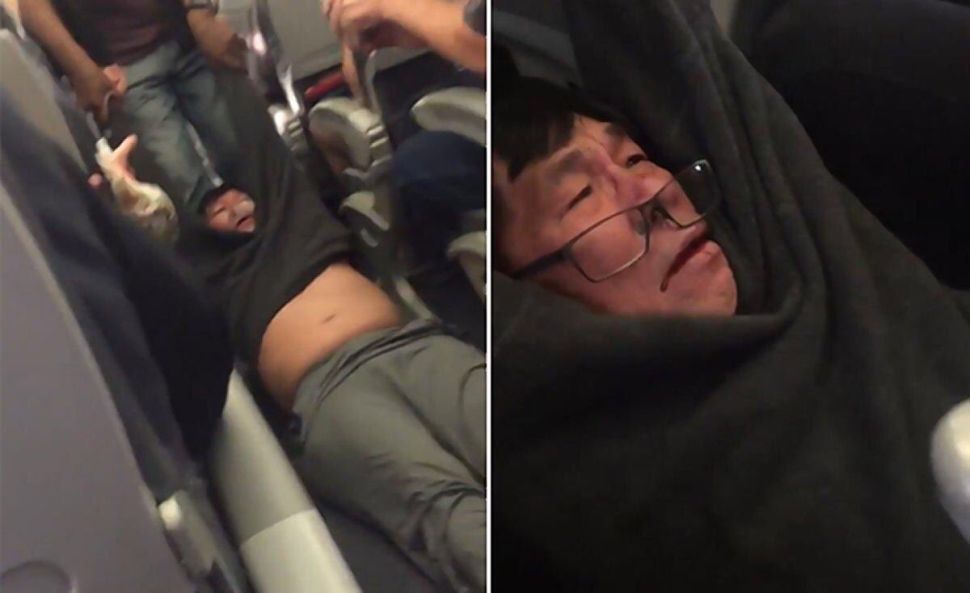