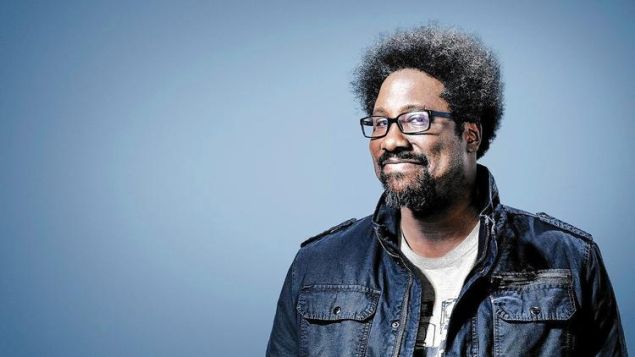 There’s a lot of laughter in W. Kamau Bell’s United Shades of America, which might strike some as odd given that Bell, an African-American man, spends his time on the series with the KKK and at white privilege conference.

“I’m a pretty easy laugher,” admits Bell. “I’m not using it as a technique to evoke something, but the more relaxed people are, the better the conversation.”

On the Emmy-nominated CNN documentary series, comedian and political critic Bell travels the country, exploring emotionally charged issues such as the difference between immigrants and refugees and the prevalence of violence in Chicago. He also visits Puerto Rico, the Appalachian Region and engages with Muslims in Michigan and protestors at Standing Rock in North Dakota.

Bell explains his penchant for laughing in light of these tough topics, saying, “You know, there are different kinds of laughter really. There are things that tickle your funny bone so you laugh and then there’s the ‘wow, you really said that’ laugh. Just because I’m laughing doesn’t mean I agree with you or what you’re saying. You can laugh at things that you’re stunned at.”

He does, however, believe that laugher serves a great purpose in his interviews, remarking, “Laughter lets people know that you’re totally present and not afraid. If I’m too tense and afraid to say anything, then I’m not doing it right. I use humor to cut through the rhetoric and get down to the brass tacks of what needs to be said.”

His goal isn’t solely to simply engage his interviewees, says Bell, it’s to have a conversation like they’ve never had before. “I aim to have a back and forth with people that’s completely different from anything they’re used to. If I can pull that off, then I really feel like I’ve done something worthwhile and I want people to see it.”

Going into the second season of the series, Bell and his team noticed that the current President was targeting a lot of groups during the 2016 election cycle. This became part of the foundation for newest set of episodes. “It was clear who really needed attention and needed to tell their story. So, in essence, I feel like President Trump gave us a homework assignment to cover those topics, whether he knows it or not.”

Bell laughs heartily as he adds, “I know he watches CNN so I’m sure he’ll tune in!”

Given Trump’s penchant for tweeting about news networks, Bell says, “I do mention that in the show, but I don’t actually want to get into a Twitter war with him. By the same token, I’m on a network that I know he watches so it would be silly for me not to comment about it.”

One of the things that Bell loves about being on CNN is the reach of the network. “It’s like a huge megaphone. Everyone flips past CNN. Then they see my face and they’re like, ‘wait, he’s hanging with the Klan, what’s going on here?’ Hopefully, that stops them and they watch all of that episode and more. I make the show based on things that I’m interested in and things I want to know about that I don’t know enough about and I think people respond to that.”

He likens his series to another famous show, saying, “I feel like it’s Sesame Street for grownups – ‘let’s all learn something and have a good time while we do it!’  We’re taking big issues and breaking them down into bite-sized chunks and making it all entertaining. And, because I’m a comedian, I can approach things a different way than a traditional journalist does. You can watch me do shots in Puerto Rico, try rock climbing in Appalachia, and stuff like that. You’re on the journey with me whether I’m being dumb or the butt of the joke or whatever.”

Even when he feels confident with what he’s done, Bell is still anxious about how the audience will react to the final result. “When an episode airs, I’m super nervous about how it’s going to land. Every episode that comes out I’m on Twitter and I’m super worried that someone’s going to go, ‘you totally screwed this up by not including this,’ or ‘you got the wrong version of this story.’ So I’m riddled with anxiety when these things air. So, sometimes people point out things that they think we screwed up and I just have to own that.”

He laughs as he adds, “I thought I’d get less riddled, like thinking ‘oh the Klan show worked, so I’m sure the prison show will.’ It doesn’t work like that. You can’t compare them. I’m from Chicago so if I get that one wrong, well, I just can’t go back there.”

Bell knows that he learned some things from the first season that helped inform his approach to this season, again laughing as he says, “Season one was like the mix tape. This season is like the whole album!”

He adds that he’s still a bit in shock that this is his job. “You know, not too many young comedians say, ‘well if things work out I’ll have a job on CNN! But, maybe I’ve changed that.”

While a spot on a 24-hour news network wasn’t the goal, Bell says that he wanted to do something that people hadn’t seen before and he thinks he’s accomplished that. “My thought is, if there’s no sense of physical, emotional or psychological jeopardy in doing this, then I’m probably not making the right show. It would be fun to make a show that’s just about beautiful places but that’s not what I’m about.”

In the end, Bell says that he believes people in this country need to remember one important thing, something that he hopes they’re reminded by his work. “I think people really seem to forget that we’re all humans. Even people we disagree with are human. If we sit down and talk with each other then we might get something that we didn’t expect from that meeting. Now we’re not going to end up best friends, but there is definitely something to be gained by having these conversations.” 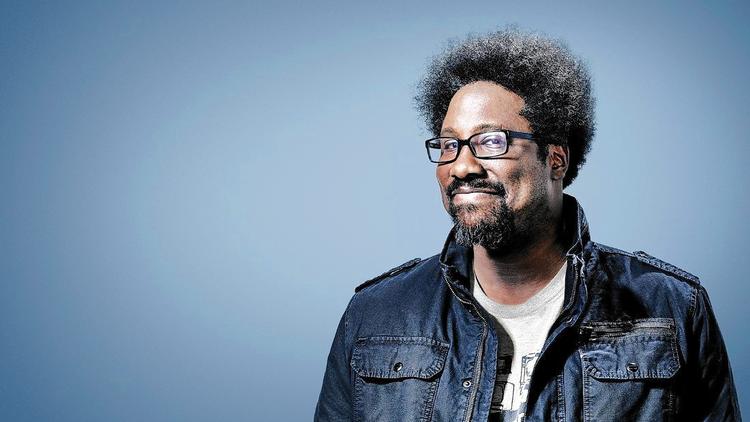