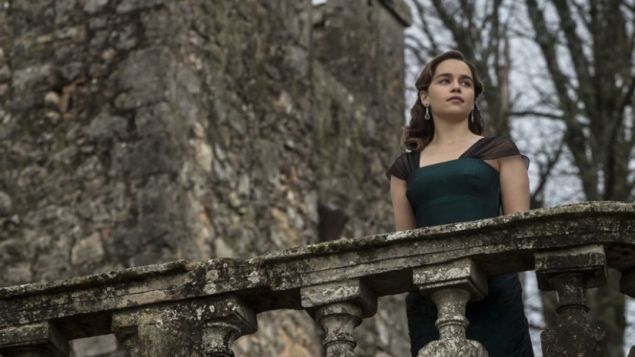 Emilia Clarke in Voice From the Stone. Zanuck Independent

Filmmakers love to tackle the subject of Gothic horror.  Eric D. Howell is not much of a filmmaker, but he bites the bait too, in Voice from the Stone, an Edgar Allen Poe ripoff that reminds all and sundry of too many old Technicolor crypt soirees from Hammer Films in the 1960s, but without the campy elements.

Set in the autumnal eeriness of a foggy, overcast Tuscany, it concerns a nanny named Verena (Emilia Clarke, Game of Thrones) who is as dour as the weather.  Verena is hired by the perpetually snarling lord of a remote manor house named Klaus (the usually crudely handsome New Zealand-born Marton Csokas, who memorably played the rugged inmate-lover of Natasha Richardson in Asylum).  Klaus is an artist who hasn’t been very inspired since his wife died a year earlier and left their nine-year-old son Jakob (Edward Dring) a mute.  The grief-stricken boy believes if he speaks, his dead mother will stop talking to him from inside the stone walls of the creepy house under which her tormented corpse lies in a subterranean tomb.  Verena doesn’t believe in ghosts or in reading screenplays ahead of time, but soon the voice speaks to her, too.  It’s something about the stones from a local quarry that are believed to contain mythical powers.  Absurdly, she is equally spooked after trying on the dead woman’s clothes, which the maid sadistically encourages her to wear.  On and on the ludicrous plot plunges, with neurotic Jakob growing loopier by the day, while his father uses the gullible Verena’s nude body to give his sculptures that certain je ne c’est quoi necessary to all haunted house pictures.  The Poe influence threatens from every familiar corner (buried alive, fainting spells, damsels from the House of Usher in constant distress) while the contrived, illogical narrative by Andrew Shaw drops dead in its tracks, stubbornly refusing to bring any of the Gothic elements to life.

Emilia Clarke lets terror mark her expressions like pencil lines on tablet paper as she changes costumes to suit her mood swings. But no sense of real character development is ever allowed to emerge in her or anyone else.  The child is in a trance and Mr. Csokas, who has demonstrated impressive acting chops elsewhere, seems badly in need of someone to snap a few fingers to wake him up.  The best thing here is the muted cinematography, which caresses the wet leaves and cloudy purple Tuscan skies like an old Italian master oil painting that comes to life. In the desultory Voice From the Stone, it’s the only thing that does. 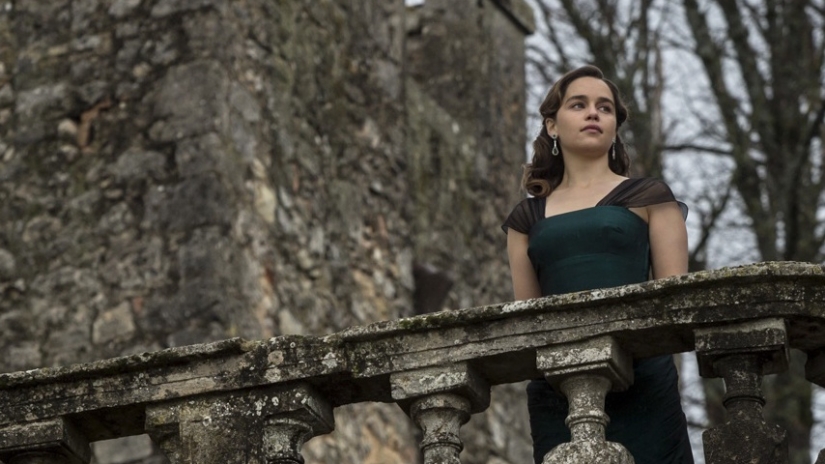