Seafood is very healthy to eat – all things considered. Fish and shellfish are an important source of protein, vitamins and minerals, and they are low in saturated fat. But seafood’s claim to fame is its omega-3 fatty acids, docosahexaenoic acid (DHA) and eicosapentaenoic acid (EPA), all of which are beneficial to health. The U.S. Dietary Guidelines for Americans strongly suggest that adults eat two servings of seafood, or a total of eight ounces, per week.

Omega-3s are today’s darling of the nutrition world, and many observational studies have indeed shown them to benefit a range of conditions such as high blood pressure, stroke, certain cancers, asthma, Type 2 diabetes and Alzheimer’s disease. However, there isn’t complete scientific agreement on the health benefits of omega-3s, especially when considering the lack of strong evidence from randomized clinical trials.

The strongest evidence exists for a cardiovascular health benefit, and from consuming seafood (not just fish oil), which is significant because heart disease is the leading cause of death in the U.S.

One of the things I research is Americans’ meat and protein consumption. Though many of us are concerned about getting enough protein, most Americans actually get more than enough protein in their diets. Rather, the problem is that most of us don’t include enough variety of protein sources in our diet. We eat a lot of poultry and red meat but not as much seafood, nuts, beans, peas, and seeds. For seafood in particular, consumption is estimated to be closer to 2.7 ounces of seafood per week per person, well below the recommended eight ounces.

So the solution might seem simple: Increase public health messaging along the lines of: “Seafood is healthy. Eat more of it.” But it’s a bit more complicated than that.

Here’s the catch: If you are dutifully eating your two servings a week, but it’s from tilapia, shrimp, scallops or catfish, you won’t actually be getting much of the health benefits from the omega-3 fatty acids.

That’s because seafood varies in its omega-3 fatty acids content, and many commonly consumed seafoods are not actually that high in omega-3s.

Let’s take a look at the omega-3s content of these top seafood choices. Salmon is a good choice here, even though the total of omega-3s varies considerably by type of salmon (the species and whether it is farmed or wild-caught). Regardless of the type, salmon is still one of the best omega-3 sources.

Canned tuna is an okay source, but it’s a bit of mixed bag (white tuna has more omega-3s than light tuna).

Meanwhile, the other top seafood products – shrimp, tilapia and Alaskan pollock – are all fairly low in omega-3s.

In short, we’re not eating a lot of fish to begin with, and much of the fish we do eat is not actually that high in omega-3 fatty acids.

A naturally occurring heavy metal in rock, mercury is released into the environment primarily through human processes, such as the burning of fossil fuels.

Mercury makes its way into our waterways and bioaccumulates in the marine food chain. Generally speaking, small fish and shellfish are low in mercury, while the most mercury accumulates in big, long-lived, predator fish, such as king mackerel, marlin, orange roughy, shark, swordfish, ahi (or yellowfin) tuna and bigeye tuna.

Humans, of course, are also part of that food chain. When we eat those big, long-lived predator fish, we ingest the mercury that’s accumulated in them.

Consuming mercury is definitely not a good thing. A little bit here and there is probably not going to harm the average adult, but with high exposure, mercury can damage key organs. Fetuses, infants and young children are vulnerable to mercury toxicity, as high exposure can cause serious, irreversible developmental and neurological damage.

To minimize mercury exposure in women and young children, the Environmental Protection Agency (EPA) and Federal Drug Administration (FDA) announced new mercury in seafood guidelines on Jan. 18, 2017. There are three categories – Best Choices, Good Choices and Choices to Avoid, and while most types of seafood clearly fall in just one category, some classifications are species-specific.

Tuna shows up in all three categories: canned light tuna is a Best Choice, canned white tuna is a Good Choice, but watch out for Bigeye tuna – it’s a Choice to Avoid.

For optimizing the health benefits, the best seafood choices are those high in omega-3s and low in mercury. ChooseMyPlate lists several seafood options that fit nicely in both categories, including salmon, trout, oysters, herring and sardines, and Atlantic and Pacific mackerel.

There is also the issue of sustainability.

Let’s again take the case of tuna. For certain species, the method of harvest and the location of harvest matter a great deal. Here’s an example from the Monterey Bay Aquarium’s Seafood Watch guide: If you purchase a can of light tuna that’s trawl-caught in the East Pacific – that’s a Best Choice.

By now you are probably asking if there are any win-win-win fish. Yes! Alaskan salmon is a popular one, but Alaskan salmon is sold at a premium price. Most of the salmon sold in the U.S. is farmed Atlantic salmon, which typically has a poor sustainability rating.

How can I make an informed decision?

Making informed choices about seafood isn’t easy, and it is complicated by seafood fraud. But there are some resources to help.

Eco-certification labels can help you make a decision without doing all the research yourself. Not all eco-labels are created equal, though, so a good place to scope out what to look for is the Seafood Watch website. There, you can find a list of eco-certification labels for specific seafood products that, at a minimum, meet yellow “Good Alternative” recommendations.

There are also a number of consumer seafood guides, and with a little upfront research, these can help you make purchasing decisions when you get to the grocery store or restaurant. Many guides use a traffic light system to clearly designate choices with a green, yellow or red light signs.

Additionally, the new Seafood Import Monitoring Program, a governmental program that goes into effect this year, will help to combat the problem of seafood fraud. But you should still always be vigilant for prices that seem too good to be true.

If your only concern is reducing mercury content, the EPA and FDA guide “Eating Fish: What Pregnant Women and Parents Should Know” should suffice. For sustainability concerns, the Monterey Bay Aquarium’s Seafood Watch guide allows you to search for options using a traffic light system, or you can look for information by the type of seafood. If you’re looking for a fish that meets all three criteria, the Environmental Working Group’s Consumer Guide to Seafood and the Environmental Defense Fund’s Seafood Selector both provide comprehensive information.

When making food choices, sometimes we’re fortunate and the health and sustainability goals line up. Eating less red and processed meat, for example, is a choice that’s good for your health and better for the environment. Unfortunately, with many seafood choices, these three important considerations – omega-3s, mercury and sustainability – sometimes, but don’t often, align as we might like them to.

Keri Szejda, is a Postdoctoral Research Associate in the Center for Research on Ingredient Safety at Arizona State University. This article was originally published on The Conversation. Read the original article. 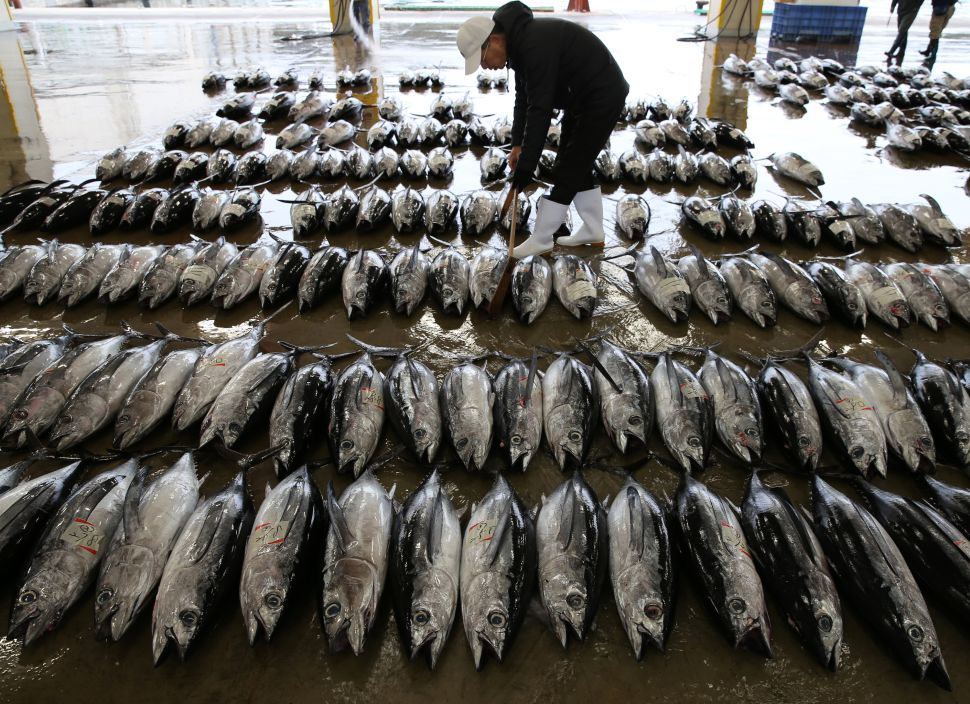