Brew your own Kombucha: PicoBrew, a craft beer brewing appliance, is venturing into the world of kombucha. They’ve already revealed their first three flavors, including lemon, lemon malt and ginger malt. They’re going with a “BYO SCOBY” model, so users must provide their own bacteria and yeast. Consider pairing it with your home-brewed bone broth (and pray that PicoBrew introduces kombrewcha next). via Kickstarter.

A wingman app is launching stateside: The UK matchmaker app Wingman doesn’t allow singles to make their own profiles. Instead, their friends register them and play matchmaker. There’s no rejection and no swiping, and your friend who’s always in a relationship can finally stop begging to swipe on your Tinder. Maybe it will even lead to a meet-cute. via Wingman

Practice yoga overlooking the LA basin: Join the Sunrise Yoga Series in Los Angeles this Earth Day for panoramic views of California from the highest point of the LA basin. If you’re already in town for Coachella, head there for DIY yoga pants, ambient beats and of course, kombucha. via OUE Skyspace LA. 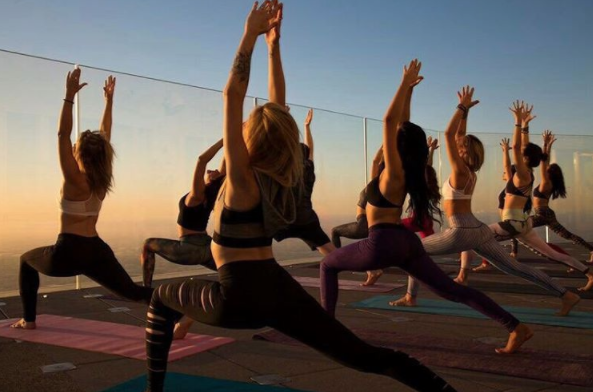