One of the major misconceptions about the irreverent, influential website 4chan is an error corporate media has perpetuated for years. Time and again, 4chan is portrayed as a cohesive hive mind with users collaborating across boards to troll their way to a mutually desired endgame for politics, culture and the world.

Nothing could be further from the truth. There are over 25 million monthly users on the 69 boards that reside on the 4chan website. And their opinions and world views vary as much as you would expect in any community of millions.

Sure, some hot, controversial topics make their way to the site—especially within specific boards. But when those opinions bleed over from one 4chan board to another, they have historically been met with hostility.

Take /pol/: Largely considered by the media to be a bastion of the alt-right, this perception is reflected in the opinions of /pol/ held by users on 4chan’s other boards. Outside of /pol/, 4chan’s boards tend to be more centrist or apolitical altogether. On 4chan’s “/tv/ – Television & Film” board, for example, a common refrain when someone posts a right-leaning political comment to a thread about a television show is “go back to /pol/”. But this dynamic seems to be changing.

Last week, Caitlin Flanagan wrote for The Atlantic about the hypocrisy of liberal late-night hosts simultaneously pleading for unity while hurling insults at conservatives, Trump, and his supporters. Flanagan posited that this unified vitriol from mainstream entertainers backfired, helping fuel the rise of Trump.

The effect Flanagan describes can be seen on 4chan’s apolitical boards, too. Where once there was somewhat consistent pushback against political comments appearing on boards other than /pol/, threads on the /tv/ board have undergone a remarkable change of late. After years of shunning posts about politics, 4chan’s /tv/ board has largely shifted to sharing /pol/ users’ general distaste for sanctimonious liberal opinion in what are supposed to be entertaining TV shows. No longer are right-wing political commenters told to scurry back to /pol/. Now, the /tv/ community, which is typically dismissive of political entertainment, is joining in the dissent against the leftist agenda even they can see emerging from mainstream entertainment.

The latest flashpoint for /tv/ users’ newfound distaste for liberal politicking in entertainment is the new Netflix series Bill Nye Saves the World. The show purports to bring “experts and famous guests to [Bill’s] lab for a talk show exploring scientific issues that touch our lives.” In reality, the show shuns any scientific approach to these topics, despite selling itself—and Bill Nye—as rigorously reason-based. Rather than providing evidence for the multitude of claims made on the show by Nye and his guests, the series relies on the kind of appeals to emotion one would expect in a gender studies class. Of course, this is all delivered with elitist condescension, while Nye never even attempts empirical justification of his or his guests’ assertions. (So why, exactly, is the show shot in a “lab”?) If you think I’m exaggerating, see for yourself.

The response on /tv/ was swift. The most historically apolitical 4channers are almost unanimously and vehemently opposed to the liberal agenda and lack of science on display in what is billed as a science talk show. Scores of 4chan users who have always avoided and discouraged political conversations have expressed horror at what they see as a significant uptick in the entertainment industry’s attempts to indoctrinate viewers with leftist ideology.

Since the show was released for streaming on Netflix, there have been over 30 threads about it on the board with hundreds of replies each. Yet despite 4chan’s broad mix of political opinion, only a handful of users have bothered to defend the show in such threads.

Rest assured, Netflix isn’t alone in this. Bill Nye Saves the World will soon be joined by Problematic with Moshe Kasher and President Show on Comedy Central, all of them doubling down on leftist sanctimony under the guise of entertainment. As their humorless output marches on, these performers will continue to act, unknowingly, as recruiters for the right. And there is zero chance that anyone posting political commentary on /tv/ will be instructed to “go back to /pol/” ever again.

Jay Irwin is a 4chan moderator and ad-tech professional. The views expressed in this piece are the author’s alone and not those of 4chan LLC. 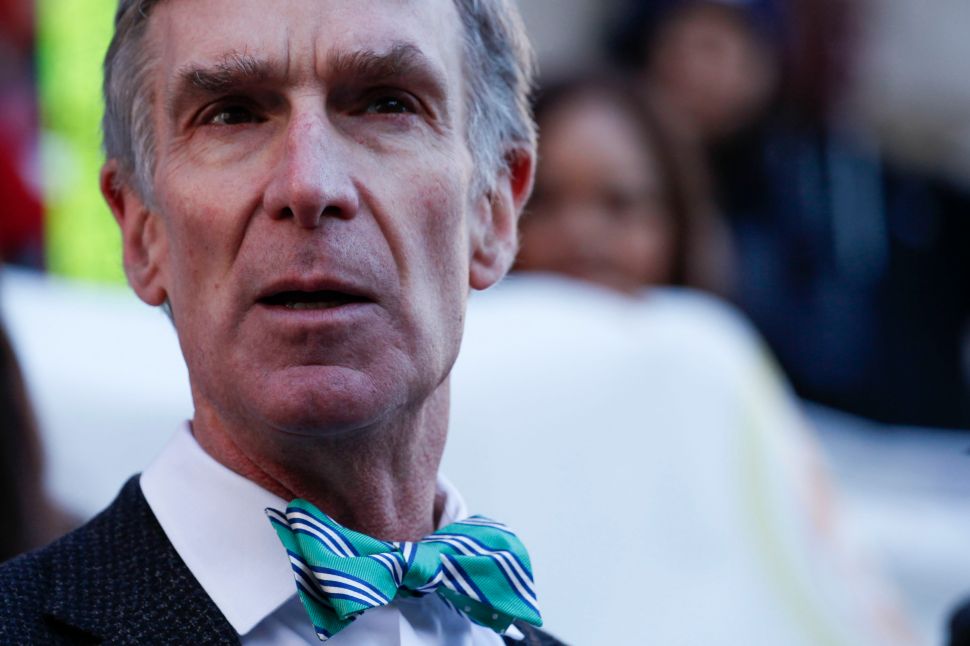