Over the past decade, vlogging has become a wildly popular way for people to reach out to one another, generate content, and create cults of personality and trends on the Internet. The latest incarnation of this trend has capitalized off of one of its forefathers, in the form of BuzzFeed staffers who leave BuzzFeed and vlog about their reasons for leaving the incredibly popular source of easily-digestible news and pop-culture updates.

BuzzFeed has done a terrific job of playing to millennials with listicles, quick-hit recipes and cat videos. Millennials are often criticized for their diminutive attention spans, but this demographic is able to sit through several minutes of video of seemingly random people talking to their webcams—and make it through to the end. To ignore this reality is very much to the peril of brands and corporations going forward. The future of advertising, of course, lies in the next generation. Take the fact that “social media brand influencers” is now a legitimate way to earn a living—that tells us a lot about where marketing and brand influencing is headed.

But the latest hit-generating sensation, “Why I Left Buzzfeed,” sets a miserable precedent for young people who otherwise lack the guidance to create a sustainable model in developing their “professional brand.” To make it easy for the TL:DR crowd, this is a trend that capitalizes on the schadenfreude that media outlets experience when competing with one another for notoriety and attention. It also, ultimately, is void of professional sustainability. When potential bosses pause to consider the fact that if somebody is willing to talk about others to you, they will probably be willing to talk about you to others.

It’s also worth noting the irony in complaining about getting a full-time salary to make cat videos or body image listicles after leaving an outlet that regularly posts columns about their unemployed or underemployed peers.

Beyond this, negativity simply does not play well with the masses—be they young, millennial, or old—for a number of reasons. People who commit the time to watching videos online (mostly through YouTube) gravitate to a certain type of content that is mostly positive, humorous, or useful. For example, my boyfriend’s 12-year-old daughter Alessandra, a tremendously smart young woman and Internet aficionado, said that she and her friends like to watch videos that are “funny and entertaining, or tutorials [that] can show you how to make something cool.” One of her favorite YouTube genres is “[watching] people who prank other people”—not dissimilar to a television genre made famous by Ashton Kutcher over a decade ago. She dismissed the “why did you leave this job”-type questions addressed in the aforementioned post-BuzzFeed videos as “usually asked to famous people.” In other words, “if somebody didn’t already have a profile, why was their opinion important in the first place?” At 12, Alessandra has a clear perspective about the value in what she spends her time on. I mean, what a girl, am I right? (end/humblebrag)

My highly scientific poll of “People Who Get More About the Internet and Social Media Than I” also reached my 22-year-old sister Jamie, whose expertise on these issues rivals Alessandra’s. When pressed on the “Why I Left BuzzFeed” issue, without providing source material, Jamie—who, in many ways is diametrically opposed to all of the buttoned-up stuffiness that I embody—immediately replied that she is “155 percent against that nonsense.” Without the interjection of my overbearing oldest sister opinion, she continued that “that’s just looking for revenge and hoping that sounding…condescending…will make you go viral…YouTubers and Vloggers are nothing like that. Yes, they’ll give an honest opinions…but none of them ever purposely bash [somebody]…just so they can get more views and go viral.” These two women of different, but similar, generations not too far from my own, reinforced how important it is to speak in a way that is forthright and honest—but without being opportunistic.

In trying to establish a “Romy and Michele’s High School Reunion” incarnation of BuzzFeed alumni to promote their personal brands, the folks behind these videos may well work against their own best interests by seeking to capitalize on the notoriety that earned them a following in the first place. The tone-deafness and entitlement they display in direct-to-webcam videos featuring their pet cat’s butts seem unlikely to win them support among the unemployed and underemployed folks whose day-to-day struggles they once chronicled. Ultimately, the culmination of this power struggle so far seems to be a lot of millennials who got lucky becoming the very thing that they most likely hate: ratings-driven attention-whores looking for the next big thing to make themselves famous. 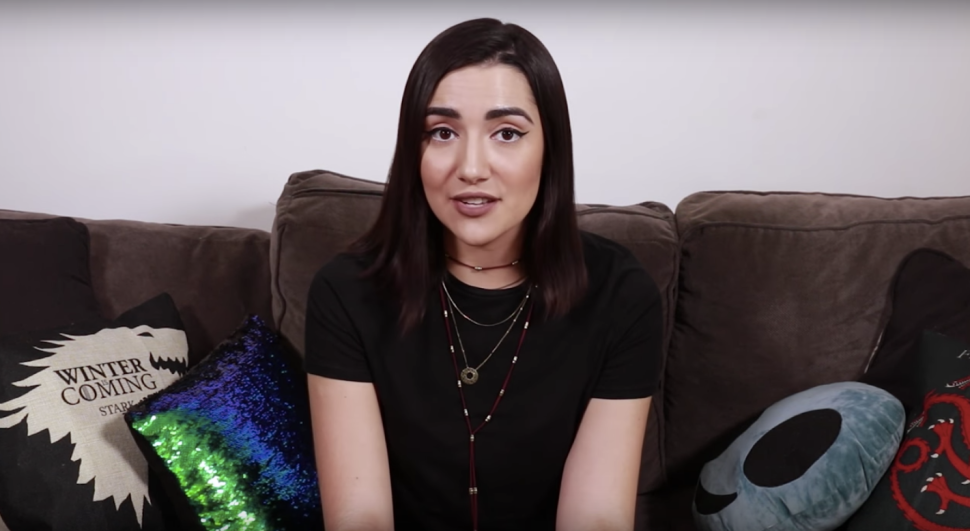