I am not the least bit interested in Record Store Day.

A record is an object, cold, lifeless, and flat. I have no interest in memorializing or fetishizing an object.

I’m interested in how the music on those records framed and shaped my life and my heart, the way music sparks my imagination and my reality, the way the noise on those records was the soundtrack for my dullest days, my day dreams, my darkest moments, my extraordinary hours.

Long, horizontal buildings, dull, simple and square-edged, red brick and aqua blue; hallways painted sunless yellow, children’s aspirin yellow; endless aisles of narrow lockers, all a dull godless color somewhere between olive and ultramarine; the tall doors of beige, puppy-colored wood that led to the high, herring-white ceilings of the auditorium; the wall of glass, a man and a half high, never dirty but never clean, in front of the auditorium; half-flights of gray stairs, speckled with dull pink, leading from one arcade of classrooms to the next.

But this tells you nothing about school, not yours, not mine, because it doesn’t tell you this:

The beautiful, electric loneliness when a rehearsal kept you in school late on a winter night, and the halls were full of sepia shadows and endless echoes. Staring out the window during math class on the first warm spring day, watching girls in peasant blouses and boys in painter paints pass cigarettes between each other.

Turning your eyes up to the dropped ceiling, counting the holes, then re-counting them, then multiplying the number of holes in each ceiling tile by the number of ceiling tiles in the whole room, then doing it all again. Scotch-taping the one picture that would say everything about you to the inside of your locker.

Answering questions in Social Studies class with Monty Python references. Watching the clock creep towards 3 p.m., knowing another autumn afternoon near the stereo or scrambling down Middle Neck Road for pizza awaited you. Being in 10th grade and watching a tight clutch of impossibly mature 12th graders gabbing about A Chorus Line or Rocky Horror or David Bowie.

Sitting in the lunch room and hysterically grabbing at words as you and your friends boasted about what you knew about George McGovern, or George Harrison, or Ché. Being lifted and shattered by that first, utterly impossible, life-defining crush.

That was high school.

Records are records. They are not our life with music.

I have left boxes of records in every time zone of the United States.

I have lost any attachment for the actual objects, and that is a good thing. The objects, the discs flexible or brittle, glassine or pebbled, pristine or unplayable, were just cold and dead and took up space and reminded me of times when I was proud of these dull possessions; even worse, the objects were totems for nostalgia, that Polaroid-colored weight that takes us out of the present and makes us remember certain things as being far better than they were and other things as being far worse than they were.

I remember, without attachment, with respect but without grief, The R.E.M. Hib-Tone 45 that I mostly destroyed with an errant curry splatter on the day I purchased it; the Undertones’ 45 on the Good Vibrations label that vanished somewhere in the Central Time Zone; the Beatles’ Vee Jay LP destroyed in a basement flood at a parents’ house sometime during Ronald Reagan’s first term; impossibly early Sonic Youth test pressings given away, joyfully, in the pink and violet light of a Hollywood Hills sunset to someone who would actually give the damn that I didn’t; a Clash album, signed at a soundcheck in 1979, borrowed by who knows who for who knows what reason and maybe returned or maybe not but in any event lost forever.

My mourning for these objects can not be measured in half a coffee spoon. I can access the music in less time than it took me to type this sentence. I love the music, I am utterly indifferent to the objects; they even make me angry.

I am interested in the people I bought those records with, the days I spent striding with youth’s impossible energy through Manhattan’s streets, low, golden and crowded, wet with morning rain or baked and bright with afternoon’s heat, to find and define ourselves in record stores.

I am interested in the people who became my brothers and sisters via records. Evan Davies, Bob Giordano, Ken Temkin, Jack Rabid, Dorian and Tanya, we invented each other, dragging ourselves through the Village Streets at dusk looking for “Dot Dash” and The Dave Clark Five’s Greatest Hits, angelheaded NYU students burning for the ancient heavenly connection to the Big Starry dynamo.

Three or four times a week, we climbed the steps to the perfect clubhouse of Sounds, dirty fingertips scanning racks for a Magazine EP we may have missed or chasing the rumor of some miraculous old prog record.

Twice a month, our well-worn Keds and impossibly uncomfortable Trash and Vaudeville-bought Beatle boots tramped down Broadway all the way to J&R Music World in the shadow of the Towers, where sealed copies of Paul Revere & the Raiders Midnight Ride could be found for $3.99; and each and every step, we talked of Chinese food and that week’s gigs and films to be seen and a life that stretched in front of us, as long as the whole line of the A train.

I am interested in the first moment I ever heard someone playing a record on college radio: It was Naomi Regelson on WNYU playing “To Sir With Love,” and at that moment the future bloomed like a magnolia, it’s sick, sweet, hallucinatory sensation defining my life and dreams, because college radio invented us, Generation B-Side.

And Sal LoCurto and Mike Dugan, we had the best fraternity at NYU and it was called College Radio, we saw our future not in the crystal balls of classrooms or the groaning pile of words in graduate school applications but in the fistful of 45’s we held under the low ceiling of 99 Records.

Even before that, before I saw the future in the grooves of Spiral Scratch or in the blue sleeve of “Pretty Vacant”: Matthew Goodman, you of the impossible scant beard, or owl-eyed Andrew Cutrolfello, or gentle Eric Sheidlower I am with you on the Long Island Railroad, long, thick and greasy silver, as it took us into the city every weekend, where we scanned Second Coming and House of Oldies for Ochs and Seeger and Paxton and Ray and Dave and hoped we would stumble across John Lennon.

We were children who wanted to become wise Villagers, sipping strong coffee and talking revolution between slanted buildings, and the music, not the records, was the soundtrack as we invented each other.

Reducing records to relics and icons strips them of the most important aspect of their existence: the heart and hopes of the listener; the friends we grew up with as we searched for those records; the revelations that occurred as we listened to those records; the way the music invented us, both instantly and over time; even the way music invented our ability to be in love with our most lonely selves.

The record, the cold, impermanent object, is absolutely nothing without us. The listener completes the circuit.

Inside each of us is a vast planetarium of imagination and hope and disappointment and fear, of friendships won and lost, of years ahead, glowing, and years behind us, smashed to the ash of memory. We complete the circuit. Like every object we have ever touched, every wall we have lived within, every building we have ever walked into and every street we have ever walked down, the flat, dead object is meaningless without our experience to make it come alive with love and fear and boredom and resignation and joy and anticipation and every single electric emotion in our cells.

The ideal record store day wouldn’t involve any records at all. It would be a time for us to tell a story or two or eight or 18 about how the music on those records shaped us and changed us, or to remember the friends or lovers or brothers or sisters who told us about those records or who went record shopping with us.

That’s the only Record Store Day I’m interested in. 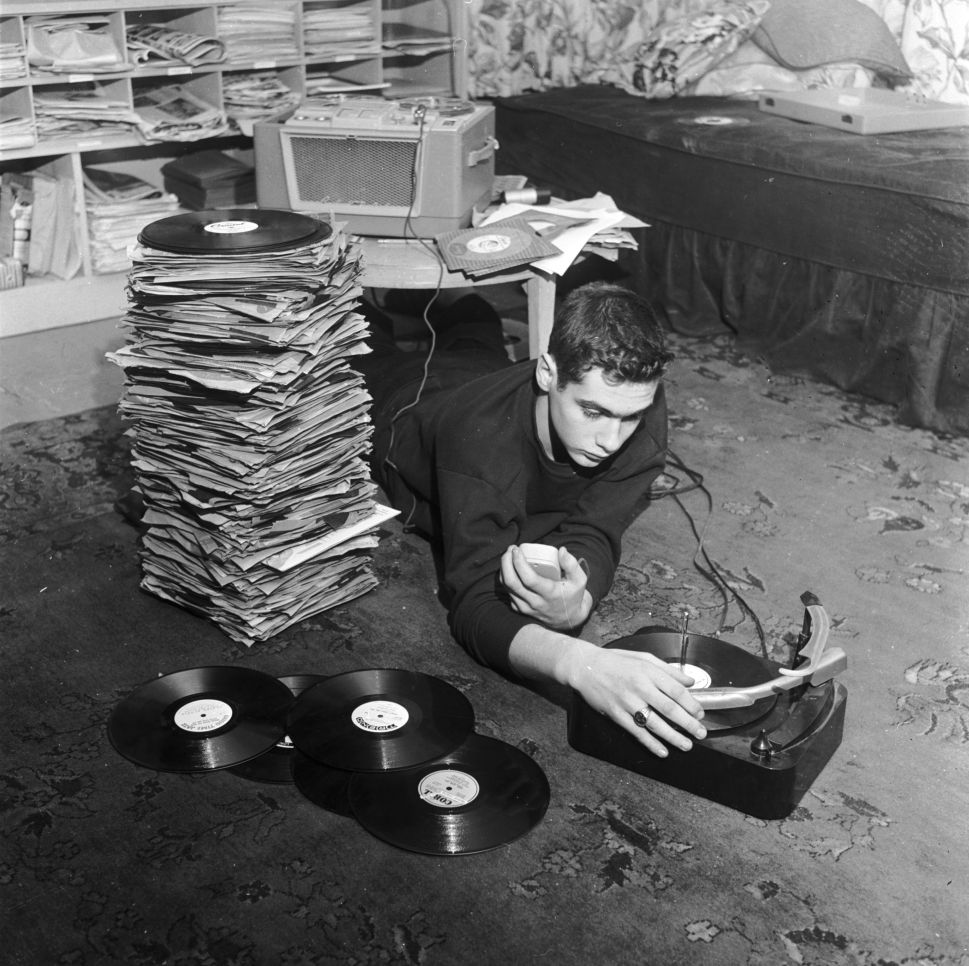