When it comes to reporting the number of sex partners or how often they have sexual intercourse, men and women both lie. While men tend to overreport it, women have a tendency to underreport it. Although the story is not that simple and clear-cut, I have discovered some interesting reasons why this is the case – and why it matters to doing research on sexual health.

Lying is an inherent aspect of reporting sexual behaviors. For instance, more females report being a virgin (i.e., had not had sexual intercourse) despite having had genital contact with a partner, compared to males.

I have studied sexual avoidance and also frequency of sex in patient populations. In this regard I have always been interested in gender differences in what they do and what they report. This is in line with my other research on gender and sex differences.

The low validity and usefulness of self-reported sexual behavior data is very bad news for public health officials. Sexual behavior data should be both accurate and reliable, as they are paramount for effective reproductive health interventions to prevent HIV and STD. When men and women misreport their sexual behaviors, it undermines program designers’ and health care providers’ ability to plan appropriately.

Pregnant virgins, and STDs among the abstinent

A very clear example is the proportion of self-reported virginal status among pregnant women. In a study of multi-ethnic National Longitudinal Study of Adolescent Health, also known as Add Health, a nationally representative study of American youth, 45 women of 7,870 women reported at least one virgin pregnancy.

Another example is the incidence of sexually transmitted diseases (STDs) which are not expected among young adults reporting sexual abstinence. Yet more than 10 percent of young adults who had a confirmed positive STD reported abstaining from any sexual intercourse in the last year before STD testing.

If we ask youth who have had sexual experience, only 22 percent of them report the same date of first sex the second time we ask about it. On average, people revise their (reported) age at first sex to older ages the second time. Boys have higher inconsistency reporting their first sex compared to females. Males are more likely than females to give inconsistent sexual information globally.

Why don’t people tell the truth about sex?

Why do people lie about their sexual behavior? There are many reasons. One is that people underreport stigmatized activities, such as having multiple sexual partners among women. They overreport the normative ones, such as higher frequency of sex for men. In both cases, people think their actual behavior would be considered socially unacceptable. This is also called social desirability or social approval bias.

Although most studies suggest these differences are due to the systematic tendency of men and women to exaggerate and hide their number of partners, there are studies that suggest much of this difference is driven by a handful of men and women who grossly inflate and underreport their sexual encounters.

We do not expect disagreement when we ask the same question from husbands and wives in the same couples. But, interestingly, there is a systematic disagreement. More interestingly, in most cases when spouses disagree, husbands are more likely to say “yes” and wives “no.” The findings are interpreted in terms of gendered strategies in the interview process.

Not all of the gender differences in reported sexual behaviors are due to men’s and women’s selective under- and over- reporting of sexual acts. And, some of the sexual behaviors do vary by gender. For instance, men have more sex than women, and men less commonly use condoms. Men have more casual partners, regardless of the validity of their report.

Studies have found that on average, women report fewer nonmarital sexual partners than men, as well as more stable longer relationships. This is in line with the idea that in general men “swagger” (i.e., exaggerate their sexual activity), while women are “secretive” (i.e., underreport sex).

According to the sexual double standard, the same sexual behavior is judged differently depending on the gender of the (sexual) actor (Milhausen and Herold 2001). Interestingly, men are more likely to endorse a double standard than women.

In the presence of sexual double standards, males are praised for their sexual contacts, whereas females are derogated and stigmatized for the same behaviors, “He’s a Stud, She’s a Slut.”

As humans, self-serving bias is a part of how we think and how we act. A common type of cognitive bias, self-serving bias can be defined as an individual’s tendency to attribute positive events and attributes to their own actions but negative events and attributes to others and external factors. We report on sexual behaviors which are normative and accepted to protect ourselves, and avoid stress and conflict. That will reduce our distinction from our surroundings, and will help us feel safe.

As a result, in our society, men are rewarded for having a high number of sexual partners, whereas women are penalized for the same behavior.

The only long-term solution is the ongoing decline in “double standard” about sexual morality. Until then, researchers should continue questioning the accuracy of their data. Computerized interviews may be only a partial solution. Increasing privacy and confidentiality is another partial solution.

Shervin Assari is a Research Investigator of Psychiatry and Public Health at the University of Michigan. This article was originally published on The Conversation. Read the original article. 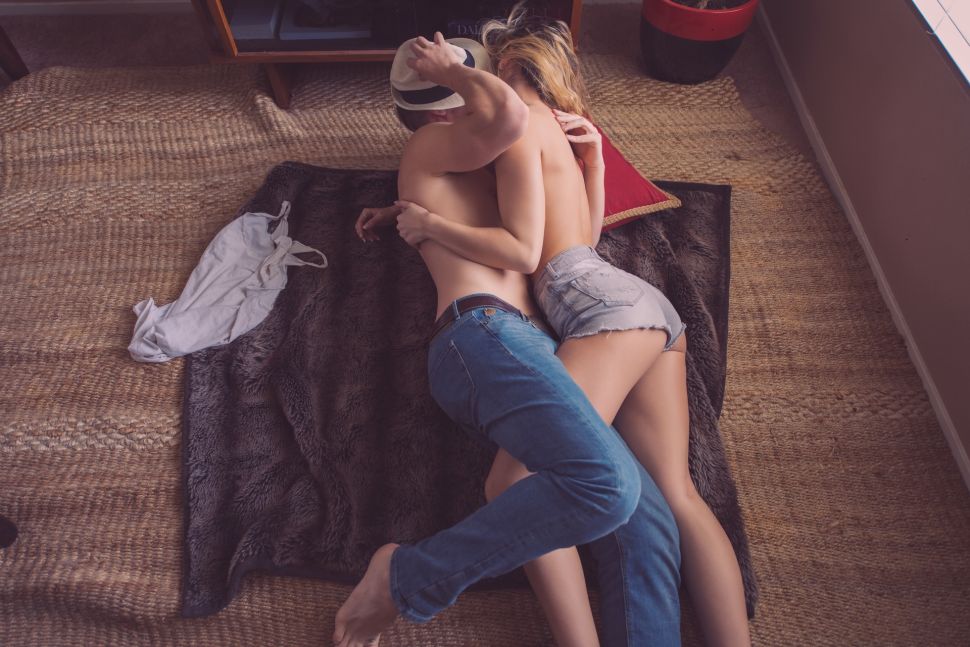