The bipartisan bro hug between Sen. Cory Booker and Gov. Chris Christie on Wednesday felt like a return to their pre-Bridgegate days of pushing education reform and spoofing Seinfeld together. After weeks of train derailments and commuter delays, the two pols shared the spotlight at Newark Penn Station and urged President Trump’s administration to commit funds to the Gateway project. When reporters lobbed questions at Christie over his decision to kill the ARC tunnel in 2010, Booker batted them all down and said he “hated” reopening that particular old wound. (At this, the cameras caught a slight grin on Christie’s face.)

In the gubernatorial primaries, Kim Guadagno unveiled her plan for a hefty new property tax credit, Phil Murphy went to a group of skeptical bankers to sell his public bank idea, and ELEC set the dates for what should be an illuminating set of debates.

CORY BOOKER
The senator took the lead this week in calling for federal funding for the Gateway project, which would add sorely needed rail capacity from Newark to New York and a new tunnel under the Hudson. He made a simple and eloquent case for the massive and complex infrastructure project, describing it as not just a regional issue but an American one that stands to affect the national economy. His efforts got the attention of U.S. Transportation Secretary Elaine Chao, who said hours after Booker’s news conference that she intends to come take a look at the situation.

SCOTT GARRETT
He was not down for long after being ousted from his 5th District congressional seat in November by Democrat Josh Gottheimer. The White House announced late last Friday that the New Jersey Republican would be President Trump’s nominee for president of the Export-Import Bank. Sure, Garrett thinks the place is an abomination and a den of crony capitalism, but it’s a living.

STEVE FULOP
The Jersey City mayor announced he has $1.8 million stored up for his re-election campaign this year, far above any of his challengers. Fulop, whose abrupt exit from the Democratic primary for governor last year opened up a clear path to victory for Phil Murphy, and his slate raised $155,000 in the first quarter of 2017, about three times as much as his closest competitor.

CAMDEN
The Camden area had the highest percentage increase in job growth in the United States from February 2016 to February 2017, according to U.S. Department of Labor data, a tie with Dallas. That’s a refreshing headline after years of ranking among the poorest and most violent cities in the country. “In the past, Camden was portrayed as crime-ridden, but now it’s job-ridden,” said Rep. Donald Norcross.

NEW JERSEY
The Bureau of Labor Statistics reported that New Jersey lost a staggering 17,500 jobs in March, while its unemployment rate hit a 10-year low of 4.2 percent. So the economy is both terrific and awful, right? The science behind the two numbers is all very logical, but the totally disparate results make the BLS seem a bit like one of those doublespeak ministries in “1984.”

THE NEW JERSEY GOP
Kim Guadagno told a crowd of bankers that state Republicans have no shot at winning back the Legislature this year. Save Jersey blogger Matt Rooney blamed Christie for failing to build up the party. And Christie, for his part, billed the state Republican Committee $11,677 to stay at Trump’s five-star hotel during the inauguration.

BEDMINSTER
With Mar-a-Lago closing for the season, expect President Trump and his helicopters and Secret Service dogs and motorcades and visitors to routinely invade the Somerset County township where Trump owns his favorite golf course. A great show, for sure, until you see all that local police overtime on your property tax bill.

97 POLITICIANS ACROSS THE STATE
The state Election Law Enforcement Commission finally has a functioning board again after a year of inaction caused by vacancies, which means it just unleashed a year’s worth of stalled complaints and fines against 97 pols who were caught breaking campaign finance rules. Among those fined were former Bergen County Executive Kathleen Donovan (R) and former Atlantic City Mayor Lorenzo Langford (D). 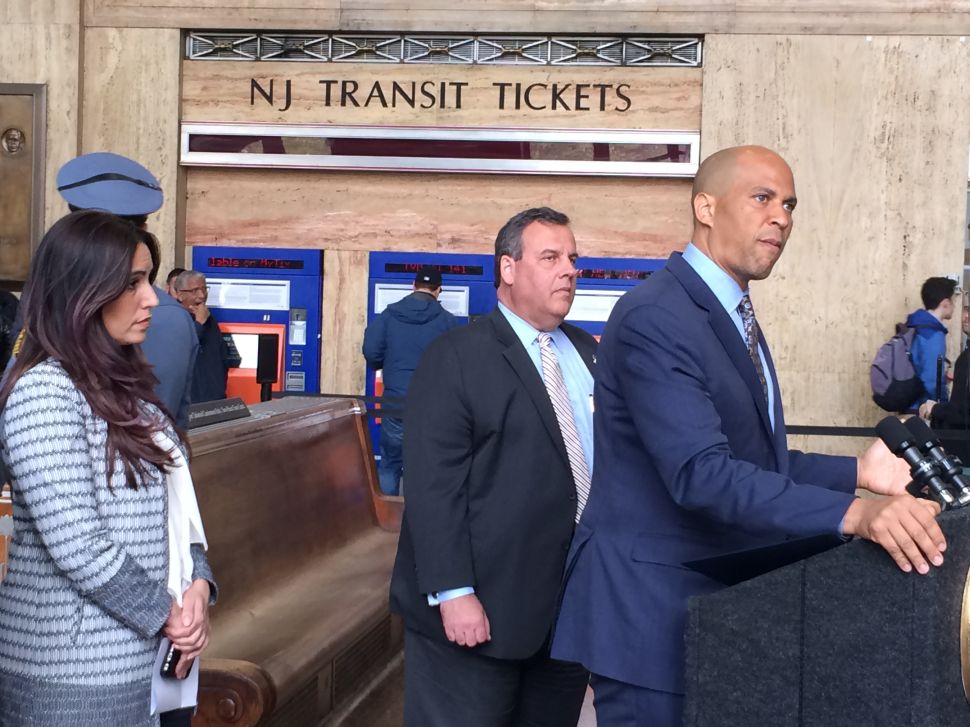