We run out of words to describe this miracle we call Wire.

Wire, who are 40 years old this month, are releasing the best music of their career. They have just released their 15th studio album, Silver/Lead. It is flawless. In fact, it is their third consecutive flawless album.

Quietly, like a true saint amongst the pale-skinned pretenders we have worshipped since we fell under the sway of artful college rock (did you enter this temple 35 years ago or 13 months ago?), Wire are asserting that they are, perhaps, the greatest art-rock band of all time.

I don’t know who broke your heart, or what job you have or what college you went to; but regardless of whether you attended Purchase or Reed or UC Santa Barbara, I know that you and I can have a conversation about Syd Barrett or the Flaming Groovies, and I know that you probably have some strong opinions about Cheap Trick’s In Color or the Zombies’ (beautifully misspelled) Odessey and Oracle. I know that you and I can probably talk about Mitch Easter or the Monochrome Set; we may even share some thoughts about the Wipers or the Lyres, Minor Threat or Throwing Muses.

We are aging, dying, proud, and forever members of Generation B-Side. We clutch our memories, we all recall when SXSW “meant” something. We all come from Chronic Town. Some of us even remember Tad.

You and I, we talk the same language.

So when I tell you that Wire are the greatest art-pop band of all time and now, in their 60s, they are making the greatest music of their career, you may trust me, or at least hear me out.

After all, I trust you. You know something—a little, a lot—about punk. You know something about the stranger darkrooms of culture where hidden classics are developed; words like “Chris Bell” or “R. Stevie Moore” or “Peter Holsapple” may be at least a little familiar to you. You know that these words are shorthand for beautiful, purple-lit alleys of our culture where swaying, cinematic dust motes reflect the neon signs outside of creaky used record stores, and our memories are crowded with blue-lit clubs full of perfect jukeboxes and the gothic, seismic peals of the Swans.

I also know this: Each of us has our own mental polaroid of perfect pop music. It is bittersweet and reflective of lives lived on the edge of Underground Town, this place that made us feel welcome when the soldiers of Bon Jovi or Beyoncé or Kansas or Kanye made us feel threatened or unloved.

We were forged by the sad surprises of Nick Drake and Nilsson and sat in a church Brian Wilson built for us, where pop was magnificent, majestic, and both weighted with teardrops of rejection and lifted by the ambition of genius. Our pop was sad, perfect, and beautiful. It whispered lullabies we believed only our heart could hear. Tragic, magic—we are its children: Big Star’s “Holocaust” and of course “Pale Blue Eyes,” nearly every word of saintly failure Elliot Smith, and John Cale’s 1919 and Magnetic Fields, all of these occasional geniuses handing us tickets to their brightly light yet somehow lonely carousel.

We are friends. This tragic, magic art bubblegum is at our very core.

And here I tell you: Wire is your King.

Wire is the greatest art-rock band of all time. I have circled around this idea for a while; indeed, I may have even suspected this nearly half a century ago, when their first three albums, Pink Flag, Chair’s Missing, and 154, stunned my teenage ears (Pink Flag was the first punk-era album that “felt” like a Beatles album to me, the first album from the new era of reductionists and revivalists that hit me the same way the Beatles’ hit me).

But now I can say this, without reservation: Wire is the greatest art-rock band of all time (repetition is tic and friend), Silver/Lead (released almost literally on the day of Wire’s 40th anniversary) is their third consecutive low-key masterpiece, full of sugarpaint opium haze sadhappy pop, built in punk’s framework but executed with the colors of echoing, oceanic art rock.

Silver/Lead is a seductive, buttermilk-and-brushwire short-haired sugarshock of cashmere and electricity. It is loving and open hearted, a panoramic vision of a musical world built upon the simplicity of punk rock, but set in a enchanted ether that sounds like Van Gogh’s magical psychescapes, full of lysergic sunset pastels and far northern summer midnight blues.

Hah, I am so full of shitty words, but this is what I say again and again: Silver/Lead establishes, without any doubt, that Wire are the art-pop messiah so many of my generation were always seeking.

Everyone else was a pretender—and there were some damn good ones, too; my mind, creeping and aging and holding the tear-wet reins of memory, recalls everyone from the Durutti Column to Love Tractor, the Feelies or Faith-era Cure, the gothic, emotional sugary angst of Fables of the Reconstruction-era R.E.M., oh my god and so much more—but none, no one, not even Radiohead or even LS(ugar)D(ark) Sigur Ros, have achieved what Wire have achieved so consistently over the past half decade.

The three albums they have released in (exactly) the last 24 months—2015’s Wire, Nocturnal Koreans from 2016, and Silver/Lead—are not only flawless, but so similar in palette that I wonder if they shouldn’t be thought of as one single work (and it is wholly rewarding to put all three together on a playlist, and just shuffle the sequencing). I also have an odd feeling that Silver/Lead is the last in a series, this period of Wire that is characterized by lush, downy, chiming, R.E.M.-via-Tangerine Dream electric pop where Wire’s early minimalism and shock is tempered by creamy texture and Association/Nilsson-like melody. Who knows where Wire will go next.

There’s something else miraculous going on here. Usually, art-pop has some kind of overlying agenda, some kind of point it’s trying to make about where it fits into the culture, or where it stands in rock history; for instance, think of the way the Cure cultivate a kind of foggy English darkness, or the way Radiohead virtually insist, in every bar of music, that the listener notice how bloody “different” and brilliant they are.

But Wire and Silver/Lead insist on nothing. Honestly, I cannot think of anyone—even art-pop groups I treasure, like Kraftwerk or Harmonia or R.E.M. or Pink Floyd—who isn’t overlaying some kind of cultural or spiritual agenda, or some kind of instruction for “how” the listener should regard them in their music. But Wire appears to have no agenda, other than to make perfect art-pop records, full of precise brushstrokes and burnt sugar melodies. It’s almost as if they are making these records just for themselves.

It’s also useful to discuss Silver/Lead within the framework of other older artists or first-generation punk artists. Almost without fail, elder artists—punk and otherwise—release new music as an aspect of merchandising; a new album is yet another item to place on the merch table or the website, or something to spin off tour marketing.

Very few archival rock artists seem to be attending to their new music as if their life and their legacy depended on it. But I say, without any hesitation, Wire approach each new album as if it’s their Abbey Road, and they assume we are willing to go with them, or perhaps they just don’t care whether we do or not.

I also strongly suggest that you engage with the album as an aspect of a 29-song masterpiece Wire have made over the past 24 months; each of these albums—Wire, Nocturnal Koreans, and Silver/Lead—can be loved and enjoyed separately, but when you hear them together, when you think of them as sides of the same soft and persuasive triangle, you are hearing the kind of consistent, brilliant art-rock catalog that has been virtually unequaled in the history of rock music.

We grow, we shrink, we become less than me and we become more than a family, dreams shatter and then reform into beautiful realities, but that pop has always been there with us, Wire had always been there. Quietly, adamantly, with patience and genius, they have become the band of our lives. 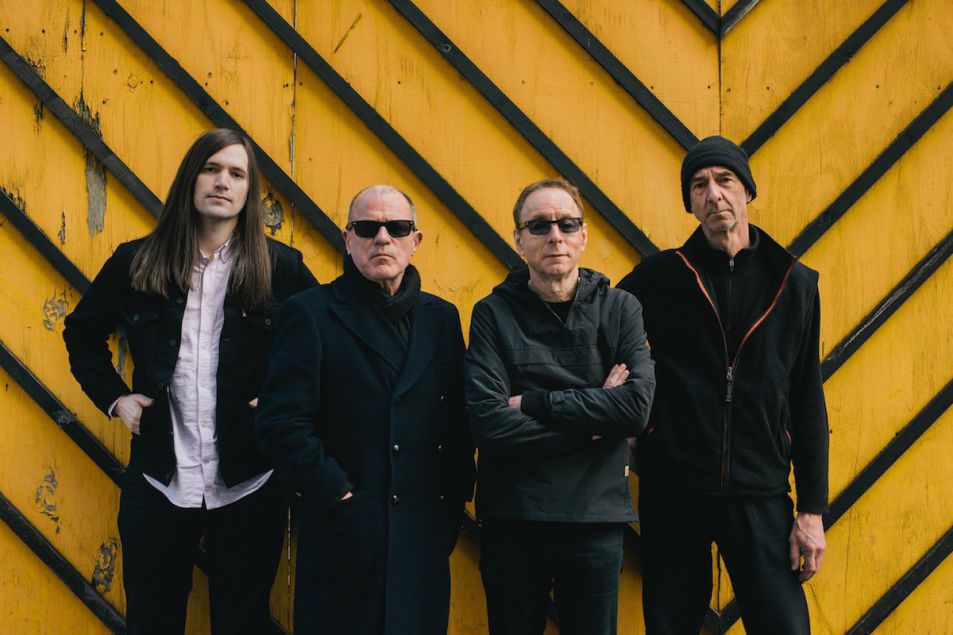