With Xi Jinping journeying to President Trump’s home at Mar-a-Lago in Palm Beach, Florida, it is worthwhile to question whether the world is witnessing the slow unfolding of one of those repetitive sequences of history. Is the Trump-Xi meeting a manifestation of the passing of the torch of leadership between two great powers, one ascending while the other works to make itself “great again”? What can history tell us about the cyclical nature of rising and falling powers and where the United States lies in its arc of life?

In December, 1941 Winston Churchill made a secret trip to Washington, DC to spend the holidays with Franklin Roosevelt. Coming so close after Japan’s attack upon Pearl Harbor and the United States’ formal entrance into World War II, the visit provided an opportunity for the two leaders to plan wartime strategy between the two Great Powers; one youthful and exuberant, the other perceptibly in decline. Churchill had already exhausted his monetary reserves purchasing equipment from the Americans during the previous two years and the effects of the Lend-Lease agreement were finally being felt, so it was not the beginning of the end for Great Britain, but it was, in Churchillian terms, the “end of the beginning” of Britain’s decline.

The final acknowledgement of the passing of the torch, economically, militarily and diplomatically, would come in 1947 when Great Britain formally notified the United States that it could no longer oversee the stabilization of Greece and Turkey, two nation’s that lay within Britain’s traditional sphere of influence. With that note, the United States emerged as the leader amongst the free, democratic nations of the earth. This conditional relationship held for another three decades until the fall of the Soviet Union firmly passed full global leadership to the United States.

It was not, however, analogous to any hegemony that had previously existed. Rome had no parallel for the Bretton Woods agreement establishing a stable international economic system. Spain never founded a United Nations where states could pursue independent initiatives democratically. Napoleon’s France never created a North Atlantic Treaty Alliance with willing nations to pursue mutual security. The voluntary cooperation to pursue free trade, individual liberty and a peaceful world is unprecedented in recorded history. In the 70 years that followed World War II more people were lifted out of poverty, saw their literacy expanded and lives extended than in any other era in human history. History does move on, however.

The economic crisis of 2008, lead from behind commitments to allies and a decade of political turmoil and gridlock have raised questions regarding the continued effectiveness of the American led global system of governance. These questions come inconveniently just as China’s strong economic growth, long term, albeit authoritarian, political stability and expanding global diplomatic and economic presence have granted it a prominent position in the international arena. These circumstances have proposed the question of what historical lessons from Britain’s decline and America’s rise can tell us about China’s future? Is the United States on the way down? Is China the next global leader?

It is apparent that China would like, at a minimum, to return to its traditional position as the “Middle Kingdom” in the Asia-Pacific region, a position it occupied for almost two millennia. Xi Jinping’s public statements confirm that he seeks a prominent role for himself and his country, and his actions in Africa, the Middle East, central Asia and in the maritime regions of the East and South China Seas confirm that he is willing to challenge established norms and even violate international laws to achieve his goals.

However, unlike the United States, there seem to be a scarcity of voluntary followers for China’s alternative international system of governance. While small nations, eager to attract investment, seem willing to deal with the rising power, larger nations in the region appear to be bandwagoning against China’s military and cultural aggression.

In the end, global leadership is really the United States to lose. The current international system is based upon voluntary economic, legal, diplomatic and military participation. If the United States was to give way to Chinese demands that it respect China’s historic leadership in the Western Pacific, if the United States was to tacitly recognize a Chinese “Sphere of Influence,” it will delegitimize the remainder of the U.S. led global consortium and invite the establishment of other spheres elsewhere in the world. Historically, spheres are inherently competitive and destabilizing.

President Trump would do well to remember the lessons of history and deny China’s requests for recognition of its “Middle Kingdom” status in Asia. Such recognition will signal U.S. decline and lead possibly to international war. While it is true that history does not exactly repeat itself, it rhymes, and Xi Jinping comes to Mar-a-Lago whistling a familiar tune.

Dr. Jerry Hendrix is a Senior Fellow and Director of the Defense Strategies and Assessments Program at the Center for a New American Security. He is a retired Navy Captain and former Director of Naval History. 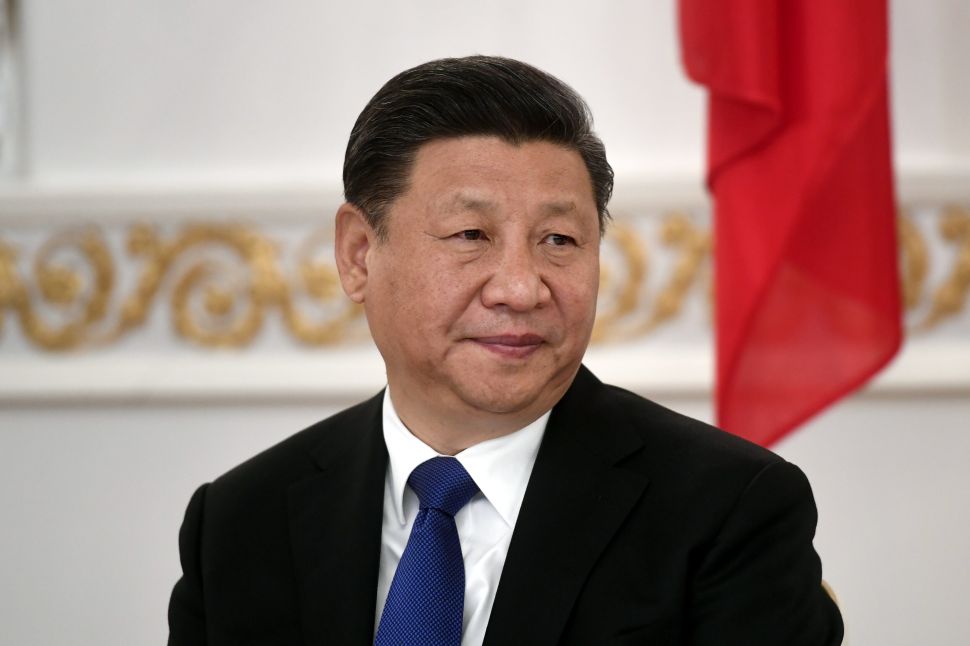